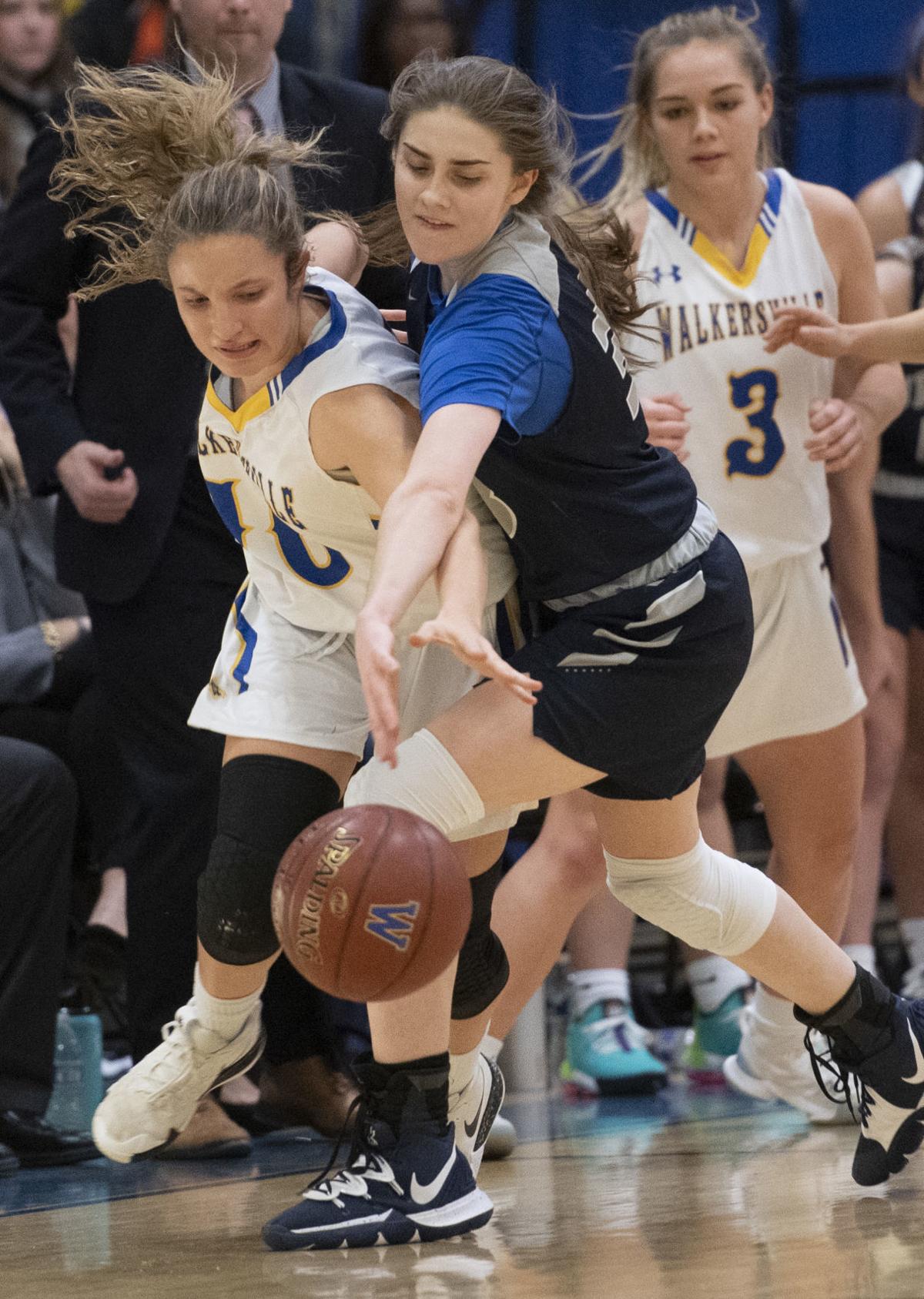 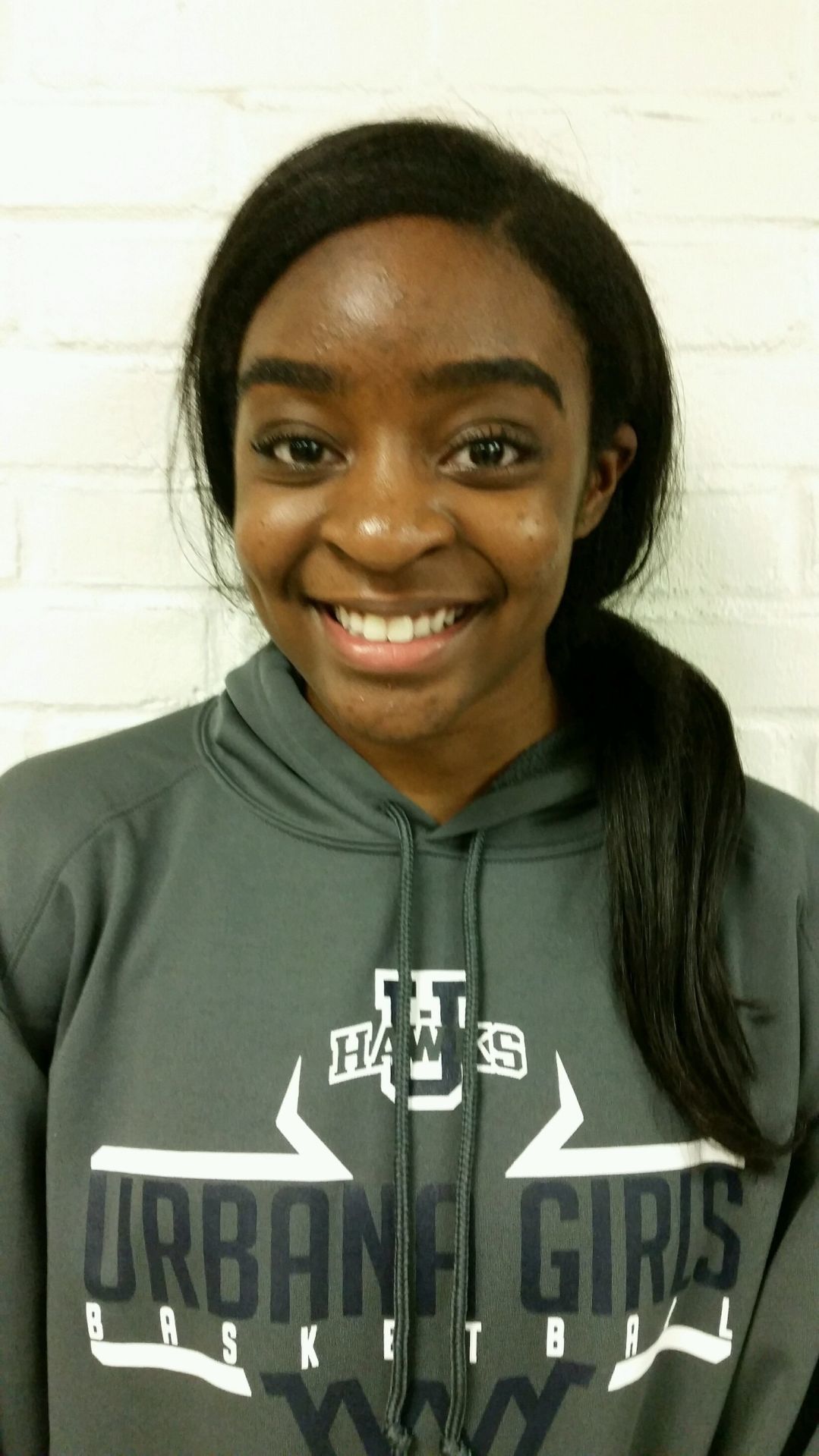 WALKERSVILLE — Anticipating the pass heading her way into the post, Urbana’s Carmen Kweti jumped into a passing lane.

It was a gamble, and Kweti didn’t get the steal she wanted Friday at Walkersville. Instead, the Lions’ Rachael Okonah, the player Kweti defended, caught the pass and made an uncontested layup.

The end result didn’t faze Hawks coach Joe Blaser at all. That’s because Kweti’s aggression was quite fruitful during certain stretches of the basketball game as she made her fair share of steals for an Urbana team that forced 25 turnovers in a 54-34 victory.

“If you press, you’re going to have to give to get sometimes,” Blaser said. “That’s the life of pressuring. We’re trying to play the odds, and we think we’ll get more than we give up if we stick with it.”

Kweti posted team highs of 16 points and 15 rebounds for the Hawks (5-3), who played their first game in two weeks. The 5-foot-11 post player scored Urbana’s first three baskets of the third quarter as a nine-point Hawks lead increased to 15, and the Lions (2-8) couldn’t slice their deficit under 13 points the rest of the way.

But as Kweti started learning the game, her father, Gedal, who played high school and college basketball, established defense as a foundation for his daughter. Over time, she has grown to love getting her hands on the basketball on the defensive end and helping jumpstart her team’s offense.

“He would always say if I make a mistake, make it up on defense,” she said. “That’s basically the first thing he taught me playing basketball.”

Kweti gets plenty of help from three other similarly long-armed teammates who stand at least 5 feet, 11 inches tall in Emma McCaskill, Paige Clausen and Megan Degrouchy. The Lions aggressively attacked the paint, but once they got to the rim, one or more of those four players often blocked or altered their shots.

“Honestly, it’s really nice to have a big team,” Kweti said. “In middle school, I was the only tall person, so there was pressure put on me a lot. It’s good to have everybody else as tall as me, and we’re all able to do the same thing.”

Blaser relishes having all that size in the paint at his disposal, and he preaches making every shot the opponent takes a contested shot and “using our length to our advantage.”

“It’s great for them in practice to go up against each other,” Blaser said as he stood next to Kweti. “They’re seeing some good size in practice every day. Her and Emma would both say they don’t like guarding each other in practice because they’re both so physical.”

Hannah Orens scored 11 points for the Hawks, who held Walkersville to 27 percent shooting. Lions coach Troy Bolyard has no issues with the effort his players give, saying they must find a way to improve their shooting percentage. Walkersville has shot above 30 percent in just one of its games this season.

“They’re big girls are athletic,” Bolyard said of Urbana. “[Kweti] is very athletic — we knew that coming in. She rebounds the ball tremendously, and Hannah, their little point guard, kind of makes them go, and she’s hard to guard.”

Payton Moots collected 10 points and five rebounds while Ryley Bolyard had nine rebounds and three steals for the Lions.

Walkersville defeated Urbana 30-26 in the junior varsity game, getting 13 points from Emma Bowers.

You were coming off the bench for your team last year. Can you talk about your role?

In a special, bonus edition of the Final Score podcast this week, coaches and athletes from the Urbana girls and Oakdale boys track teams discuss their state indoor team championships.

With her team sitting in second place in the Northeast Conference and riding a six-game winning streak, Maria Marchesano, the women’s basketball coach at Mount St. Mary’s, is a guest this week on the Final Score podcast.

With the start of the playoffs approaching, Oakdale boys basketball coach Brandon Long is this week’s guest on The Final Score podcast.