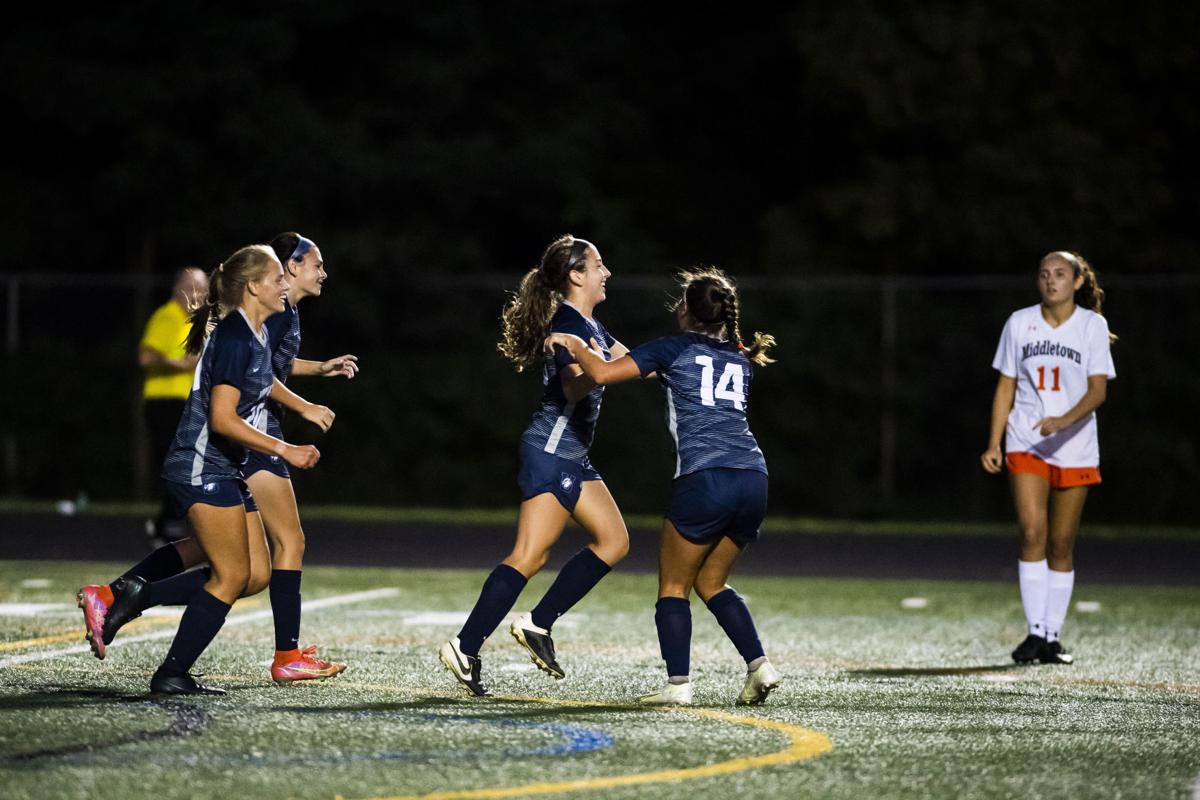 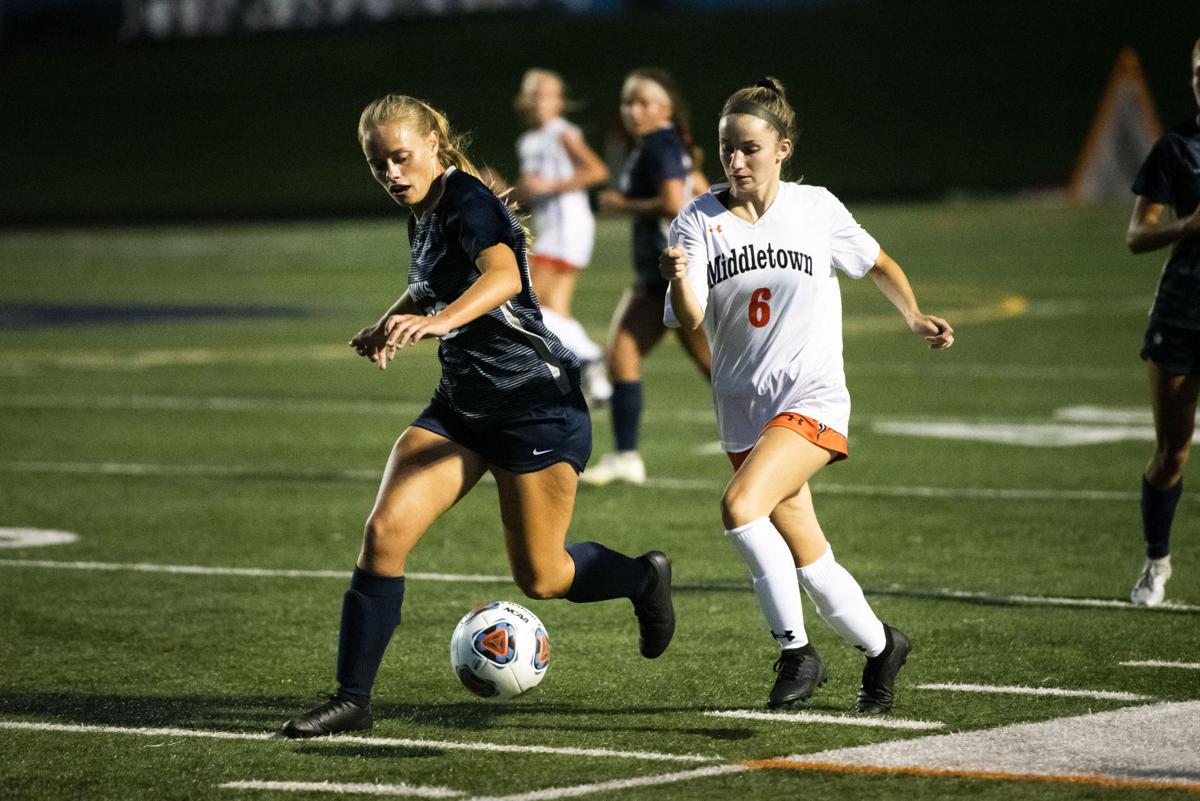 URBANA — Keith Bauer, the girls soccer coach at Urbana, knows this season will be played on a learning curve, and that the fate of the Hawks’ season will largely rest on just how steep that curve turns out to be.

Bauer is counting on many underclassmen to play prominent roles this season.

Last weekend, many of them got their first real taste of varsity soccer after an abbreviated spring season, and Urbana went 0-2 in a tournament in Montgomery County, losing to Walter Johnson 2-1 and Richard Montgomery 2-0.

Back on their home field Thursday night, the Hawks appeared to be a little more settled, and that was reflected in a final result, a 3-0 victory over Middletown in a physically played contest.

Sophomore Hailey Smith and senior Paige Shaver capitalized on opportunities to score goals, and sophomore Morgan Sherrill capped the scoring in the last five minutes by putting one directly in off a corner kick.

“We probably should have had three or four goals on corner kicks tonight,” Bauer said. “Morgan had some great services in there.”

Several Urbana players are playing their positions for the first time, and Bauer wants them to take chances and be aggressive.

“Go ahead and make mistakes,” he said. “I want you to make mistakes. Then, we can correct them. If you are timid, I can’t correct you. Be aggressive. If you broke too early, OK, we can discuss it. But if you are too afraid to make that run, you are never going to learn.”

Along those lines, Smith was assertive in the closing minutes of the first half. She won a contested ball with a Middletown player and then was in by herself on the Knights’ goal. She buried her shot with 2 minutes, 30 seconds to play in the half.

Then, as the game neared its end, Shaver, one of the more experienced players on the team, jumped on a ball that was pinballing around the goal box following a corner kick. She gave Urbana a 2-0 lead with 5:44 to play.

“We work on corner kicks every day. If I didn’t get that in, Coach Bauer was going to be livid at me,” Shaver said in a joking manner. “So, I am like, ‘Paige, you have to get this in.’ So I did. It was good.”

The Hawks were playing a little shorthanded with a handful of players out of action due to injury or illness. Bauer’s No. 1 wish for the season after the game was good health.

Defensively, Urbana made Middletown work for even the limited chances the Knights had. The Hawks dominated possession throughout the game.

It was a solid performance by Urbana, one to grow on in Bauer’s mind.

“I just want to see progression over the course of the season,” he said.

Now in his eighth season on the job, Troy Bowers has built the Tuscarora girls soccer program into a budding juggernaut.

With the fall high school sports season ready to go into full swing in Frederick County, The Final Score podcast relaunches with Frederick County Public School Supervisor of Athletics and Extracurricular activities as the guest.