You have permission to edit this article.
Edit
Football
Soccer
Basketball
Wrestling
Roundups
1 of 6 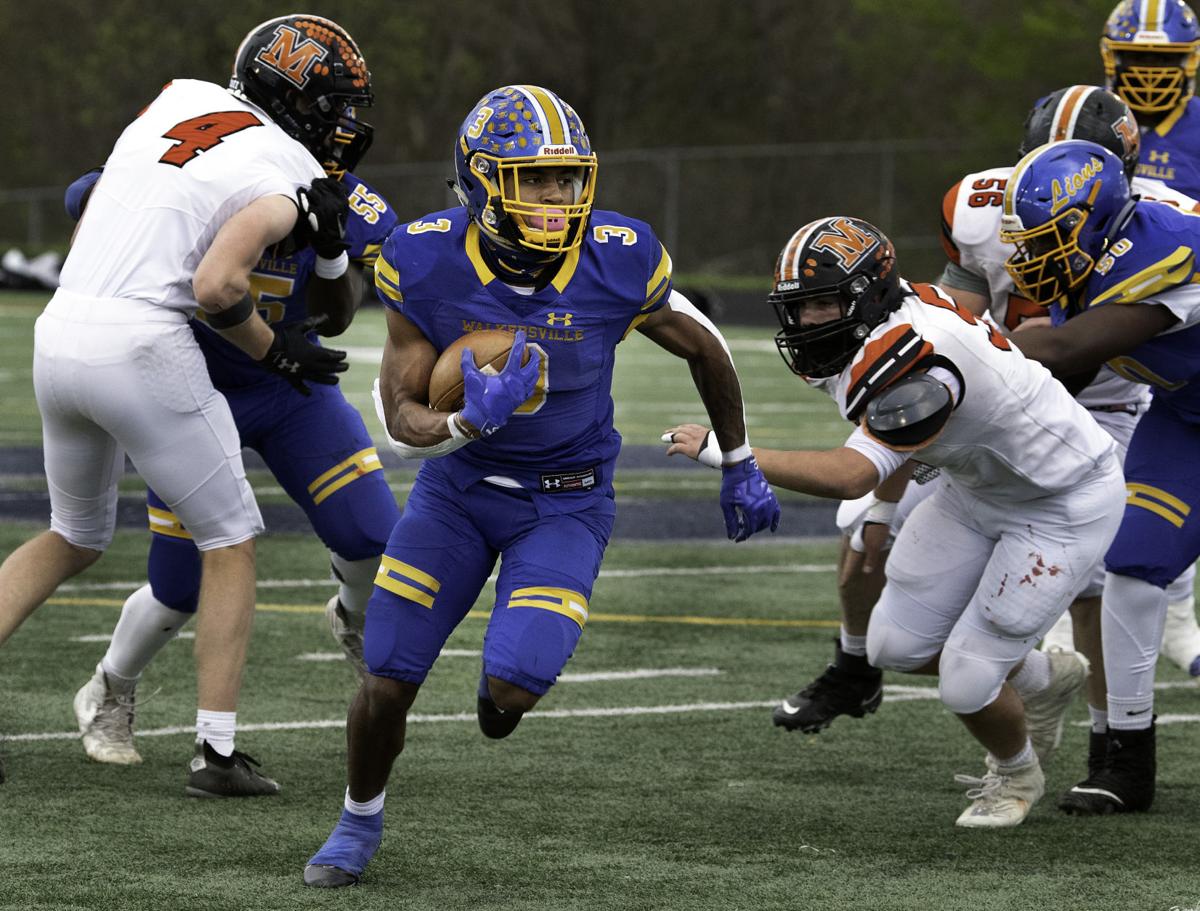 Walkersville’s Naseem Pacheco (3) runs through a big hole in the Middletown line on the way to score a touchdown last month at Urbana High School. 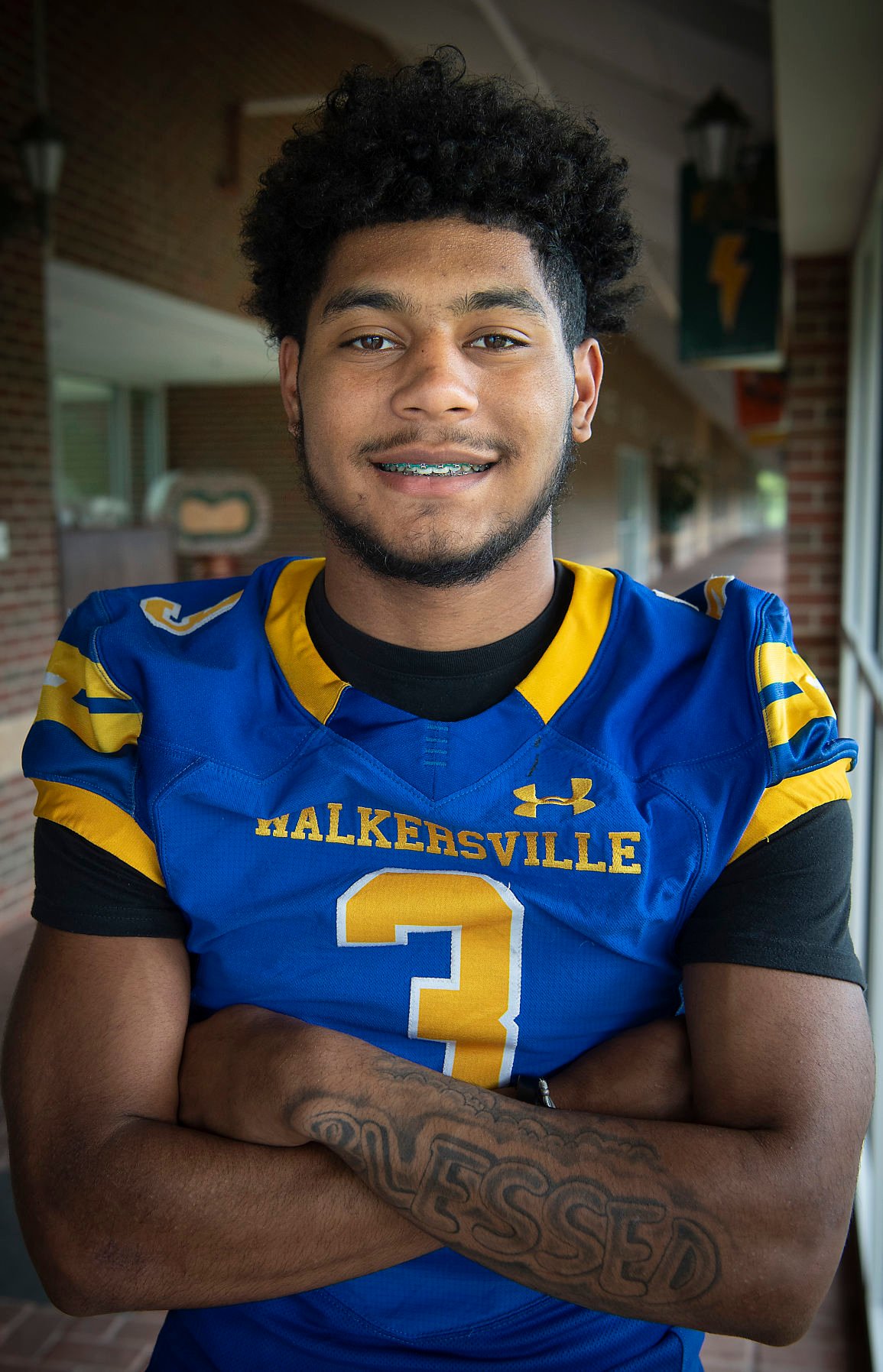 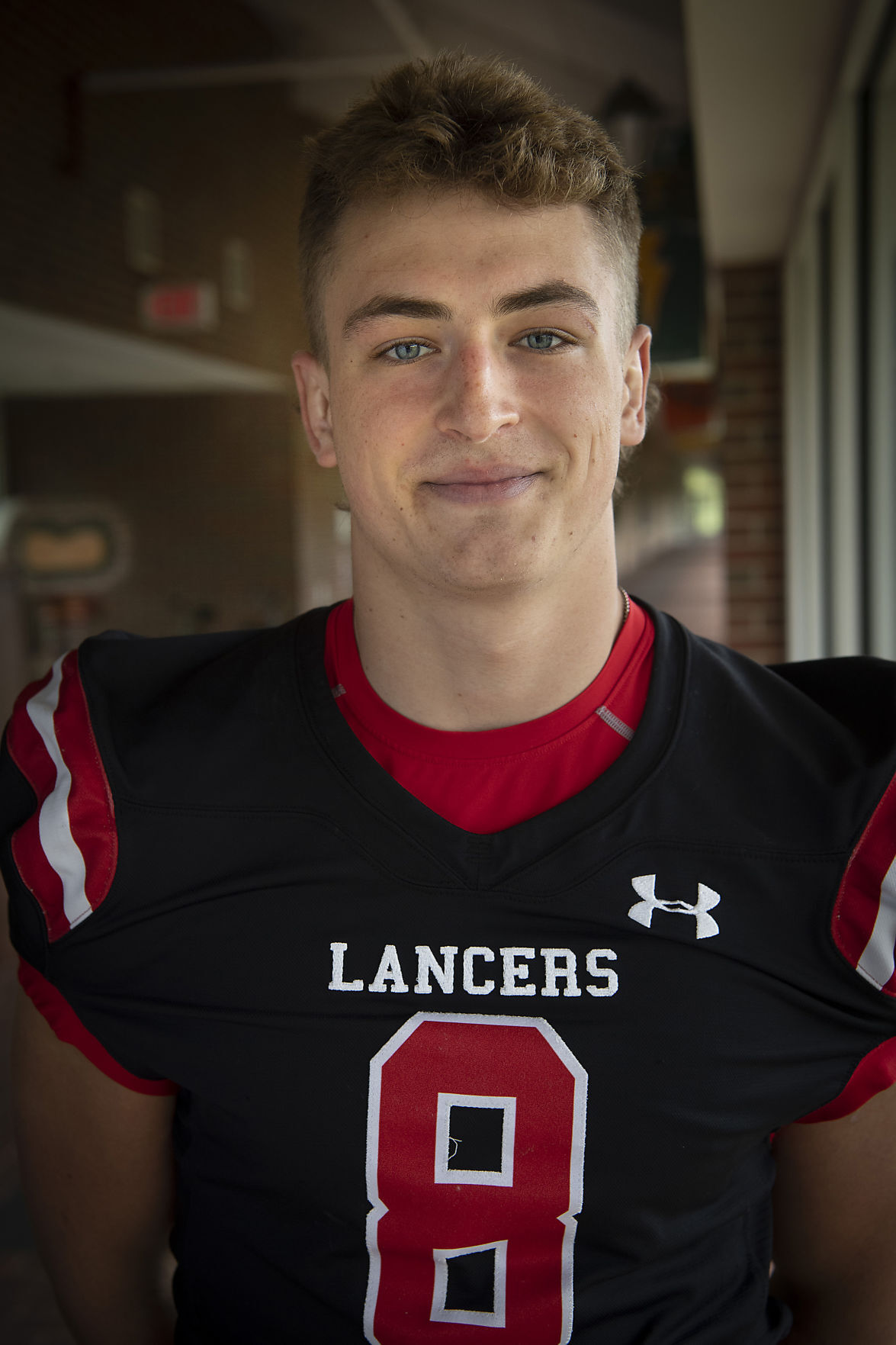 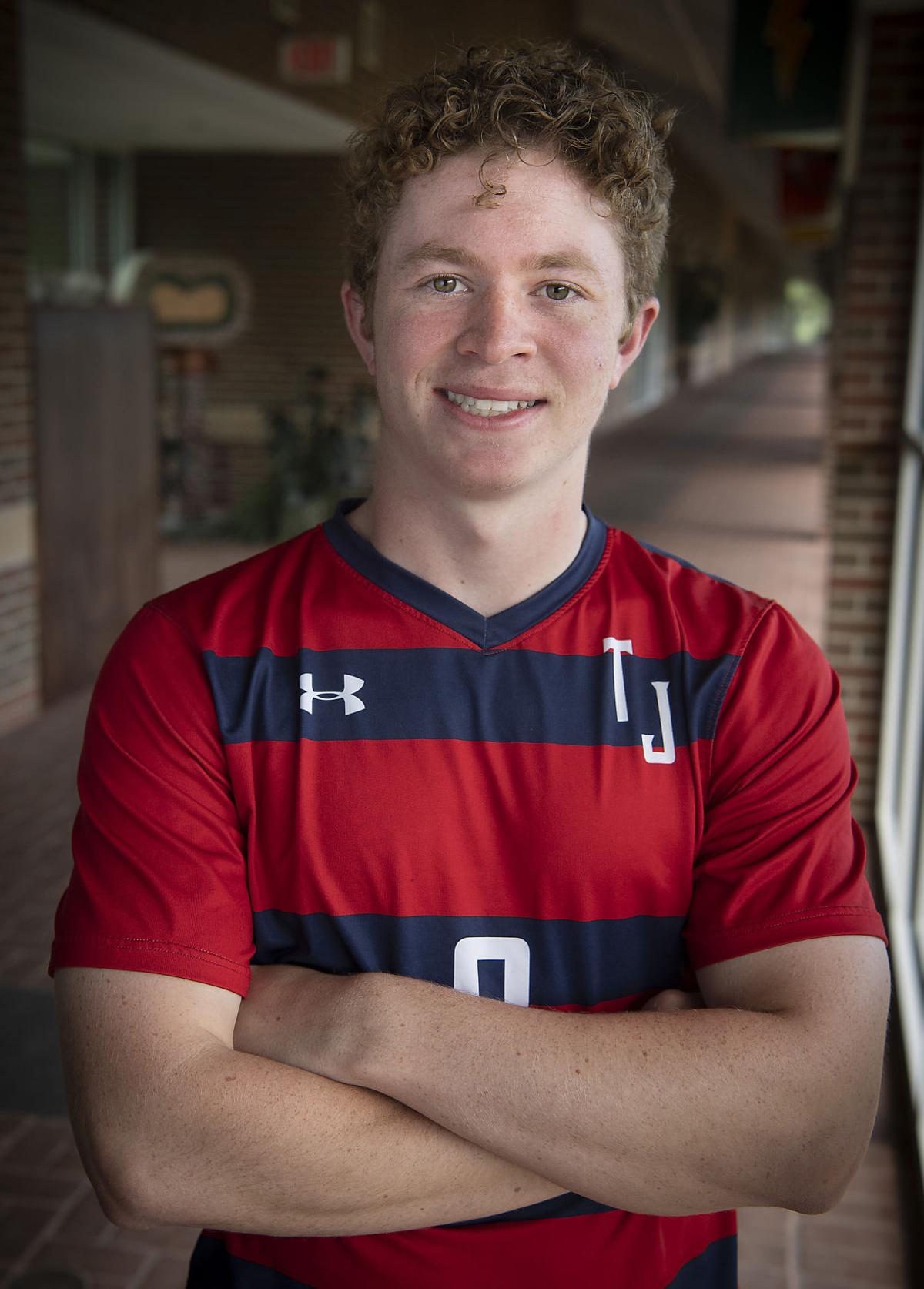 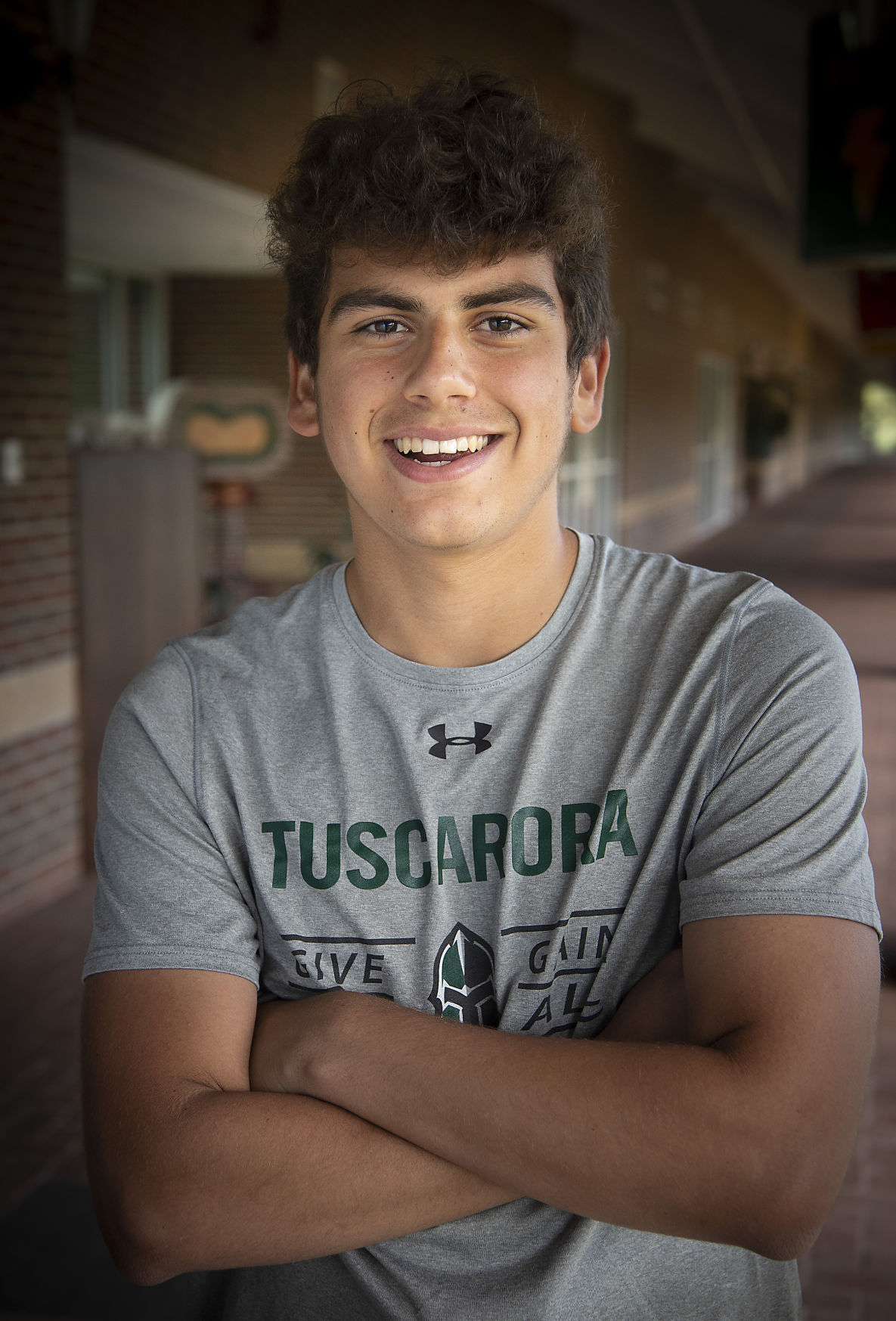 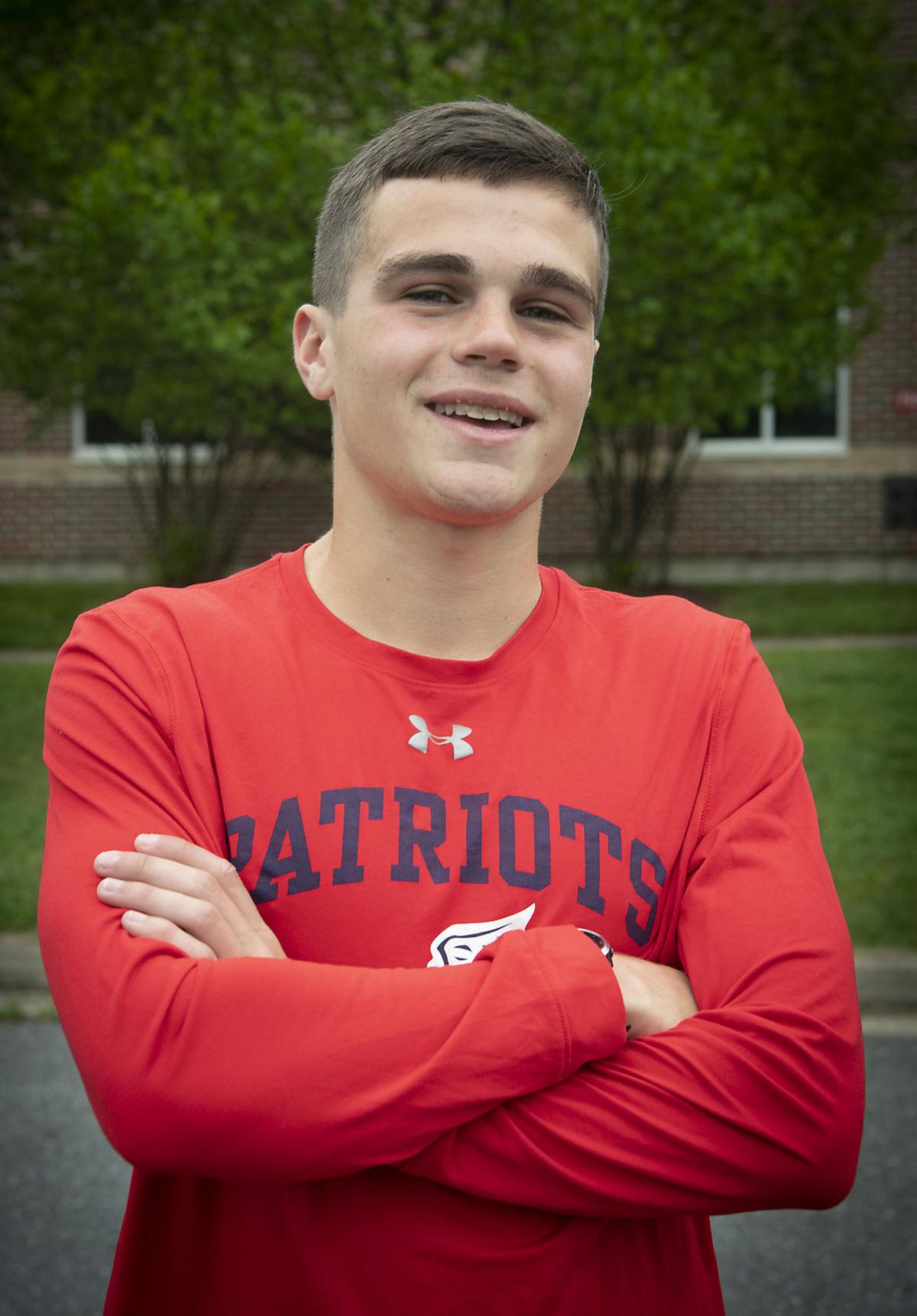 Walkersville’s Naseem Pacheco (3) runs through a big hole in the Middletown line on the way to score a touchdown last month at Urbana High School.

In his lone season with Walkersville after transferring from Tuscarora, Pacheco used his explosive speed to help the Lions go 4-1 and reach the Frederick County Public Schools championship game. The 6-foot, 190-pound running back wasted little time making an impact for his new team, rushing for 113 yards and two touchdowns on 16 carries in the season opener against Urbana. He also found a way to produce against Middletown's vaunted defense in the county title game, rushing for 129 yards and two touchdowns (including a 39-yarder) on 29 carries.

A game-changer who prompted opponents to avoid running on his side whenever possible and helped the Lancers go 4-1 this spring. Nonetheless, the 6-foot-5, 240-pounder still put up big numbers. Playing five games, he finished with 47 tackles (29 solo, 18 assisted), 10 tackles for loss, seven sacks and five passes blocked. The athleticism and motor he utilized to chase down ball-carriers also helped him rank as one of Frederick County's top tight ends and punters. He's a Team Maryland Big 33 selection and has received offers to play at Towson, Albany and Elon.

With excellent situational awareness and explosiveness, Grove was the top weapon for a powerful Thomas Johnson team that went 9-1. Grove contributed to 23 of TJ's 41 goals, finishing with 11 goals and 12 assists. He concluded his stellar career with three multiple-goal matches and six game-winning goals. Even those numbers, as impressive as they were during the abbreviated 2021 season, don't tell the full story of Grove's impact. Sensing where teammates and opponents are, Grove helped his team's attack by working the ball to an optimal location, whether it was behind him or in front of him.

Being a sophomore, Lombardi can still be called a young player, but his play and leadership belied his youth. Lombardi was a defensive cornerstone who also contributed on offense and served as one of Tuscarora's captains. In the eight matches he played, he helped the Titans post three shutouts and hold opponents to a combined seven goals. He also delivered in big games. Against undefeated Thomas Johnson, Lombardi helped prevent the Patriots — including offensive ace Carson Grove — from getting a single shot in the match. He also had a hat trick in that match, scoring a pair of penalty kicks and a free kick. That win sent the Titans into the Frederick County Public Schools championship match. As a freshman, Lombardi started every game at center back for a Tuscarora team that won the CMC championship match.

In his first three years at Thomas Johnson, Lombardo played for the school's boys soccer team during the fall. But his success with the Patriots' indoor and outdoor track and field teams, as well as his commitment to run for the University of Pittsburgh, convinced him to switch to cross-country in his senior year so he could bolster his capabilities as a runner. Lombardo took to his new sport immediately, winning the Frederick County Public Schools championship race with a time of 15 minutes, 57.52 seconds. His performance, along with teammate Mack McKeever's second-place finish, helped the Patriots win the boys team title at the county meet.