BRUNSWICK — When Patrick Thomas and Matt Harris were freshmen in the Oakdale wrestling room, they had strong examples to follow.

"It was all hard work," Thomas said. 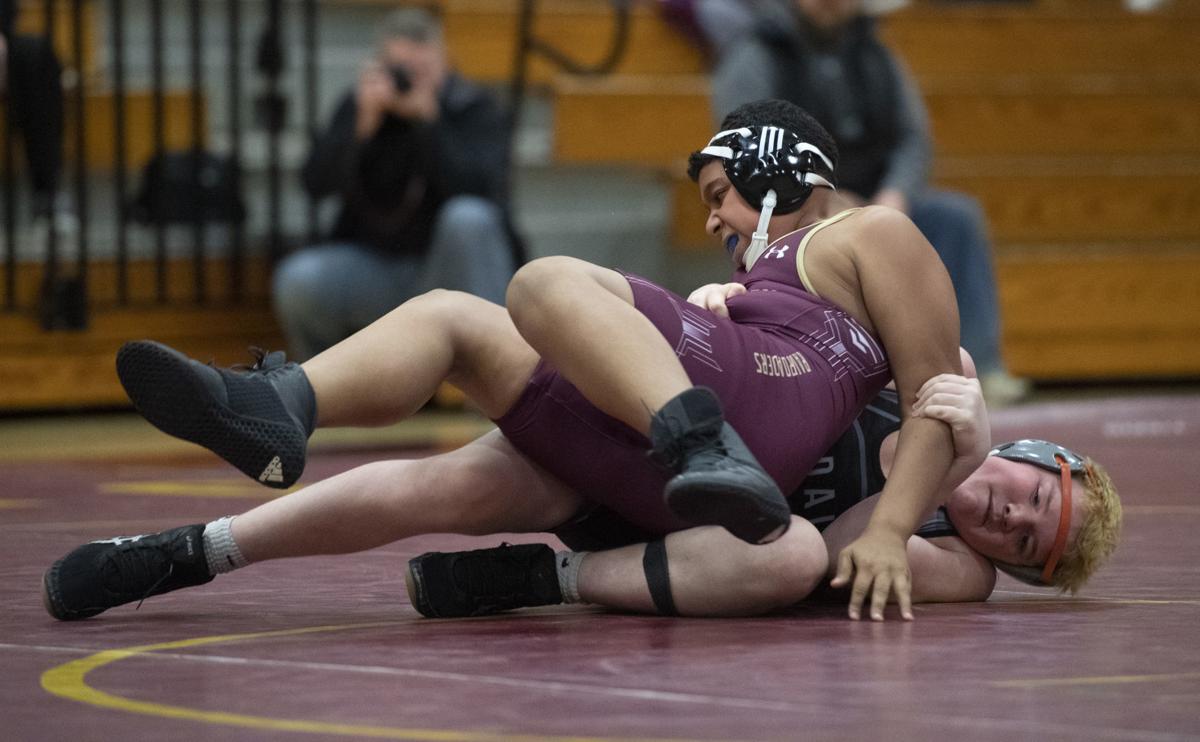 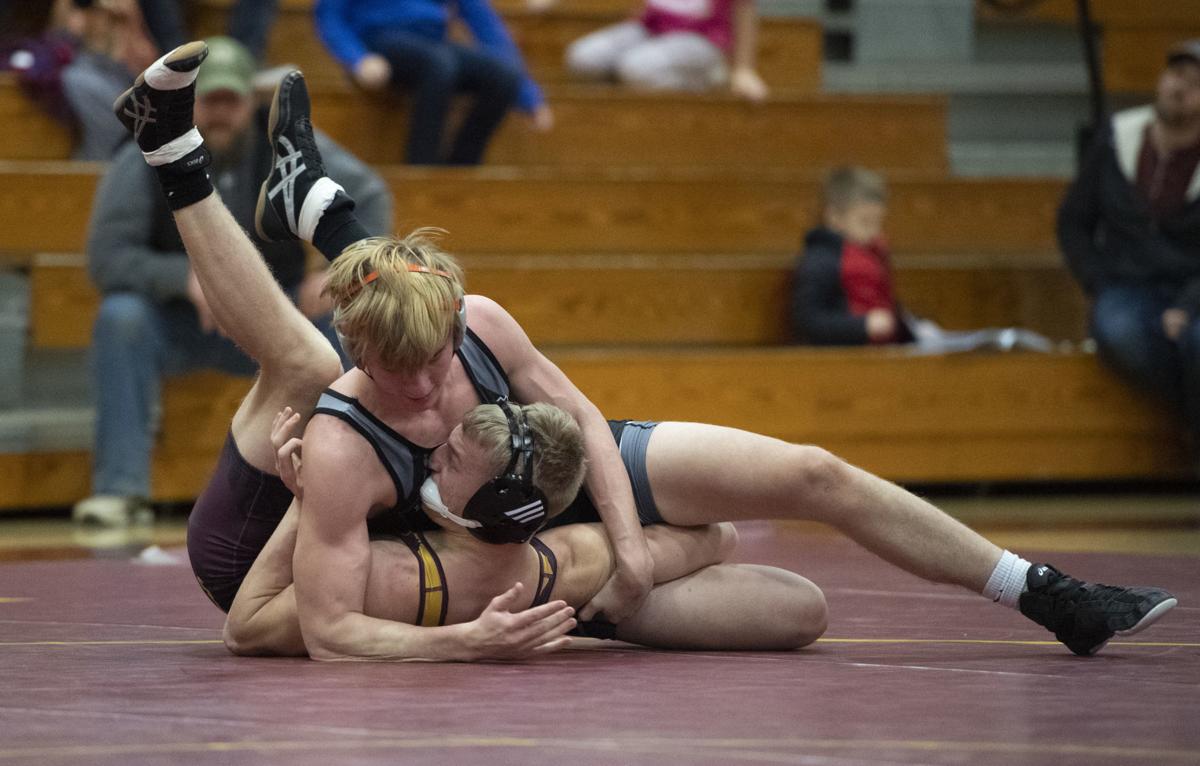 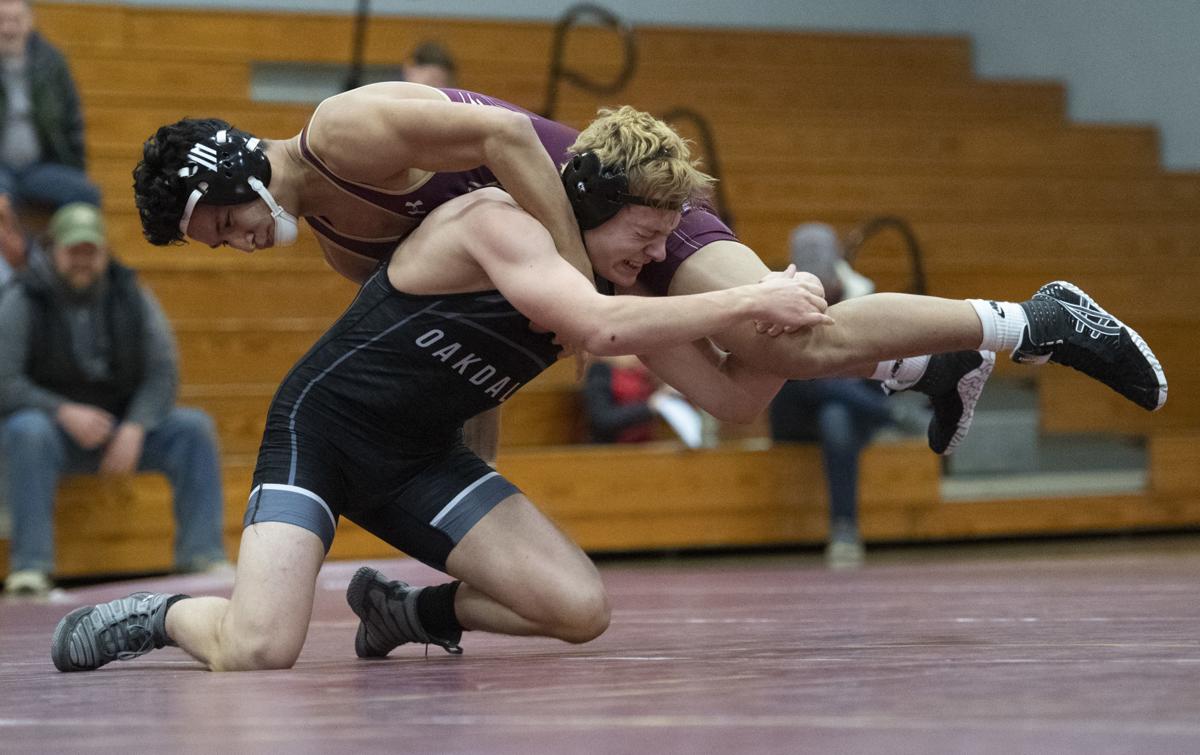 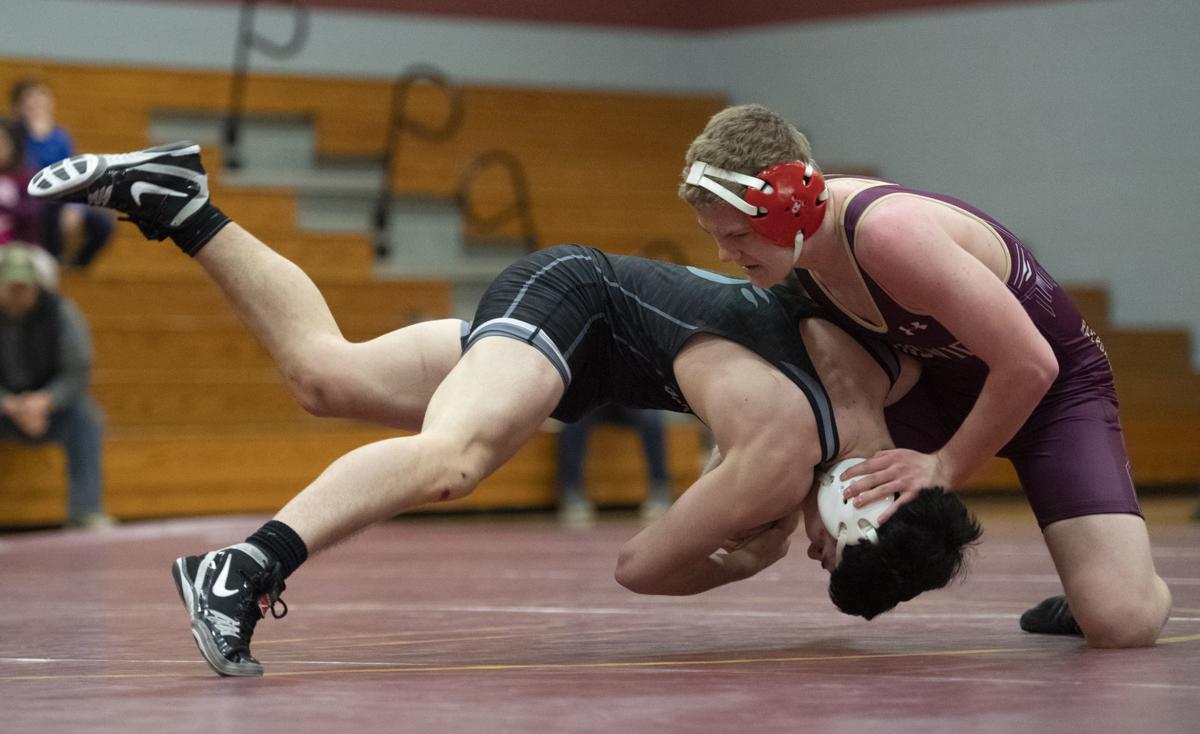 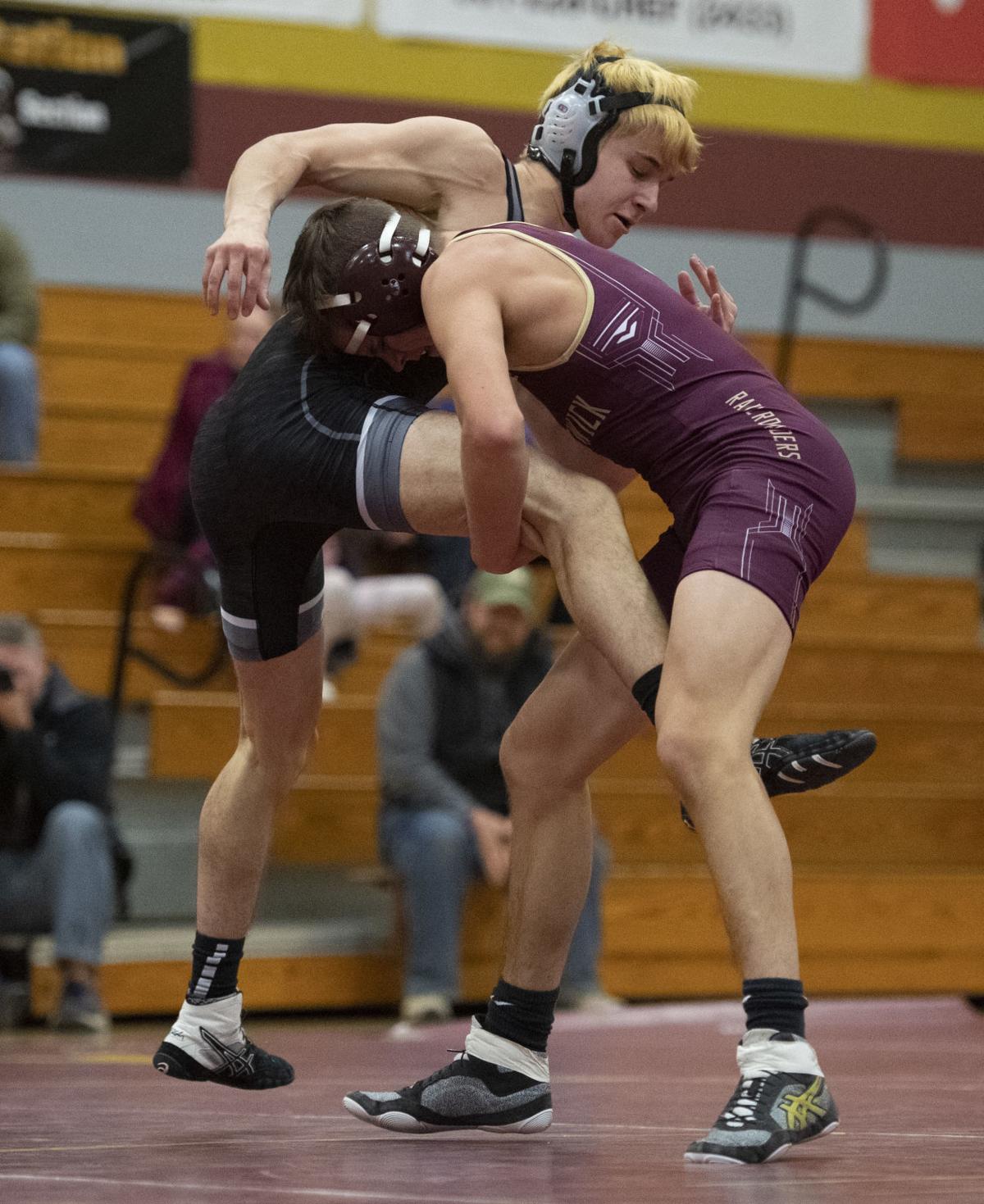 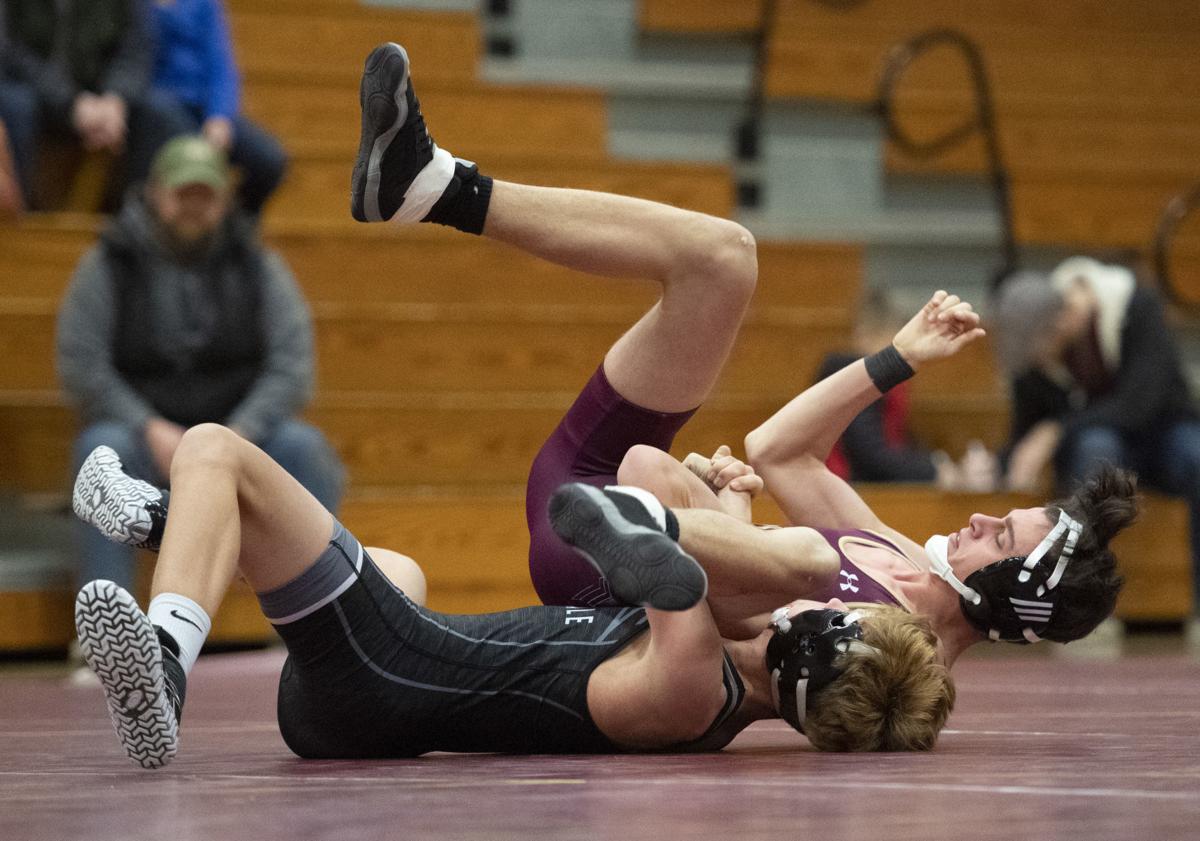 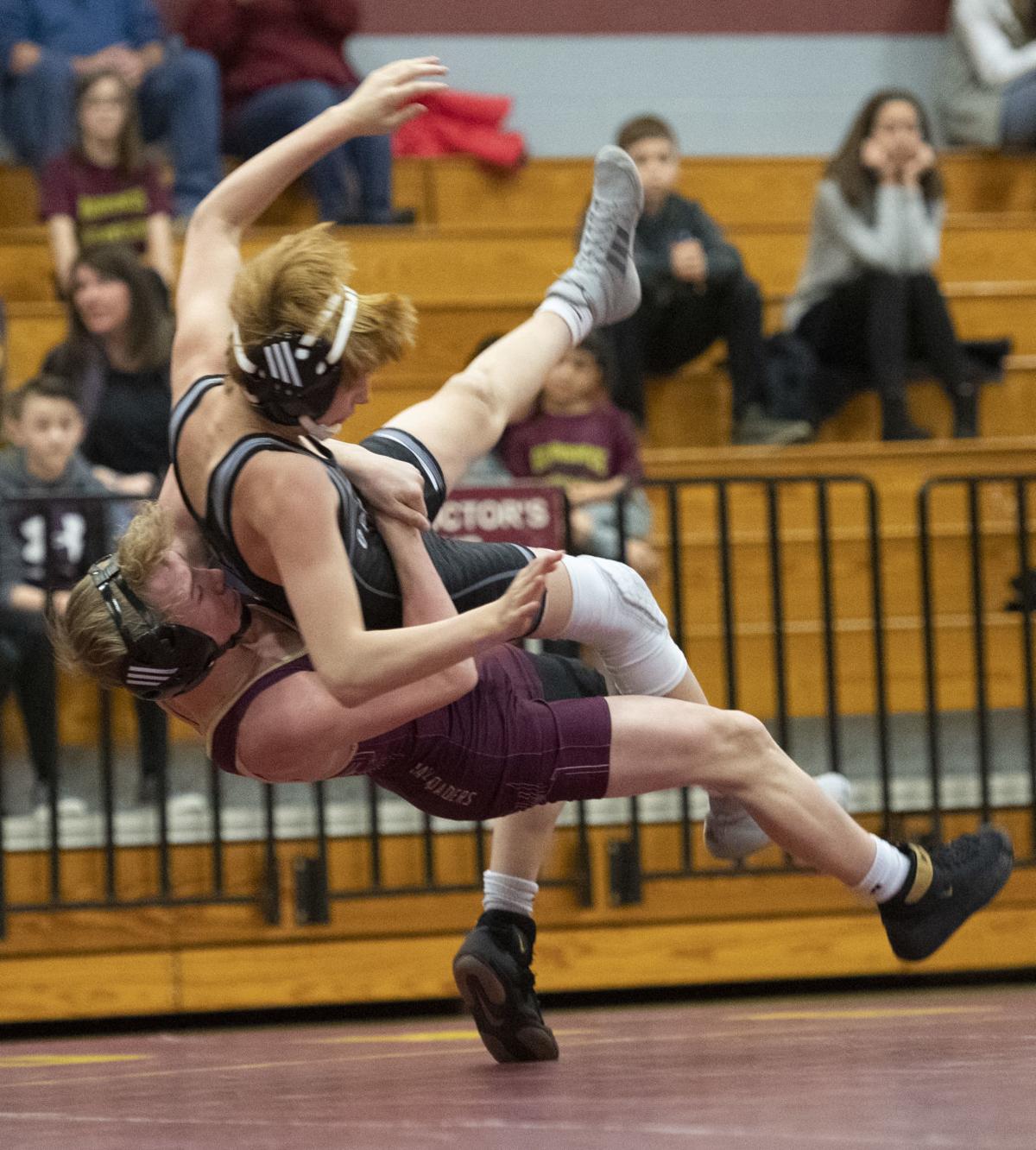 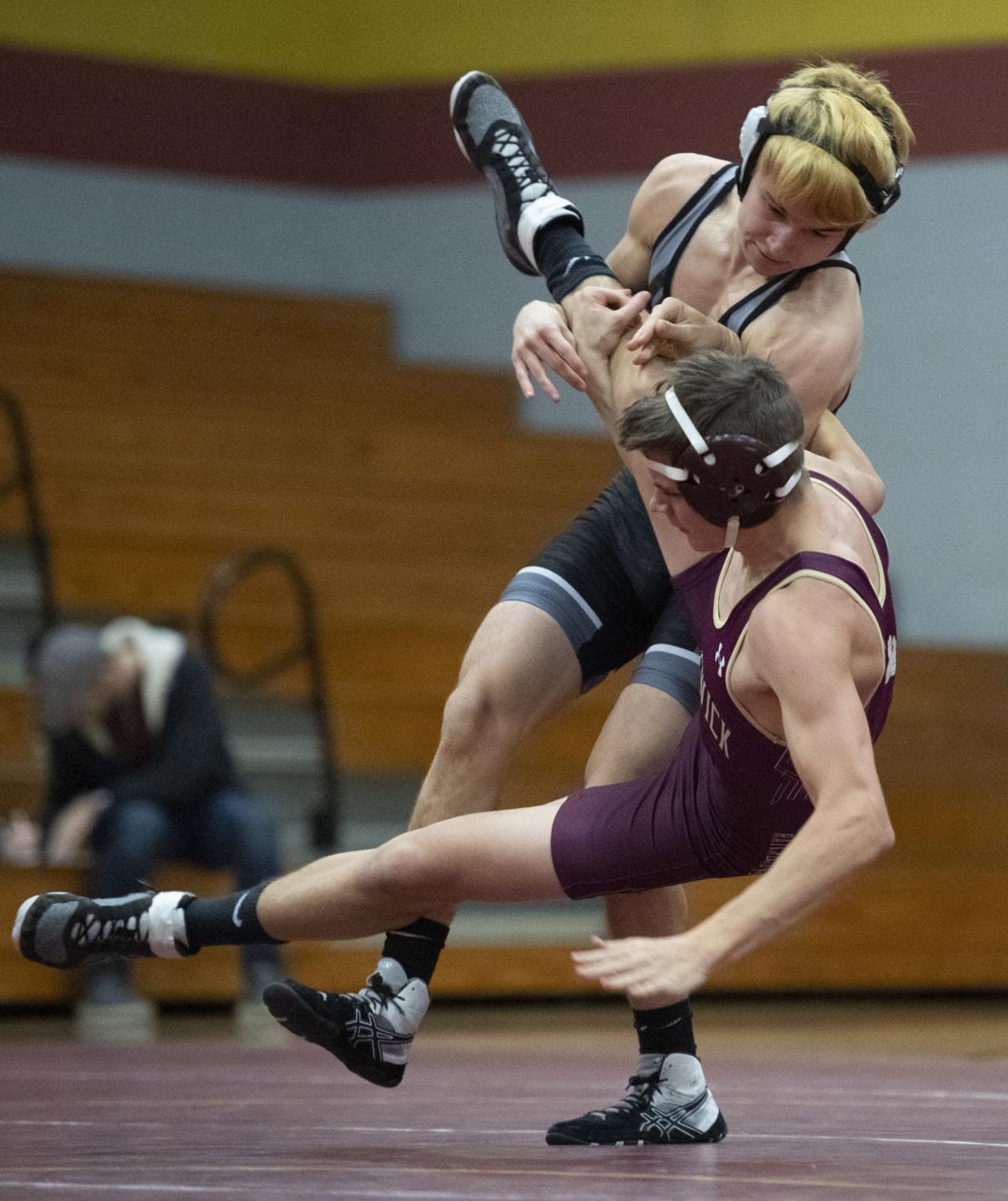 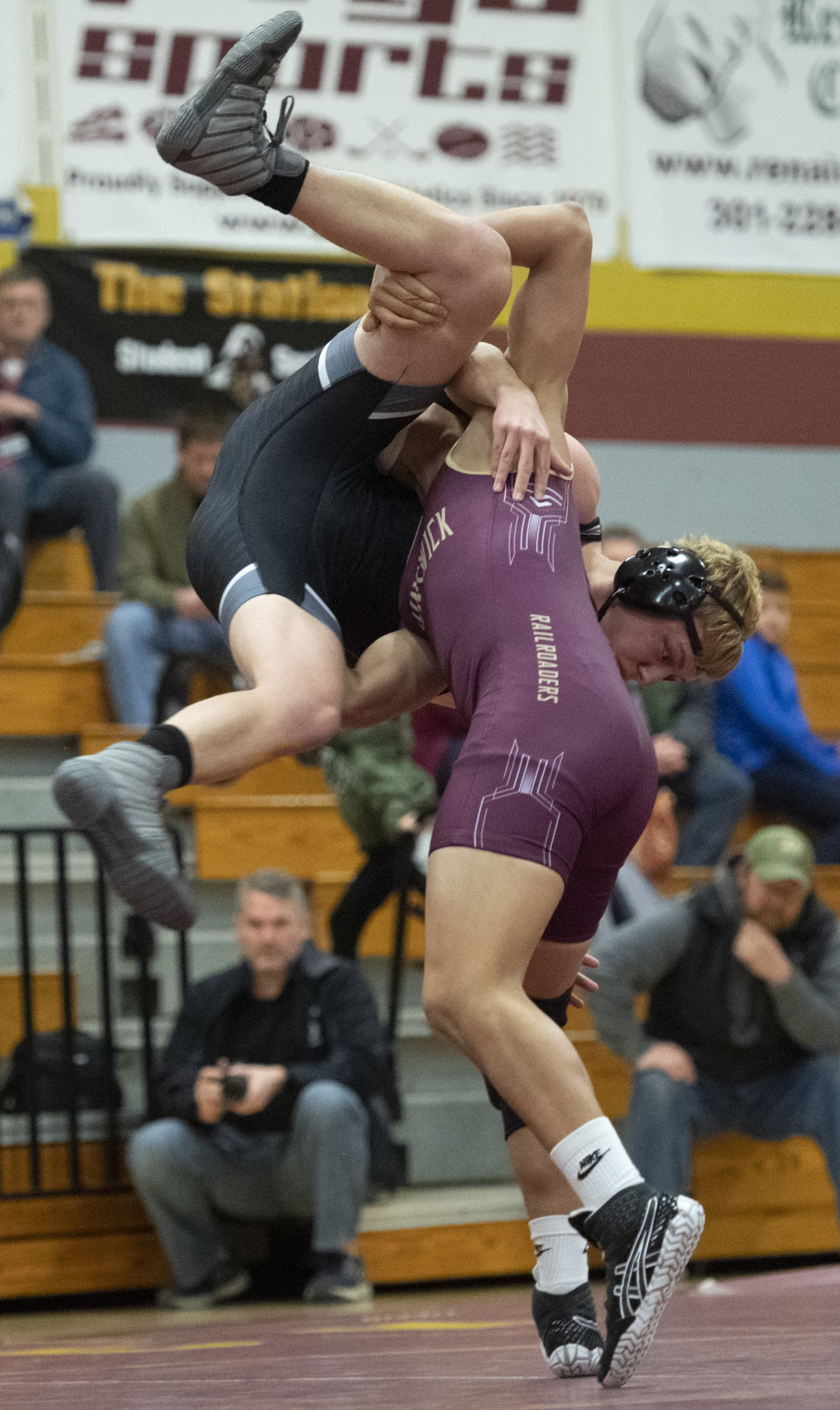 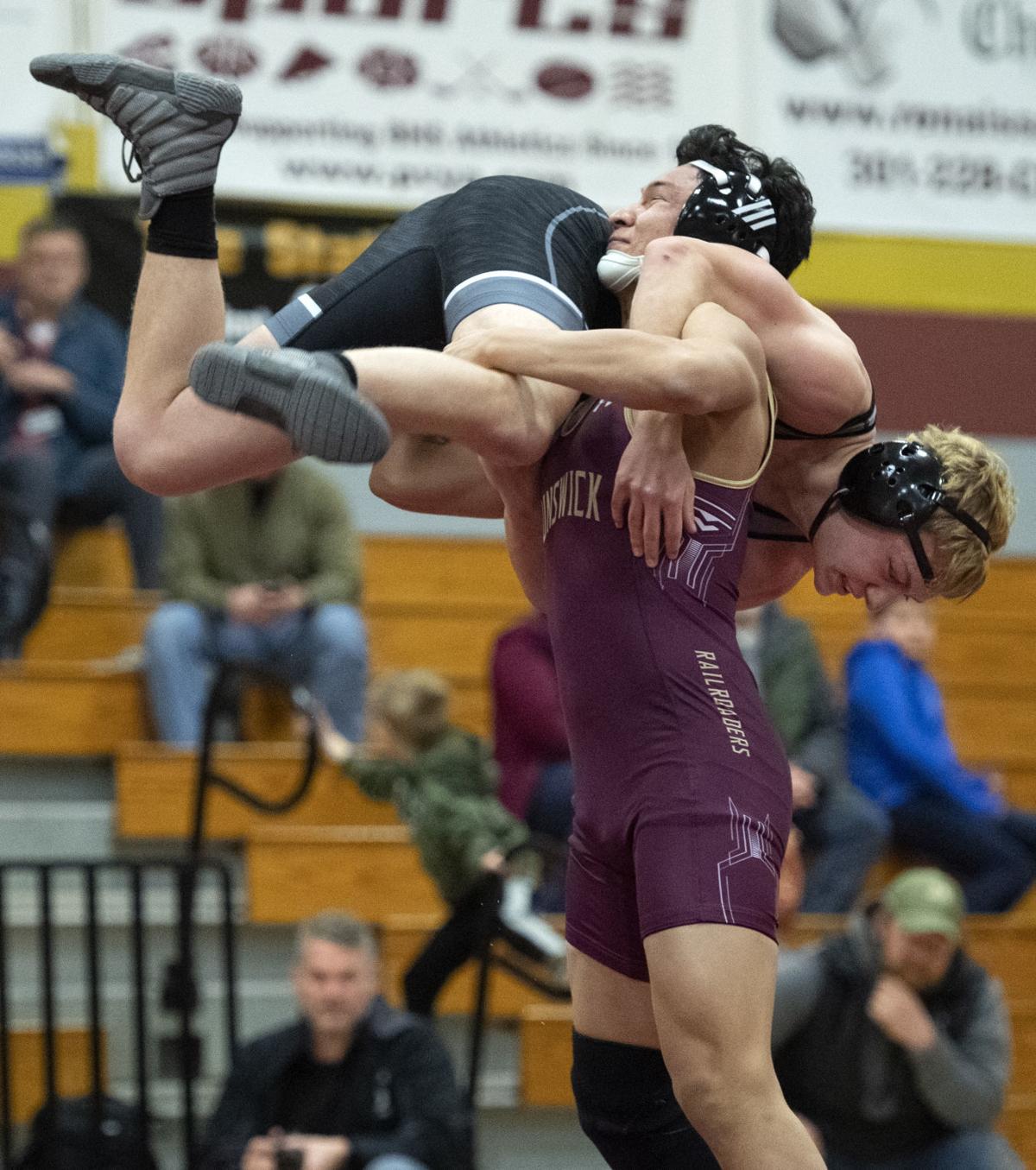 Oakdale’s James Miller is held aloft by Brunswick’s Enrique De Anda Zavala before being taken down to the mat in the 160-pound match Wednesday at Brunswick. De Anda Zavala won by pin in the second period. Oakdale would go on to win 60-24.

Oakdale’s James Miller is held aloft by Brunswick’s Enrique De Anda Zavala before being taken down to the mat in the 160-pound match Wednesday at Brunswick. De Anda Zavala won by pin in the second period. Oakdale would go on to win 60-24.

Thomas and Harris are both seniors trying to help indoctrinate a large group of freshman on the Oakdale team into the ways of high school wrestling.

"It's a great experience. It's very new for us," Harris said after the visiting Bears beat Brunswick 60-24 Wednesday night. "I have always had great seniors and other people to look up to. So, it's definitely different. It's a bit harder, but we are filling in at a lot of spots. I think we are doing pretty well."

Thomas' freshman season at 113 pounds ended abruptly when he was taken to the mat in a forceful manner by Franklin's Phil Smith in the Class 4A-3A North regional duals.

After laying on his back motionless for nearly 20 minutes, Thomas was eventually stretchered out of the Landsdowne High School gymnasium and diagnosed with a concussion.

His sophomore season was cut short by a torn meniscus.

Now a senior captain, he's still trying to shake off the injury bug and qualify for the state tournament for the first time.

Thomas just placed second at 132 pounds over the weekend at Franklin High School in the Warpath Invitational despite dealing with a broken finger he suffered during the school day while playing basketball in a team-sports class.

"I looked at my mom [Monica] and said, I am wrestling through the season. Nothing is going to stop me this time,'" said Thomas, who received a doctor's note to continue wrestling with the injury.

Harris, meanwhile, placed fourth at 160 pounds at Warpath, along with teammates Joe Hathaway (113), Teddy White (138), Jake Peachey (145). Cole Walker (106) finished sixth for Oakdale in the invitational that saw Linganore come away with the team championship.

"It's really about getting these guys the experience in tough matches," Bears coach Matt Wax said. "These are the type of matches they are going to see if they want to make states or place at regionals. It's really a good barometer for them to see how they stack up against the best."

The same could be said for Brunswick, which has a young team full of underclassmen. The Railroaders have just one senior and two juniors on a roster of 21.

On Wednesday, they were dealing with injuries as five starters were out of the lineup against Oakdale.

"The good thing about these kids is that I'll have three to four years with them," Brunswick coach Scott Tilles said. "I just want these kids to learn and get in shape and stay with me for three years because I think the future for Brunswick wrestling is really bright."