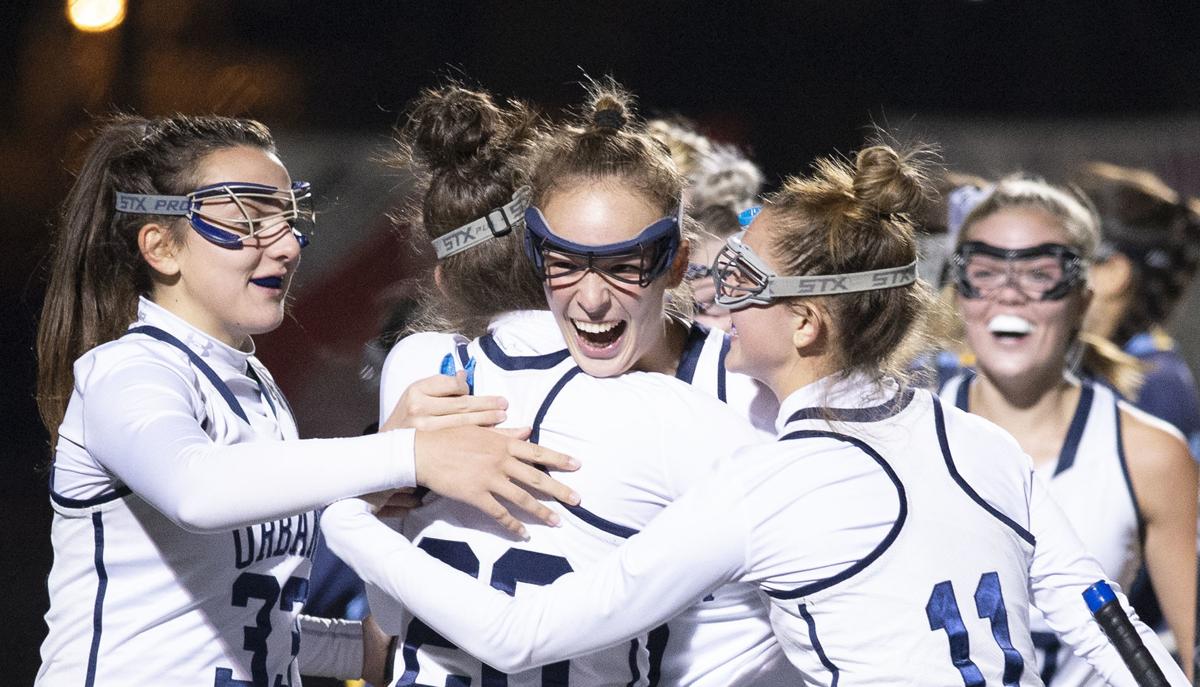 Urbana players celebrate their win Wednesday over River Hill in the Class 3A state semifinals at Paint Branch High School. View and purchase sports photos at www.fnpinfocus.com. View a slide show of photos from the game at www.fredericknewspost.com/sports. 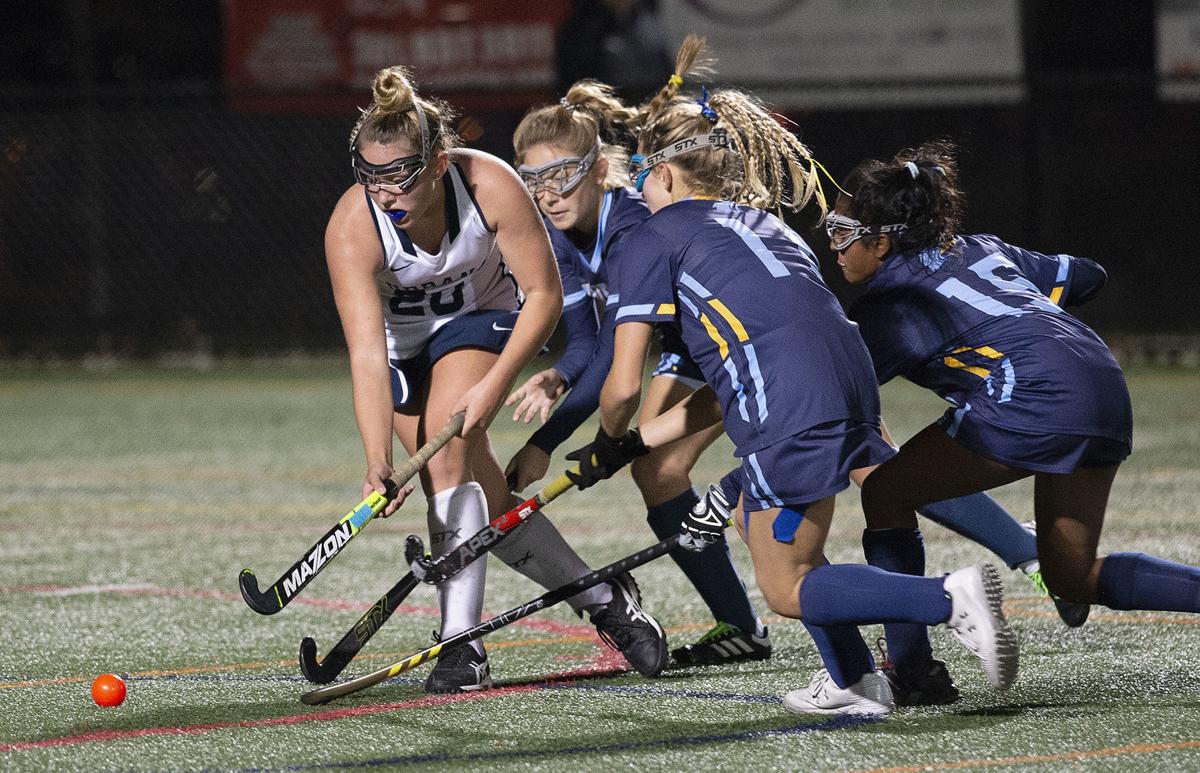 Urbana’s Kasey Beach, left, battles a gang of River Hill players for control of the ball Wednesday in the Class 3A state semifinals at Paint Branch High. Beach scored the first goal of the game in the Hawks’ win.

Urbana players celebrate their win Wednesday over River Hill in the Class 3A state semifinals at Paint Branch High School. View and purchase sports photos at www.fnpinfocus.com. View a slide show of photos from the game at www.fredericknewspost.com/sports.

Urbana’s Kasey Beach, left, battles a gang of River Hill players for control of the ball Wednesday in the Class 3A state semifinals at Paint Branch High. Beach scored the first goal of the game in the Hawks’ win.

And by the time they lined up for pregame introductions, most — if not all — of them looked like bundles of energy as they jumped around and smacked hands.

The Hawks do such things to help calm themselves before games, and they understandably had some nerves to calm on Wednesday.

They were playing in the state semifinals. And for as much as their perennially strong program has accomplished since Stuart started it from scratch in the mid-1990s, it had never gotten past this round to reach the state championship game.

But after losing in their two previous trips to the semis, including two years ago with some of these very players on the roster, the Hawks finally broke through.

After Urbana fans counted off the final seconds, Urbana reserves tore onto the field to celebrate with teammates, with some of them flinging their sticks.

Urbana is just the second Frederick County team since 1993 to reach a field hockey state final. Linganore accomplished the feat in 2014 and was also the last county team to win a state crown, doing so in 1993.

The Hawks will look to end the county’s title drought when they face Westminster — a 2-1 winner in overtime against Huntingtown in Wednesday’s other semifinal — at 1:30 p.m. Saturday in the state championship match at Chestertown’s Washington College.

No matter what happens then, Urbana (18-1) has already made history.

“This is our 25th year of Urbana field hockey, so to reach this milestone is pretty special,” Stuart said. “We’re just hoping to go one more step.”

To put themselves in position for the title, Urbana had to get past a River Hill team that came out using precision passing to create the game’s first serious scoring threats.

“They had a give-and-go strategy,” Urbana senior Maddie Hillman said. “But we shut them down with our game sense and with the way we always work together, our team connection.”

Suddenly, Frederick County’s Hawks were generating scoring opportunities. Beach, a sophomore, was the first one to cash in, thanks to persistence on Urbana’s part.

After seeing her shot stopped by River Hill goalie Jocelyn Baker, Hillman battled with Baker for the loose ball during the 23rd minute, setting the stage for Beach to get the game’s first goal.

“She was able to pull it back out and hit it to me,” Beach said. “The goalie dove the other way, and so I was able to put it into the opposite corner.”

With a jolt of momentum from that play, Urbana struck again less than two minutes into the second half. Maggie Goodwin, a holdover from the team that reached the 2017 state semis and Urbana’s top scorer, lofted a ball toward the left post, where teammate Kylie Caretti tipped it in to give her team a 2-0 lead.

“I really didn’t think it was going in,” Caretti said. “It was just exciting to know that we’re winning.”

Goodwin finished with two assists, realizing that even a missed shot might lead to something.

“I just knew coming into that game, as long as we had shots on goal, we’d have forwards be able to tip ’em in,” she said. “Just as soon as I got in the circle, I was trying to rip the ball in and make sure one of the forwards was in the correct spot to tip it in, and it worked.”

River Hill maintained a level of suspense by scoring a little over a minute later, when Maddie Vasilios scored off fellow freshman Puja Nanjappa’s assist to narrow Urbana’s lead to 2-1.

But Urbana’s defense, which had posted 11 shutouts, shut down the Howard County team the rest of the night. With her team still clinging to a one-goal lead, goalie McKenna Ladson made a tough save with 14:34 left.

Ladson finished with seven saves. And while she faced relatively few shots this season because of her stellar defenders and Urbana’s ability to possess the ball, the goalie was well-prepared after facing shots from her teammates in practice all fall.

“We’re going to states, so they’re some of the best shots in the state,” she said.

Hillman, on yet another rebound, scored an insurance goal with 9:01 left, the ball trickling into the cage after being partially blocked by Baker.

“We literally made history this year,” Hillman said. “And for my senior year, it feels like such an accomplishment. I’m so proud of my team this year to have gotten this far.”