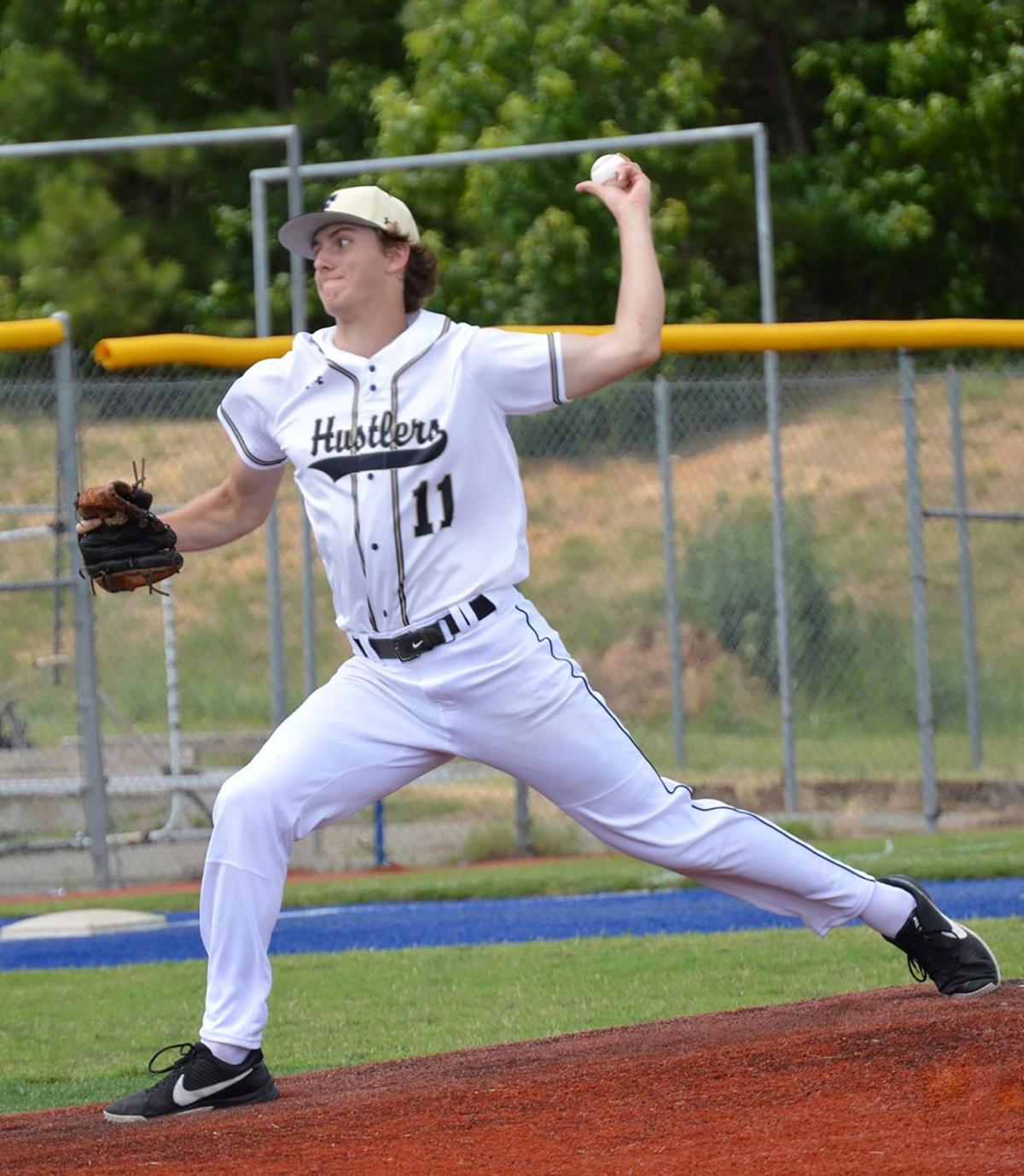 The past few months have seen left-hander Ben Moore, a rising senior at Linganore, hit 90 mph on the radar gun and accept a full scholarship to pitch at Division I Old Dominion University.

The past few months have seen left-hander Ben Moore, a rising senior at Linganore, hit 90 mph on the radar gun and accept a full scholarship to pitch at Division I Old Dominion University.

Pitching for the Frederick Hustlers travel baseball team at a recent tournament in Richmond, Virginia, Ben Moore hit 90 mph on a radar gun.

Moore, a 6-foot-5, 200-pound left-hander who just recently completed a steller junior season for Linganore High School, could have been throwing this hard for quite some time.

But since it’s not often that he pitches in front of radar guns, this was the first official confirmation that he hit the mark that often sends the careers of young pitchers skyrocketing.

“My arm felt great that day,” Moore said of his performance in Richmond, during which he allowed one hit over six innings while consistently hitting 90 or 91 on the gun with his two- and four-seam fastballs. “I was feeling pretty rejuvenated after the high school season ended [in early June].”

Over the next year, the radar guns will likely be out in force every time Moore pitches.

They will be held by pro and college scouts trying to gauge what type of future he might have in the sport. There could be a buzz in the air every time he takes the mound.

In the last week, Moore provided some indication about his future when he accepted a full scholarship to pitch on the Division I level at Old Dominion University. For a non-revenue sport like baseball, full scholarships are handed out very selectively.

It was a fairly easy choice for Moore. He loved the coaching staff at ODU. He loved the campus. It wasn’t too close or too far away from home. And, since full rides in college baseball are so rare, he wasn’t about to turn one down.

Plus, the Monarchs generally have a very strong program that just reached the NCAA tournament for the ninth time this spring after winning Conference USA.

But it was also a decision made with another year of high school ball to play and just as more colleges, armed with confirmation about his velocity, were becoming more interested in him. South Carolina and North Carolina State were among the Division I schools that had reached out to him.

The opportunities figure to increase over this next year, especially as he learns to throw a little bit harder and may get a bit taller.

“I might have another inch or two in me,” he said.

For example, he might wind up get drafted by a Major League team out of high school next summer. That would leave Moore with the choice of staying with his commitment to Old Dominion or signing with the team that drafted him and beginning his professional career right away.

It’s the same difficult decision that former Catoctin High pitcher Mason Albright faces after getting drafted by the Los Angeles Angels in the 12th round Tuesday. Albright has already committed to play college baseball at Virginia Tech.

“Getting drafted out of high school would be amazing,” Moore said. “It’s not often you get an opportunity like that.”

This past season for Linganore, Moore did not allow an earned run over four starts, while sharing starting pitching responsibilities with a pair of Division I recruits, Matt Cunningham (Maryland) and Cam Rokisky (Marshall).

“It’s not often you see three Division I pitchers on the same public school team,” Moore said. “We are out there every day trying to out-compete one another and make each other better.”

Now he is three inches taller and 30 pounds heavier, which means he is throwing harder and with more of a downward arm angle.

“Ben is a competitor,” Linganore coach David Keiling said. “He is very quiet. He knows the game very well. He knows the situation he is facing. He is a leader on the team. He’s someone you can always rely on in practice. He’s a good student as well. He has it all.”

Many people will be fascinated to see how this next year unfolds for Moore. But, right now, he is very excited about being an Old Dominion University recruit.

“I feel like I waited long enough,” he said of his college decision. “An opportunity presented itself, and I couldn’t turn it down.”