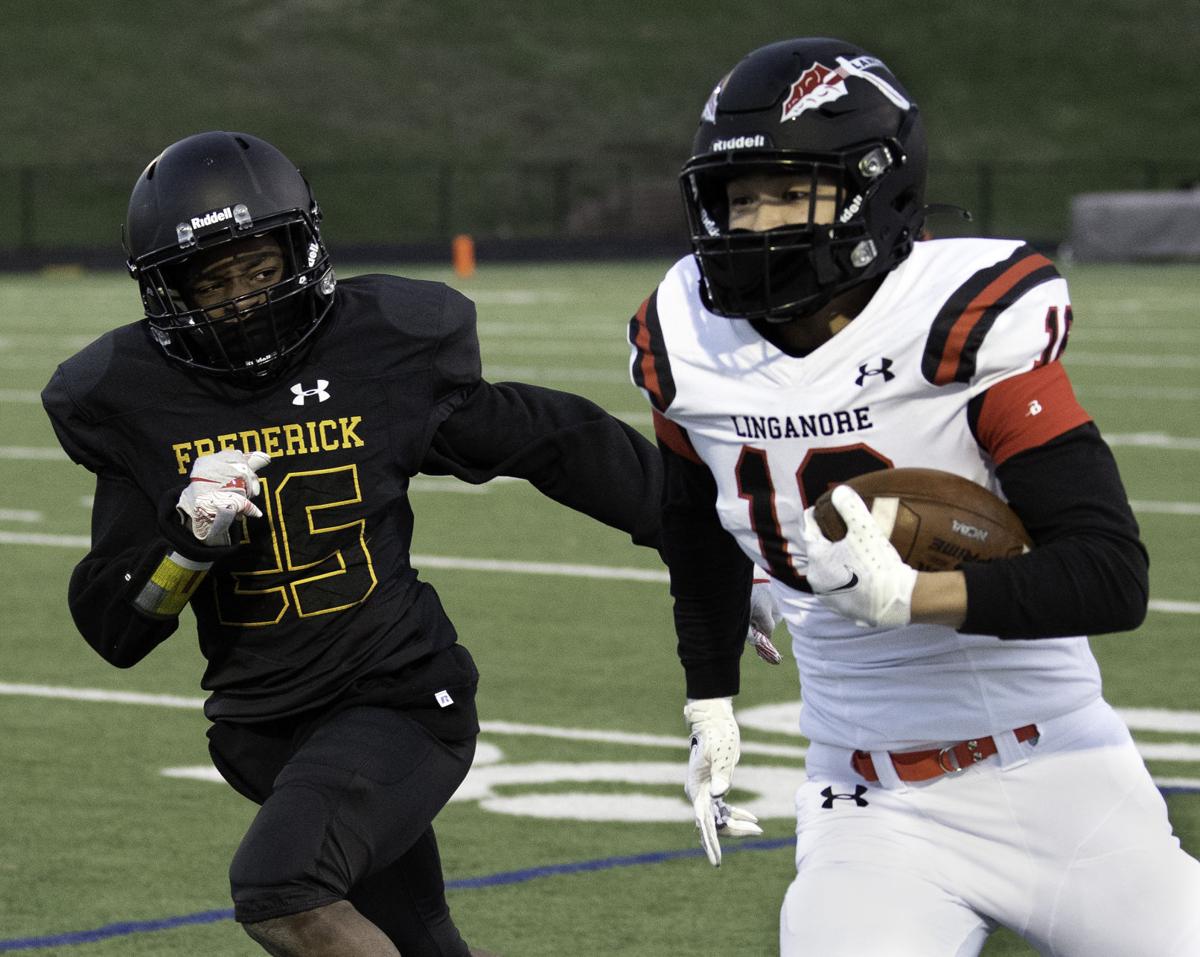 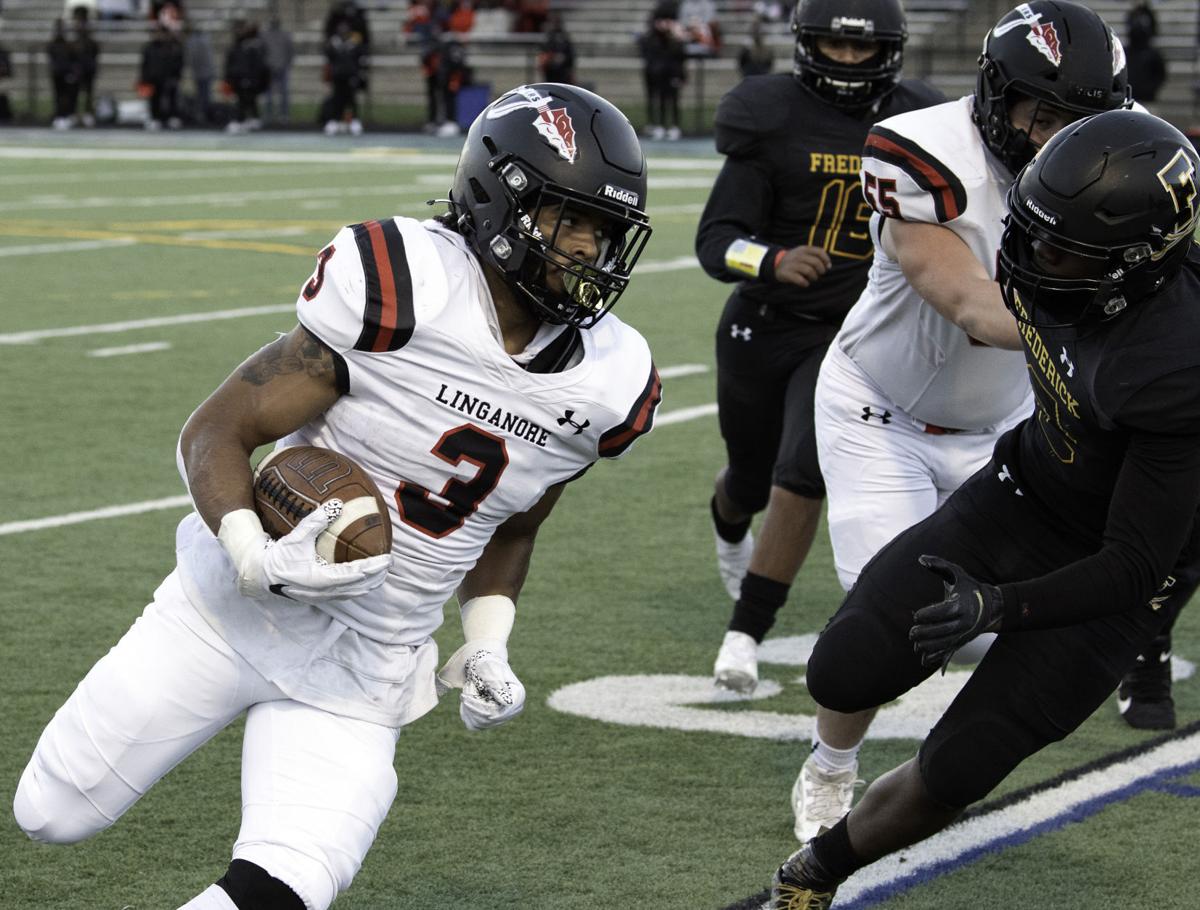 When a Frederick defender dove for Linganore running back Xander McClure’s ankles, snagging him in mid-stride Thursday, it appeared his long run on the game’s first play from scrimmage might end.

But McClure kept his footing and sprinted another 30 yards to complete a 62-yard touchdown run.

“In the offseason, that was one of the things I was working on a lot, my balance,” McClure said. “Doing things like balancing on medicine balls while doing weight stuff and single leg lunges on medicine balls.”

With such preparation paying dividends right away on Thursday, McClure and his team staged a stunning start. The Lancers scored touchdowns on their first three plays from scrimmage, all handoffs to McClure, and the early 22-point lead helped them roll to a 61-14 win over the host Cadets.

Thursday’s win came one week after the Lancers (2-1) suffered a tough 21-7 loss to Walkersville.

“Obviously we had some work to do,” Linganore coach Rick Conner said. “This was our best start so far, we had a great start. Then we kind of caught up in — [we] didn’t finish what we needed to finish. So we’ve got some work to do.”

The Lancers had trouble at times containing Frederick in the second half, when the young Cadets got rushing touchdowns from freshman Taejon Anderson and sophomore Josh Hayward.

But thanks to their dominant start, the Lancers were never in danger of losing their cushion on Thursday.

McClure, who finished with 186 yards and four touchdowns on 14 carries, had touchdown runs of 62, 10 and 36 yards on his first three touches of the game.

Had he ever scored on three straight carries?

“Maybe in youth, but I think it’s been awhile,” said McClure, who was quick to credit the guys who paved the way for such touchdowns. “I love running behind my big offensive line, I’ve been playing with those guys for years, so it feels great for my first three carries, that every time I touch it, take it to the house.”

Linganore’s defense was just as dominant, holding the Cadets to 47 offensive yards in the first half. Defenders like Kyle Perry and Drew Mullineaux (who had an interception) were getting tackles for loss.

But Frederick (1-1), which trailed 35-0 at halftime, began moving the ball in the second half, when Anderson and sophomore quarterback Brian Mbuthia began churning out decent runs.

Anderson scored on a 12-yard run in the third quarter, and Hayward had a 1-yard touchdown run early in the fourth quarter.

“We challenged a bunch of people at halftime, a lot of them rose to that challenge and exceeded our expectations,” Frederick coach Kevin Pirri said. “We’ve got a lot of young role players who are stepping up and doing everything they can, and we have some seniors who are still giving every bit of fight that they have left.”

But Linganore restored its cushion with touchdown runs from McClure, Domroe and Nick Vance. And in the final minutes, Nathan Snyder returned an interception 30 yards for a score.