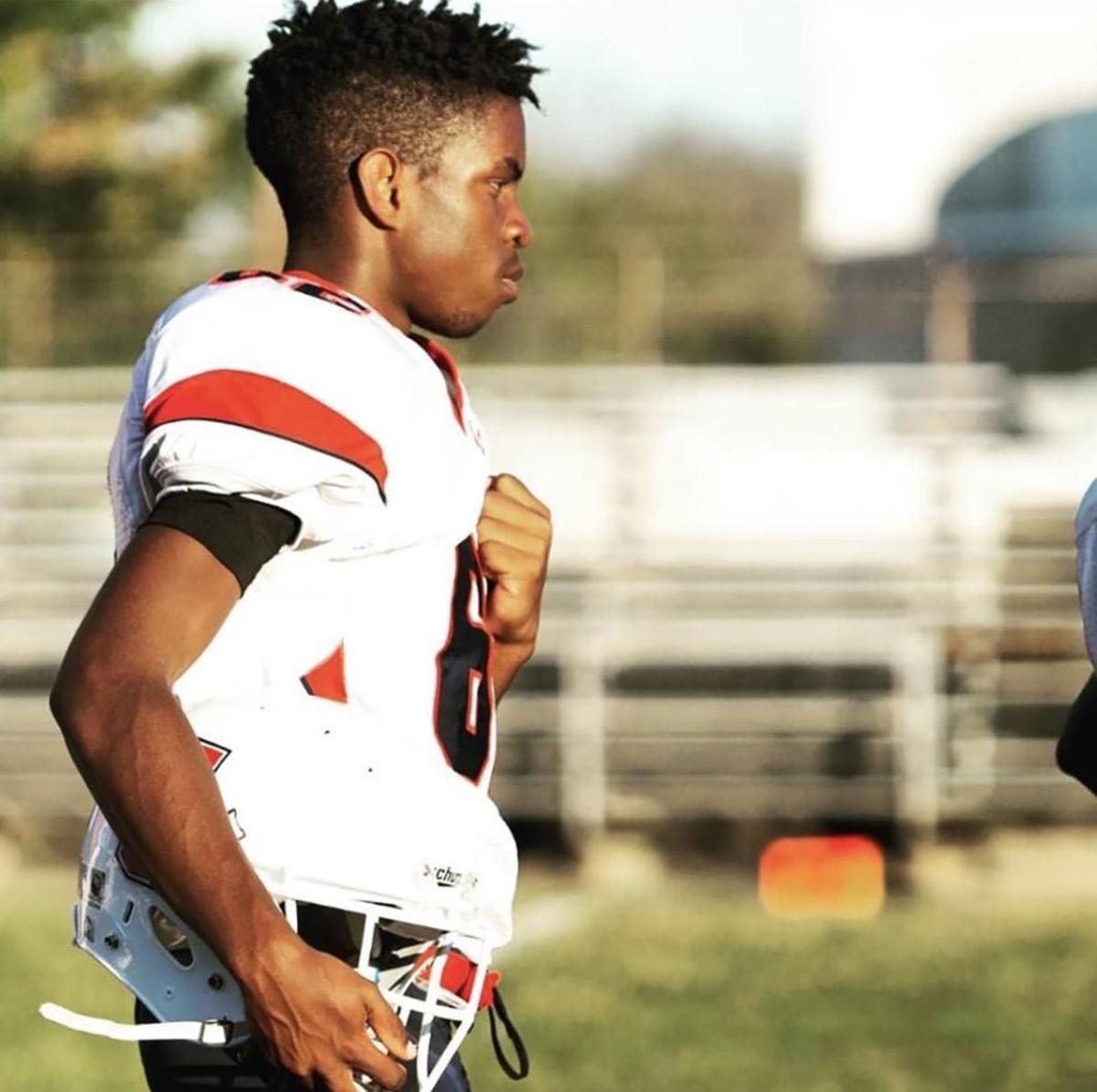 Dexter Williams was a Thomas Johnson football player and track athlete with a wide smile and a desire to improve. He died last week. 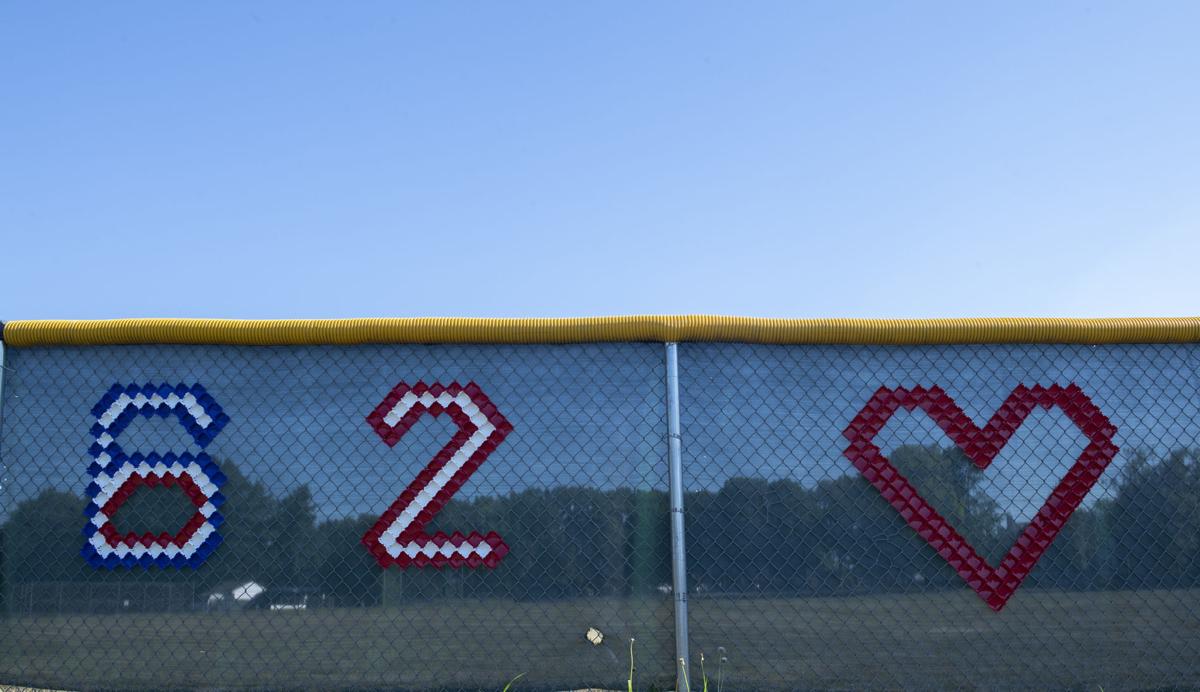 The jersey number of Dexter Williams, who died last week, is displayed on the Gov. Thomas Johnson High School stadium and outfield fence of the baseball field.

Dexter Williams was a Thomas Johnson football player and track athlete with a wide smile and a desire to improve. He died last week.

The jersey number of Dexter Williams, who died last week, is displayed on the Gov. Thomas Johnson High School stadium and outfield fence of the baseball field.

If Thomas Johnson football coach Bobby Humphries wanted Dexter Williams to do something, he didn’t have to ask twice.

Many times, he didn’t even get to finish asking once.

“If you’re trying to say you needed a football, ‘Hey, I need you to get’ — and he was already taking off, and you’re yelling ‘football,’” Humphries said. “He was just ready to please.”

That quality and an ever-present wide smile are just some of the things about Williams that Humphries, his team and the rest of the Thomas Johnson community will dearly miss.

Williams, a rising sophomore who competed in track and field as well as football for the Patriots, died last Thursday. To honor him, TJ’s field hockey team has organized a 6.2-mile virtual walk/run for Friday.

Participants in the virtual event are encouraged to cover 6.2 miles — Williams wore jersey No. 62 for the Patriots’ football team — on their own and to share a selfie photo and smile of their walk/run on social media using the hashtag #62ForLife or by mentioning TJ athletics’ Twitter account (@GTJHSAthletics).

“Complete your circuit & take a selfie with a huge smile. Dex always had one,” reads a positing on the TJ Patriot Athletics twitter account.

TJ field hockey coach Jen Lacy’s idea for the walk/run was inspired by Rob Holste, an assistant football and wrestling coach at TJ who covered that very distance after learning about Williams’ death.

“Upon finding out, he went for a 6.2 mile run, posted it on Twitter and used the hashtag. It was his way of clearing his head and getting focused,” Lacy said. “And we all reached out to each other, being there for each other as coaches, and asked Coach Holste if he’d be OK if we put on something just to try to do something for Dexter and his family and the football program itself.”

“[Holste] put that out, that he did it. The field hockey coach picked up on it and challenged her players. And someone else picked up on it ...” Humphries said. “It was like, you know what, as a community, let’s see how many of us can somehow get 6.2 miles. So, you’re thinking about him the whole time, keep that memory going.”

A group event couldn’t be held because of the coronavirus pandemic. But thanks to technology, a collection of posts could be compiled of people participating individually.

“They asked everybody to do it virtually, and take a picture of yourself with a big old smile,” TJ athletic director Mike Chavez said. “Because Dexter, he always had a great smile.”

People connected with Thomas Johnson might not be the only ones who participate. Lacy said her fiancé, Urbana boys lacrosse coach Gavin Donahue, has encouraged Hawks lax players to run or walk to honor Williams. Also, Lacy said Chavez reached out to other schools.

“So, our hope is just, flood Twitter and surround that family with as much love as we can,” Lacy said.

There have been other tributes to Williams. The marquee at TJ High School reads, “FOREVER IN OUR HEARTS RIP DEXTER.” There are displays of Williams’ No. 62 on school fences, including at the baseball field.

The Linganore High School volleyball team’s Twitter account has a post that reads, “Finished up our conditioning today with 62 burpees to recognize a young man gone way too soon. Our thoughts are with the TJ Patriot Family.”

Lacy said many of her players planned to do Friday’s virtual walk/run. Like other fall Frederick County Public Schools athletes, they’ve been attending voluntary workouts, which began July 20. Aside from sprints, they work on endurance.

“It looks like we’re going to get the majority of our girls participating,” said Lacy, adding that players could combine to cover the 6.2 miles. “Even if the girls were just going to each do two miles, if they got into a group of three, everybody put it together and total up 6.2.

Athletes aren’t the only ones who plan to participate.

“I know a bunch of us staff-wise are definitely going to attempt it,” Lacy said.

Lacy said even if her players didn’t know Williams, they were eager to honor someone who was a fellow-member of the school’s athletic community.

“I didn’t know this young man personally,” Lacy said. “But I know he brought a lot of love and happiness and all that good stuff, and you want to do anything you possible can to help in that situation.”

Williams had been participating in voluntary workouts with other football players.

Humphries described Williams as a quiet, humble person. He was new to football last fall, manning a spot on the offensive line because of his size and inexperience.

“He never backed down from a challenge,” Humpries said. “He was always trying to make sure he knew what was going on, learning the game.

“Definitely someone who was just growing into himself and just finding out who he was and realizing that if he put the work in, he was going to be a contributor to the team,” Humphries said. “He was the kind of kid that wanted to be a contributor. He wanted to outwork everybody.”

“He was a quiet young man and just seemed to be a ray of light for everybody,” Chavez said.

So sad to lose kids so young