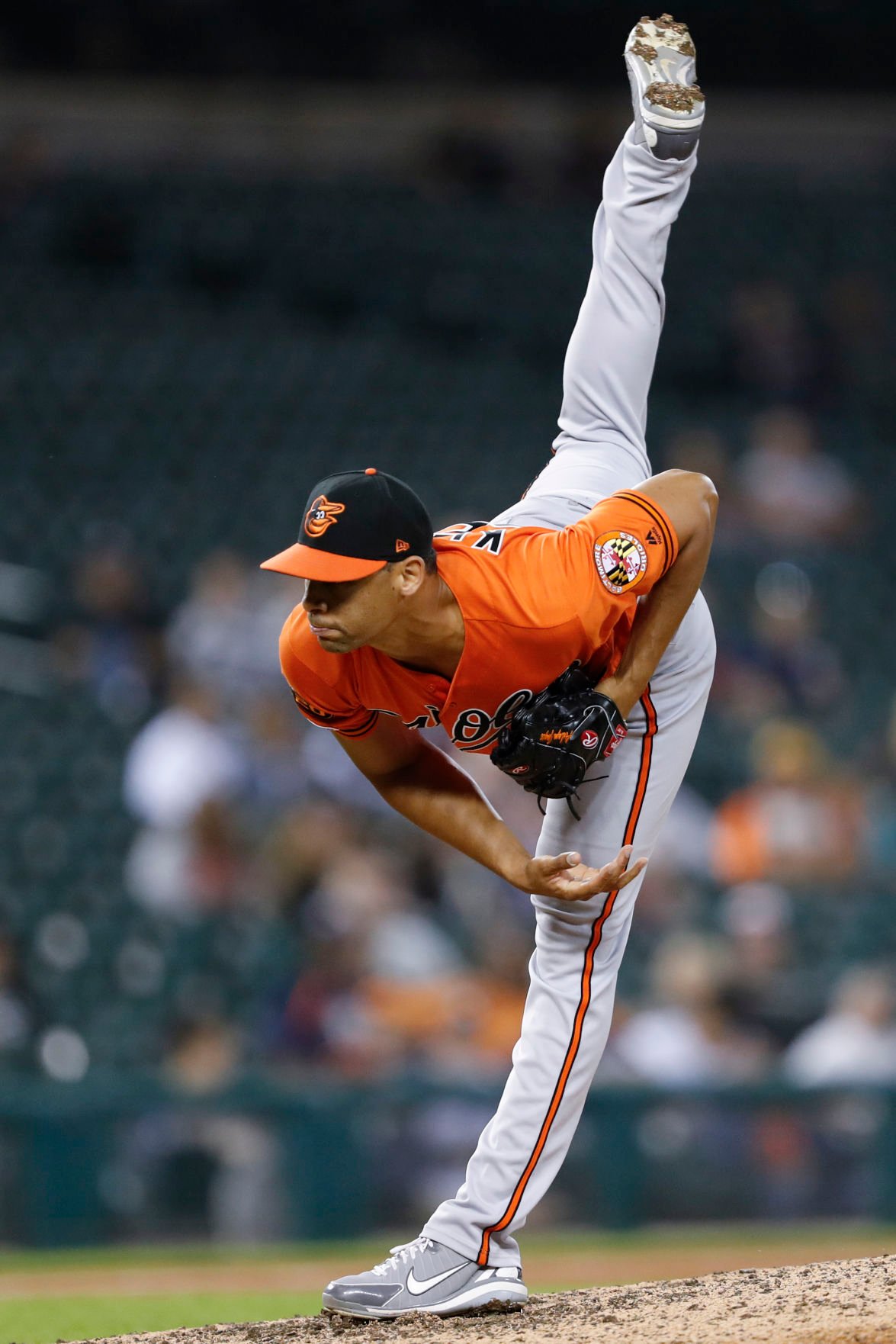 Orioles right-hander and Thomas Johnson High graduate Branden Kline decided last week to retire from professional baseball. The 2012 second-round pick appeared out of the bullpen for Baltimore over the past two seasons. 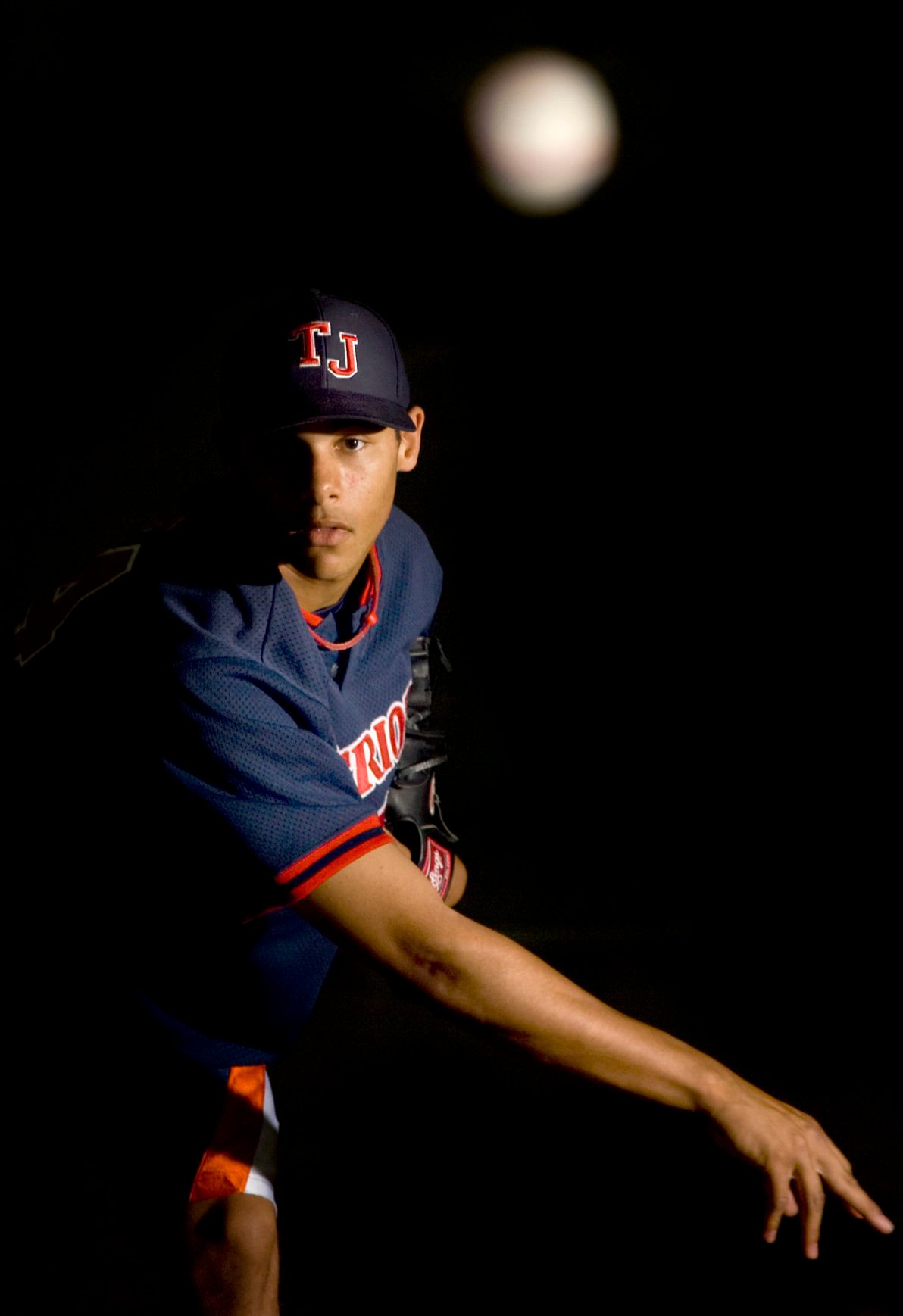 Branden Kline was initially drafted out of Thomas Johnson in the sixth round by the Boston Red Sox in 2009.

Orioles right-hander and Thomas Johnson High graduate Branden Kline decided last week to retire from professional baseball. The 2012 second-round pick appeared out of the bullpen for Baltimore over the past two seasons.

Branden Kline was initially drafted out of Thomas Johnson in the sixth round by the Boston Red Sox in 2009.

At 9 a.m. last Wednesday, just as he was making the announcement that his life was about to dramatically change, Branden Kline’s cell phone was fully charged.

However, by noon, the battery needed to be recharged.

Kline, a 29-year-old graduate of Thomas Johnson High School who announced his retirement from professional baseball that morning through an Instagram post, spent much of the day scrolling through his phone and reading supportive messages from family members, longtime friends and a large cast of former teammates.

Suffice to say, his screen time spiked for several hours.

Among the tributes that poured in were from two of the six professional teams that Kline pitched for — all within the Baltimore Orioles organization — over an eight-year career beset by injuries and other setbacks. The teams were the Orioles and his hometown Frederick Keys.

“Just the outpouring of love and appreciation, it was amazing to see. I was not expecting that at all,” Kline said.

When asked why, he said, “I guess I never thought I would have that type of impact on people.”

Some of the photos Kline shared on his Instagram page (brandenkline16) are family snapshots. He and his wife, Sarah, reside in Evans, Georgia. The high school sweethearts just welcomed their second child, a daughter named Avery Jean, on Nov. 27. She joins older sister Adalyn, who was born in 2017.

Kline acknowledged that being a professional baseball player for nine months out of the year meant “a lot of time spent away from the family.”

There were first words and first steps that he witnessed on FaceTime sessions with his wife rather than in person.

“I am not willing to miss the things with Avery that I missed with Ady,” he said. “During the baseball season, I rarely got the opportunity to put [Adalyn] to bed.”

Kline also shared via Instagram a number of moments from his baseball career, including shots of him training, posing with teammates, and pitching for the Orioles.

There is one shot that shows him in the bullpen at Camden Yards, getting ready to make his Major League debut for the Orioles on April 20, 2019, after pitching for all five of the team’s minor league affiliates — Aberdeen (short-season), Delmarva (Low-A), Frederick (High-A), Bowie (Double-A) and Norfolk (Triple-A) — since 2012 in a different organizational structure.

“I got to spend my entire career with the Orioles,” he made a point to say of the team that spent a second-round pick (No. 65 overall) on him in the 2012 draft out of the University of Virginia.

During the shortened 2020 season, Kline pitched just five innings over three games with a 1.80 ERA for the Orioles.

He had to overcome a lot to even reach the big leagues, as a broken leg, Tommy John surgery and two other elbow procedures cost him most of three season in the minor leagues.

“I still had the opportunity to play. There were still teams that were willing to give me the chance to do that,” he said of his decision to part ways with the Orioles in November and enter free agency. “But having played for just one organization and going through all the ups and downs with it, I didn’t want to change all of that.”

Other photos on his Instagram page highlight some of the cooler aspects of his job, such as a guest bartending stint, posing with well-known sports personalities, such as Baltimore Ravens legend Ed Reed, and shaking hands with a couple of smiling kids before a game who were honored to meet him, the kind of impact he never thought he would wield.

“My parents worked hard to allow my brother and I to have the things we had growing up,” Kline said. “I decided at an early age that I was going to treat everyone exactly the same. I always wanted to reach out and express gratitude.”

Somewhat fittingly, Kline’s professional baseball career ended with him pitching for a major league team in a minor league stadium after spending the bulk of his professional career in the minors.

He worked two scoreless innings, striking out one, for the Orioles in a 10-5 loss on Sept. 25 to the Toronto Blue Jays, who were playing their home games at the stadium for their Triple-A affiliate, the Buffalo (New York) Bison, due to the coronavirus pandemic.

As Kline walked off the field then, he knew it could be for the final time as a professional player.

“I am enjoying being at home,” he said over the phone last Friday after bringing a baseball career of 25 years that began on the Little League fields of Frederick to a close.

Kline isn’t sure what is next for him professionally. He mentioned he would like to devote more time to spiritual endeavors.

But not knowing what is next is staying true to himself as well.

Through the ups and downs of his baseball career, Kline always did well in staying in the present moment and not getting too far ahead of himself, turning the old cliché about living one day at a time into a personal code.

I congratulate Mr. Kline. A tremendous ballplayer, we got to see him pitch for the Keys. He had a good career with the Orioles organization, battled through injuries & persevered to make the majors. Thanks & good luck!