You are the owner of this article.
Edit Article Add New Article
You have permission to edit this article.
Edit
Home
News
Opinion
Sports
Topics
Calendar & events
Classifieds & local
Features
Best of the Best 2020
1 of 3 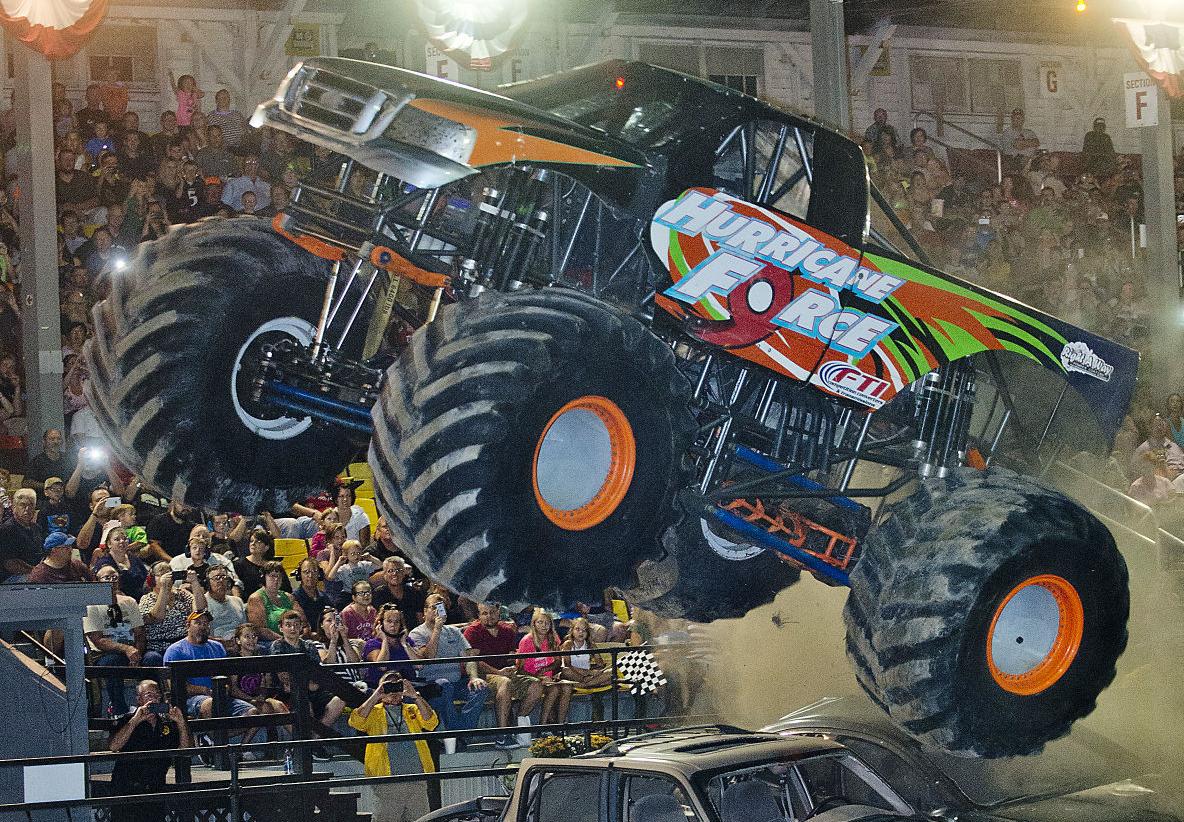 Monster truck Hurricane Force, driven by Trey Myers, of Brunswick, flies over two cars before a nearly sold-out crowd Friday night at The Great Frederick Fair. This was the first monster truck show to appear at the fair. 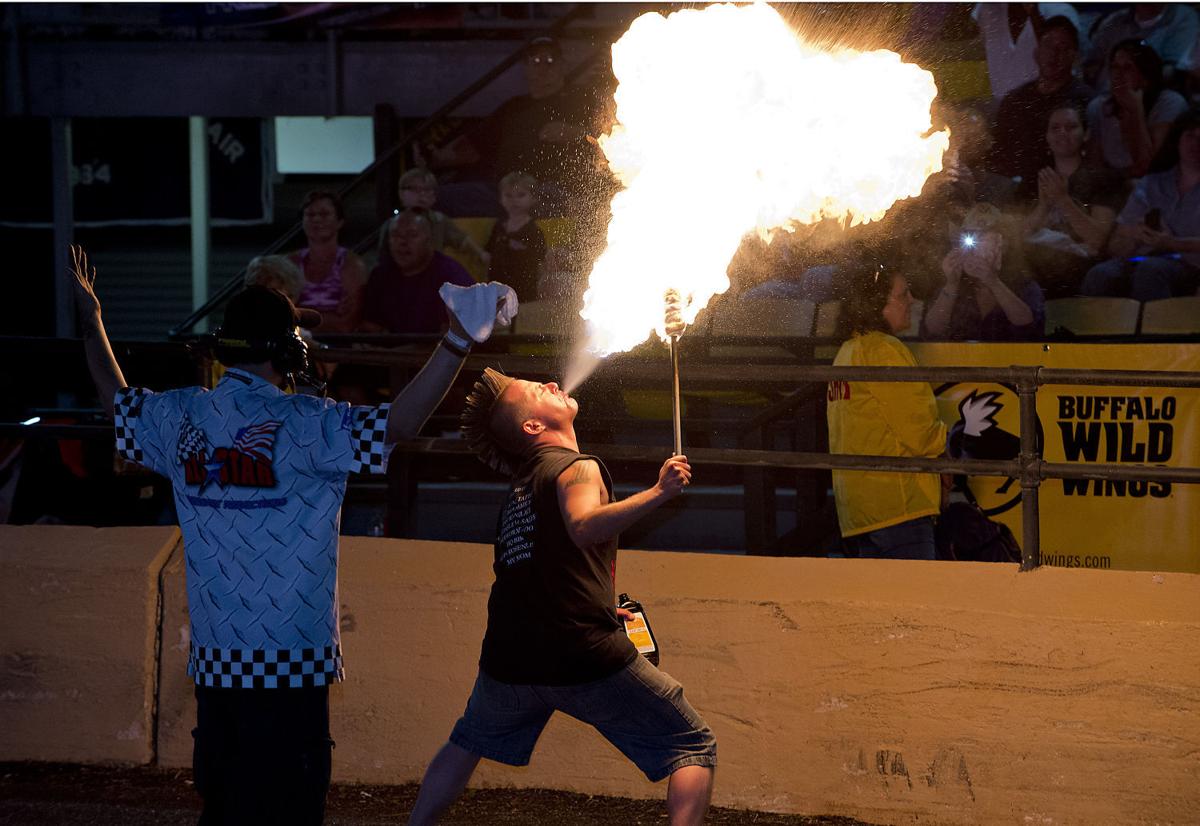 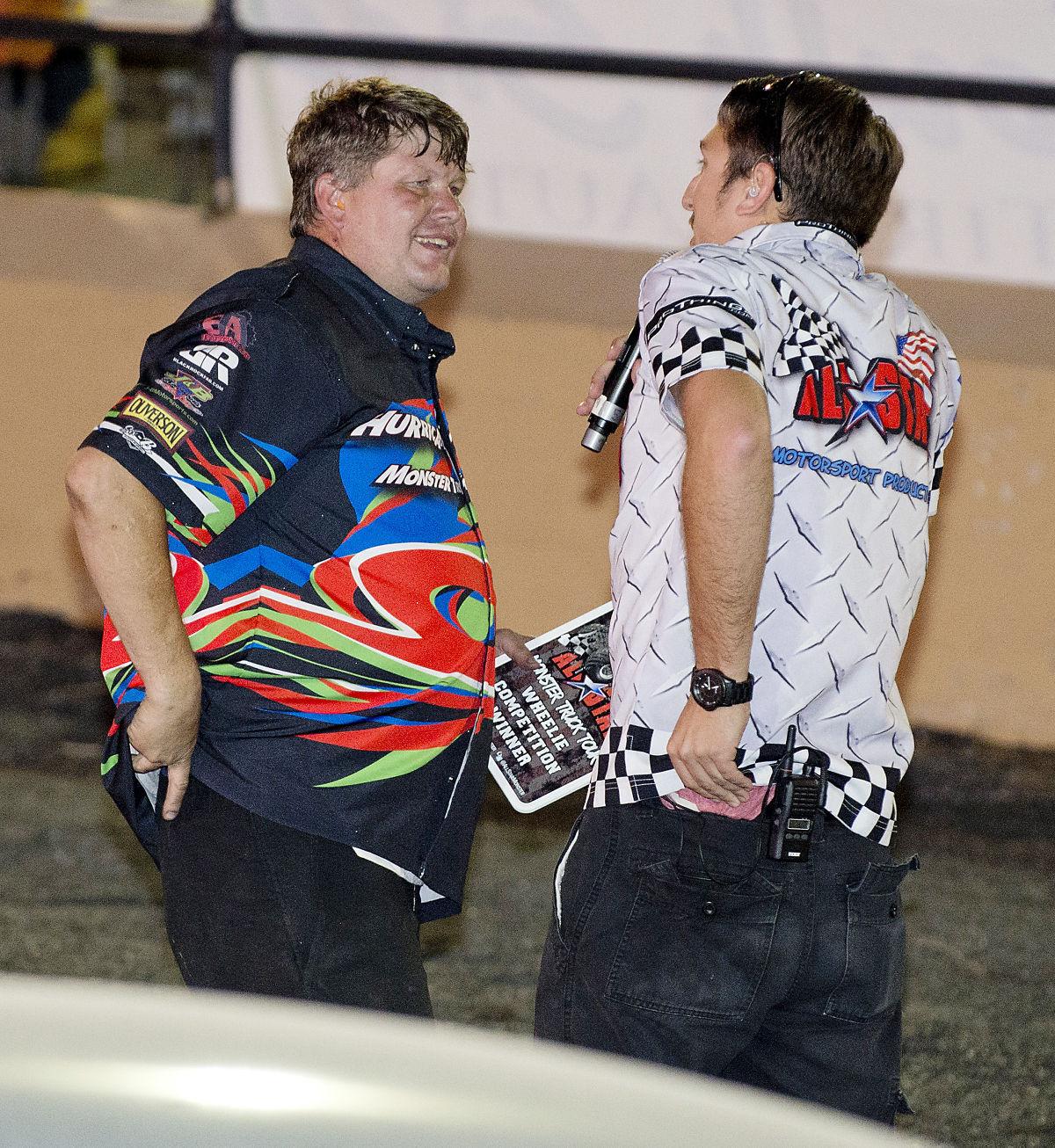 Monster truck Hurricane Force, driven by Trey Myers, of Brunswick, flies over two cars before a nearly sold-out crowd Friday night at The Great Frederick Fair. This was the first monster truck show to appear at the fair.

Having traveled as far as Europe and Australia as a monster truck driver, Trey Myers was never prouder than Friday when he set foot on the dirt track at The Great Frederick Fair.

“I grew up in this fair. I mean, I slept in my pickup back by the beef barns many years. The Great Frederick Fair really holds a lot of sentimental value for me,” the Brunswick native said as a nearly sold-out crowd shuffled into the grandstand before the first monster truck show in the fair’s history. “Even growing up as kids, my family came to the fair, so it was ingrained in me.”

Myers — who sat behind the wheel of the gigantic, 526 big block Chevy-powered Hurricane Force on Friday — began his lifelong love affair with the fair back in 1985 with Frederick County 4-H. By 2010, his family restaurant, the Pighole, began serving food at the fair and even sponsored another truck at Friday’s show.

“From showing market hogs in 4-H to having my own barbecue stand, sponsoring another monster truck, and getting to drive in it?” Myers said between signing autographs. “It really is an incredible event for me and my family.”

Crowd capacity in the grandstand was just over 3,000 seats, said Jim Grimes, fair organizer and Frederick County Agricultural Society board member. Just before the show began at 7:30 p.m., the new electronic ticket counters in use this year had about 2,000 attendees and counting, Grimes said.

Fair organizers heard a lot of demand from fairgoers over the years to bring the diesel-fueled mega-attraction to Frederick, but the tipping point came when locals such as Myers and Clarksburg business owner Tim Mente came up on their radar, said spokeswoman Sue Hall.

“The board of directors goes out to different conferences for fairs, and this was certainly something that was an interest of theirs,” Hall said. “And when they realized that there were some local drivers involved, that is always something we value and look to bring to the fair.”

For many of the younger spectators, including 7-year-old Tristan Grabow, Friday’s show represented another first. While Tristan has ridden in a special monster truck at the Montgomery County Agricultural Fair, neither he nor his younger brother, 4-year-old Tyler Grabow, had ever seen a live monster truck show, said their mother, Valerie Holford.

“We were actually out of the country, and we missed the Montgomery County Fair, so I was looking all over the place for something like this to take them to,” Holford said. She pointed to Tyler with a laugh. “... He actually said ‘If you don’t take me to this, I might have to start looking for another family!’”

Before the show, Tristan got another ride in the back of the specially designed passenger monster truck to pump himself up for the show.

“It was amazing! It’s so fun, it’s not really bumpy, but the truck goes crazy, like, there’s even steering in the back,” he gushed, then set his sights ahead as the lights of the grandstand flickered on. “I’m hoping to see every one of them jump over all the ramps!”

None of the drivers wanted to disappoint, knowing full well this inaugural show was important to the future of monster trucks at The Great Frederick Fair.

“The fairs usually hire us because of requests, and this has been one of the most-requested events, so hopefully we’ll put on a good show, and the show can start to grow like it has in Gaithersburg,” said Zane Rettew, a Lancaster, Pennsylvania, native who drove Stinger in Friday’s show.

Less than an hour later, the entire crowd of close to 3,000 spectators were on their feet screaming in glee as their hometown hero, Trey Myers, soared high over the second jump of the obstacle course. As the massive, 66-inch tires of Hurricane Force slammed down into the dirt track, the engine roared with all the ear-splitting force of the truck’s namesake, almost drowning the cheers.