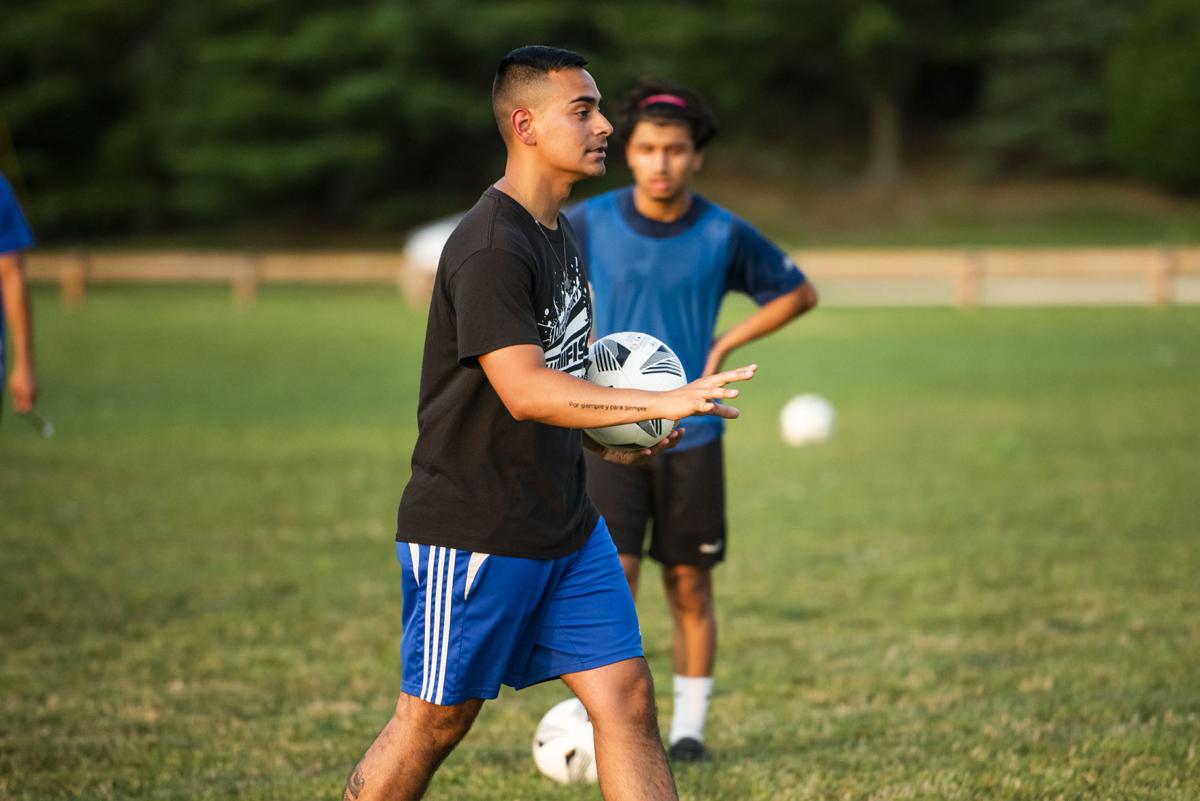 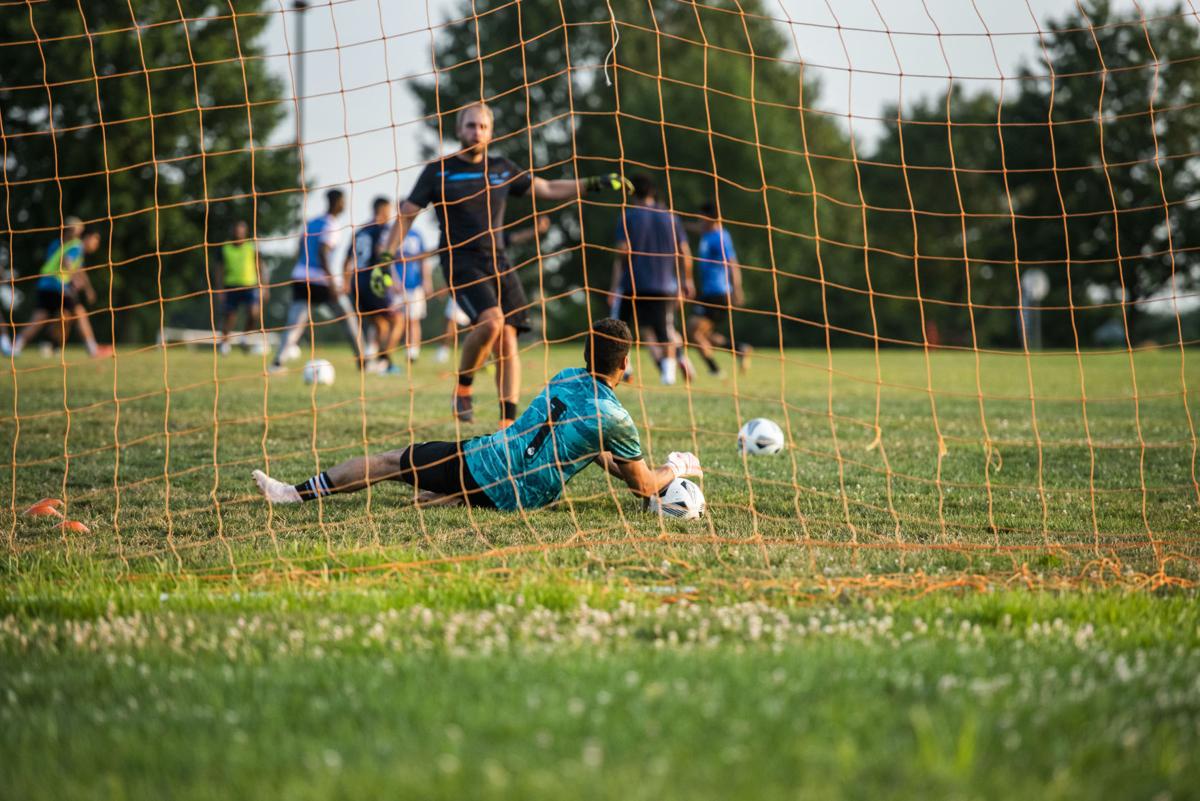 Joel Ramirez’s vision is coming to life right before his eyes.

On Wednesday evening at Ballenger Creek Park, there were close to 30 players participating in the second official practice for Western Ville CF 1892, the semi-pro soccer team he has started that will compete in the United Premier Soccer League (UPSL).

Ramirez, 23, graduated from Tuscarora High School in 2016 and currently serves in the Maryland National Guard. He is engaged to be married and has two young boys at home.

While serving on a COVID-19 vaccine mission for the National Guard in Salisbury, Ramirez drove past fields full of young people playing soccer, and he imagined scenes like that playing out across Frederick County.

That’s the vision that inspired him to start Western Ville CF 1892, and, through word of mouth, social-media posts and distributing flyers across town, he brought together more than two dozen players between the ages 18 and 29 to help make it a reality.

“I love the game,” Ramirez said. “When I used to play, I had that fire in me every time I stepped on the field, and it’s the same fire I have in me now that I am coaching.”

Like Ramirez, the players on the team have lives that extend well beyond soccer. They have jobs and families that demand a good bit of their time and attention. But the allure of still playing on a high level proved to be irresistible.

“I try and keep up with these young kids. It takes me back,” said Fulton Rugama, a 2010 Frederick High School graduate who, at 29, is one of the oldest players on the team. “I try and stay competitive.”

The UPSL is a third-tier professional soccer league in the U.S, two full notches below Major League Soccer on the top tier. It’s very comparable to the level the men’s semi-pro team for FC Frederick plays on in the National Premier Soccer League (NPSL).

Ramirez, who grew up playing youth soccer for FC-Frederick, says he isn’t trying to interfere or compete with what FC Frederick is doing on the local semi-pro scene, but rather supplement it.

There isn’t much overlap between FC Frederick’s NPSL season and Western Ville CF 1892’s UPSL season, which begins Aug. 21 with 14 weeks of Saturday games and then the playoffs.

Ramirez said he hopes that his team can serve as sort of a feeder team for FC-Frederick.

“I have a ton of respect for FC Frederick,” he said. “I played for them.”

As Ramirez began to bring his vision to life, everything was meticulously planned.

“They told me, ‘This is what you have to do’, and I did it,” Ramirez said of joining the UPSL. “I submitted everything, and now I am in.”

The name of the team brings together several elements. Western symbolizes Frederick’s status as “the gateway to Western Maryland.” Ville represents Walkersville, where Ramirez and his family currently live. The number 1892 was the year Walkersville was founded. And CF stands for club de futbol, or football club.

The team’s motto is unite and believe.

If all goes according to plan for Ramirez, the success of the men’s semi-pro team will inspire the formation of some youth teams for Western Ville CF 1892, and, within five years, he’ll be running a full-fledged soccer club, similar to FC Frederick and the Alliance Soccer Club in New Market.

Asked if doing all of this might be a little too much for him, especially while serving in the National Guard and maintaining an active family life, Ramirez said, “Those that know me know I can handle anything that is thrown at me.”

That's great news! We have a lot of young talented soccer players in our area and having another local path to going professional is definitely a good thing. I'd like to see Frederick get a USL Championship (2nd tier, behind MLS) team one day like Loudoun got. One correction, UPSL is the 4th tier system, not 3rd. 3rd tier would be USL League one.