You have permission to edit this article.
Edit
Home
News
Opinion
Sports
Topics
Calendar
Classifieds
Features
Become a carrier
1 of 4 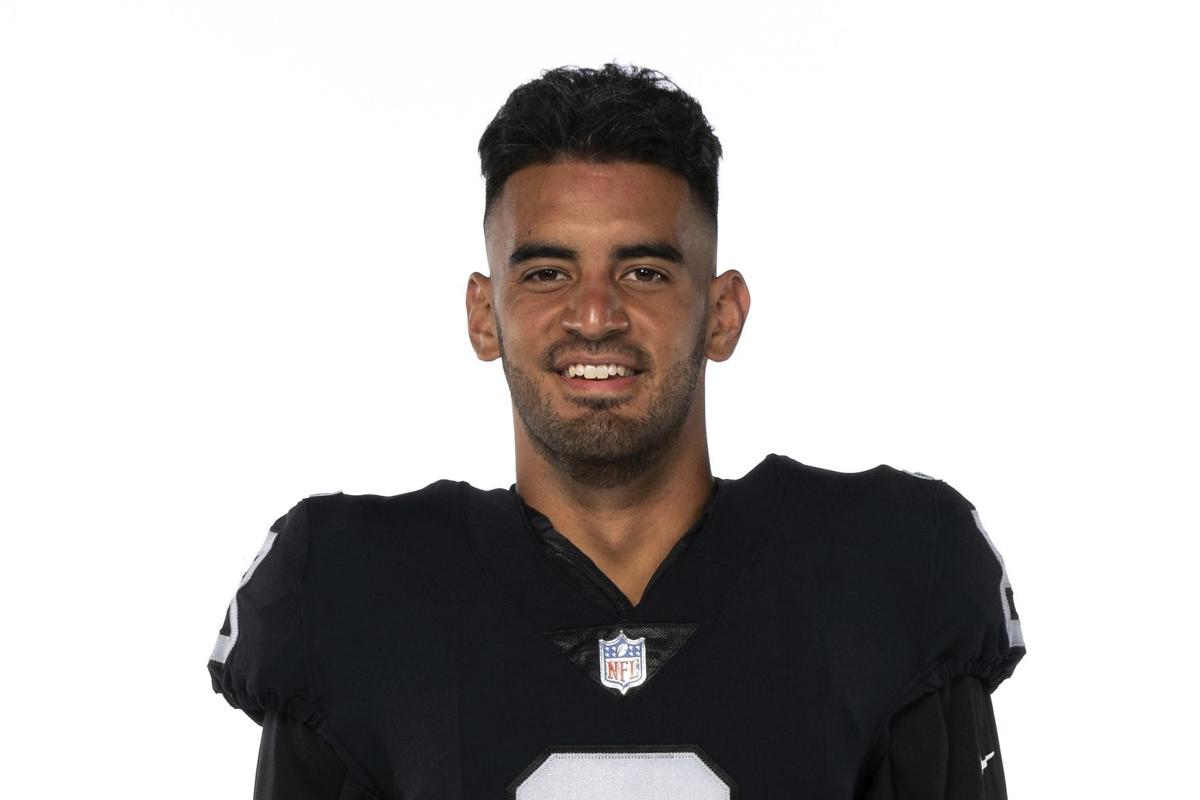 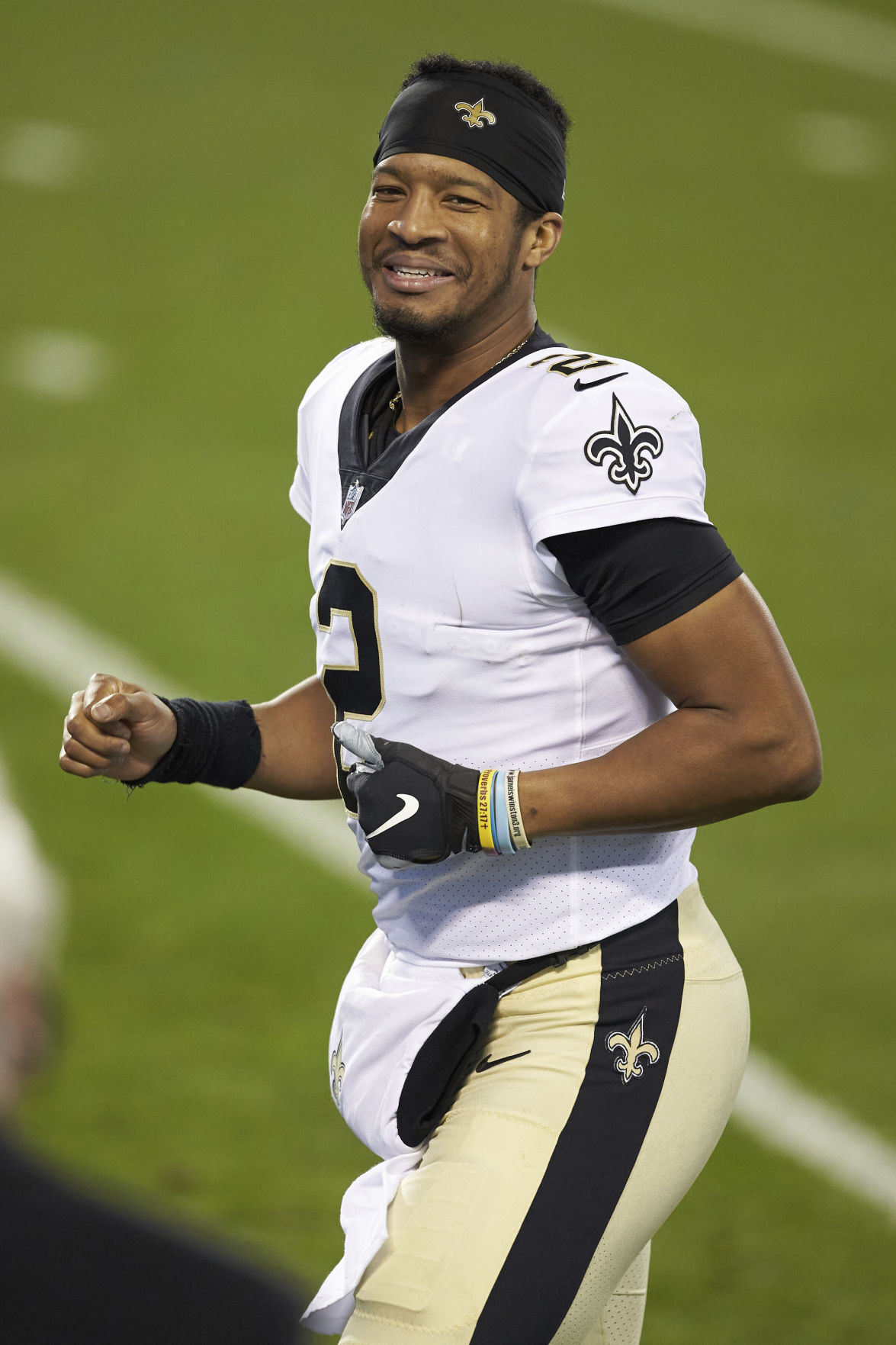 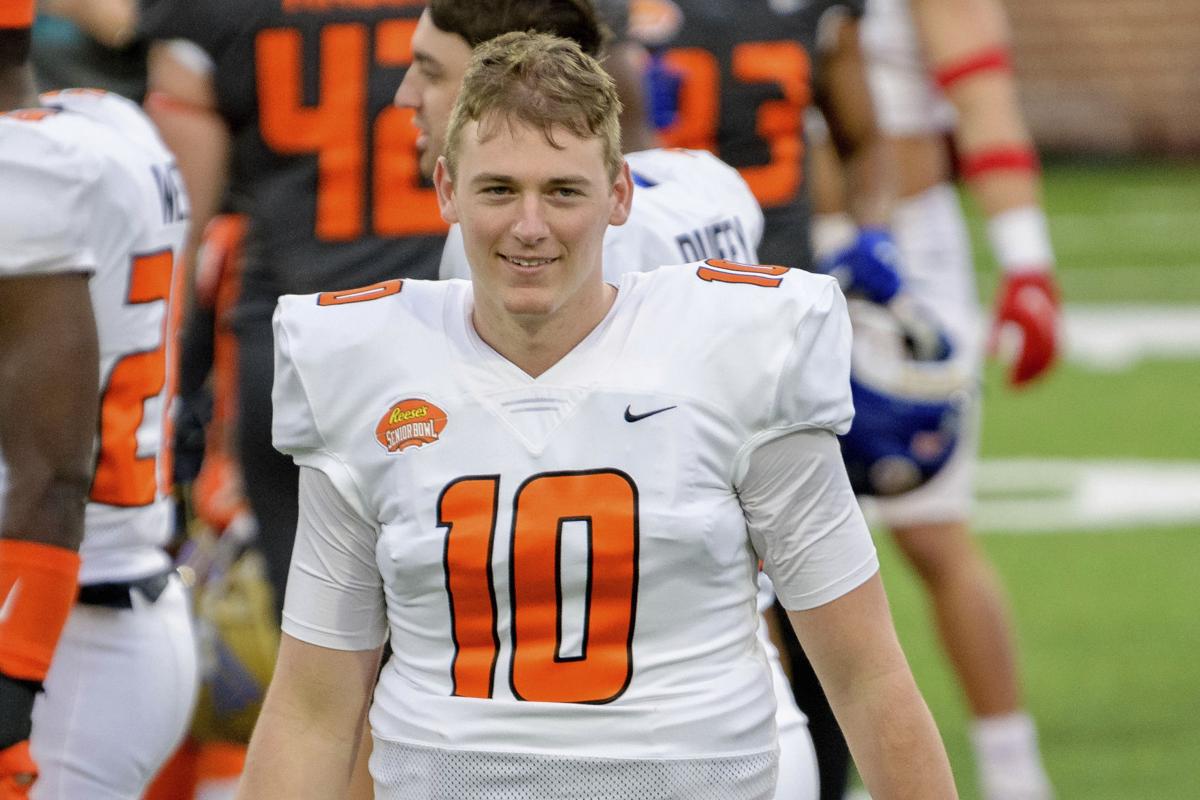 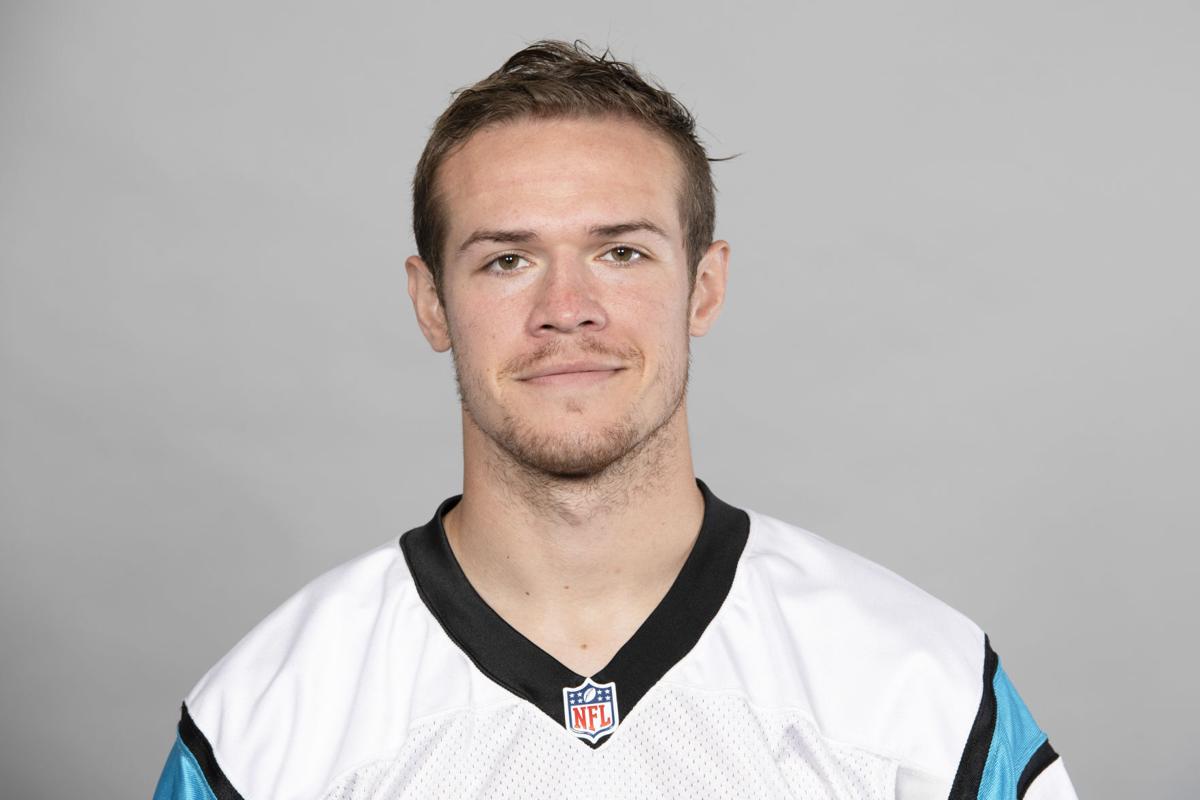 The Washington Football Team has been staring down the same crucial question since the middle of last season: Who is its franchise quarterback? There are other pressing issues, such as wide receiver, linebacker and offensive line, but coach Ron Rivera knows his team can’t contend for a championship without an upgrade at quarterback.

Yet there are several teams around the league asking the same thing, increasing the competition for a limited number of passers. Washington’s playoff run last season came at a cost, in that its 19th pick in the first round of the draft is likely outside the range where the team could land a top quarterback prospect. Free agency doesn’t provide a clear-cut answer, and the trade market is crowded — although there is one less QB-needy team after the Indianapolis Colts traded for Philadelphia’s Carson Wentz last Thursday.

Trade for the right price

This is the most immediate option. The most popular name on the market is Houston’s Deshaun Watson, but the Texans’ reticence to trade him, as well as Rivera’s comments about not wanting to mortgage the future, makes it seem less likely. Plus, Washington doesn’t have an enticing quarterback or high draft slot to offer in return, and Fitzgerald believes any trade package would likely have to include rookie of the year pass rusher Chase Young.

Washington has three other potential options if these players are made available: a Raiders backup deserving of another chance (Marcus Mariota), a young Jets starter perhaps on the outs with a new regime (Sam Darnold) and a Panthers QB with a significant injury history (Teddy Bridgewater).

Fitzgerald projects it will probably cost a mid-round pick to acquire a player such as Darnold, if he’s even made available. Theismann is adamant the team must conserve its draft capital because the offense has other positional needs, and he said he would be hesitant to trade for someone he’s not sure is better than what the team already has, including Darnold. The former third overall pick of the Jets is entering the fourth and final year of his rookie contract, but any team that trades for him would have the option of picking up his fifth-year option.

Theismann said he thinks Mariota would be a good option because he wouldn’t cost as much — perhaps a third- or fourth-round pick — and has an expiring contract. He sees parallels between Mariota and Ryan Tannehill, the quarterback who seemed on his way out of the league after a bad start in Miami. But in 2019, Tannehill joined Tennessee, complemented a good running game and solid defense (after taking over for a benched Mariota) and put the Titans a game away from the Super Bowl. Theismann believes Mariota and Washington could form a similar match.

Washington offensive coordinator Scott Turner was Bridgewater’s positional coach in Minnesota, and new executive vice president of football/player personnel Marty Hurney liked Bridgewater enough to give him a three-year, $63-million contract in Carolina last year. But Fitzgerald doesn’t think the Panthers will part with him until they know they have a replacement, via trade or the draft.

“If you’re waiting until Carolina picks somebody in the draft, that’s a long time to wait to find a starting quarterback for your team,” Fitzgerald said.

This free agent class is thin. Washington’s best option would be for Dak Prescott to reach the market, but it seems unlikely the Dallas Cowboys won’t either work out a contract extension or use the franchise tag on him for a second time. If he were to reach free agency, Washington would likely have to get in a bidding war with other teams to land him.

If Prescott doesn’t reach free agency, the second tier includes Jameis Winston, Ryan Fitzpatrick, Jacoby Brissett, Tyrod Taylor, Cam Newton and Andy Dalton. Spielberger said Washington should target these options as bargains and must avoid overpaying for a middle-tier quarterback, as San Francisco did with Jimmy Garoppolo and Minnesota did with Kirk Cousins.

Should Washington look to Newton, Fitzgerald projects he’s worth a two-year deal with an average salary per year of $7 million.

Washington would be taking a big risk by waiting until the draft. Not only is there an incomplete season of game film with which to evaluate prospects, Brugler believes as many as a dozen teams could go into the draft looking for a quarterback and create a frenzy in the top 10.

“They’re going to have a big decision to make,” Brugler said. “Do they sit at 19 and hope [Alabama’s] Mac Jones falls to them? Or do they be aggressive and go get their guy?”

Even if the team pushes hard, it’s unlikely it has the capital to move into position for Brigham Young’s Zach Wilson or Ohio State’s Justin Fields. (Clemson’s Trevor Lawrence is widely expected to be the first overall pick of the Jacksonville Jaguars.) Brugler believes it’s possible Washington could trade up to No. 7 or 8, which would put it in range for Trey Lance, but he acknowledged the North Dakota State redshirt sophomore is an “unprecedented evaluation.” He has elite traits but little experience against tough competition (all 17 career games came against FCS opponents).

Mueller agrees. “As a GM, I’d have a hard time with that one,” he said, adding that each of the top quarterbacks have at least one drawback. He views Wilson as a more complete quarterback because of his ability to quickly process information and make all the necessary throws. “He’s proved himself,” Mueller said. “You don’t have to project him into a different role.”

In the draft process, Alabama’s Jones has an advantage over Lance. Jones competed in the Southeastern Conference and attended the Senior Bowl, two proving grounds Lance did not have. But Brugler also noted Lance loves to go deep and, if refined, would be a natural fit in Washington’s offense. And Jones, Mueller added, “had the best talent around him that anybody’s ever had,” so his evaluation requires context.

If Washington misses on the top prospects, it could look to draft one in the middle rounds, as it did with fourth-rounder Cousins in 2012. Brugler noted Stanford’s Davis Mills is a high-upside prospect who should be available between the third and fifth rounds.

Stick with what you’ve got

Washington needs and wants an upgrade at quarterback, so while keeping the room status quo is not out of the realm of possibility for 2021, it would be the least appealing option. Or, as Spielberger put it more bluntly: “It would be a waste of this roster.”

Rivera has promised few things for next season, but competition at nearly every position is one of them. The team re-signed Taylor Heinicke to a two-year deal after he impressed with his lone start in Washington’s playoff loss to the Tampa Bay Buccaneers, but he’s guaranteed just $1.5 million. And the team may keep Kyle Allen — who is recovering from ankle surgery — on an exclusive rights free agent tender, but that’s worth only $850,000 for one season.

Mueller believes both quarterbacks are “limited physically,” and Heinicke (6-foot-1, 210 pounds) more so than Allen (6-3, 210). “It doesn’t mean they can’t overcome it with the other things we’re talking about, but they have farther to come physically to even match up to Alex [Smith], much less the other starting quarterbacks,” he said.

Theismann, however, believes Heinicke could be a viable option.

“Obviously, it was monumental what [Alex] did last year, but Taylor can do things he can’t do,” he said. “He can put the ball down field and make plays with his feet.”

Smith will be 37 at the start of next season and though he hasn’t said definitively he wants to keep playing, he strongly indicated as much in recent interviews. He has two years remaining on his contract, but no guaranteed money left. If Washington keeps him on his current deal, he carries a cap charge of $24.4 million for 2021 and $26.4 million for 2022. If it cuts or trades him, the team eats $10.8 million from his prorated bonus — dead money that counts against its cap.

Washington may wait to decide on Smith’s future until it knows what it can land in a trade or free agency. If Washington comes up empty trying to acquire another veteran quarterback, keeping Smith makes sense. If it trades for a guy viewed as a short-term starter, keeping Smith as a backup and mentor might also make sense — but on a lesser salary.

“They’d have to bring his number way down,” Fitzgerald said, adding that he thought Smith could earn a $3 million to $4 million per year contract with another team.

Stand pat. Maybe pick one in the third round.