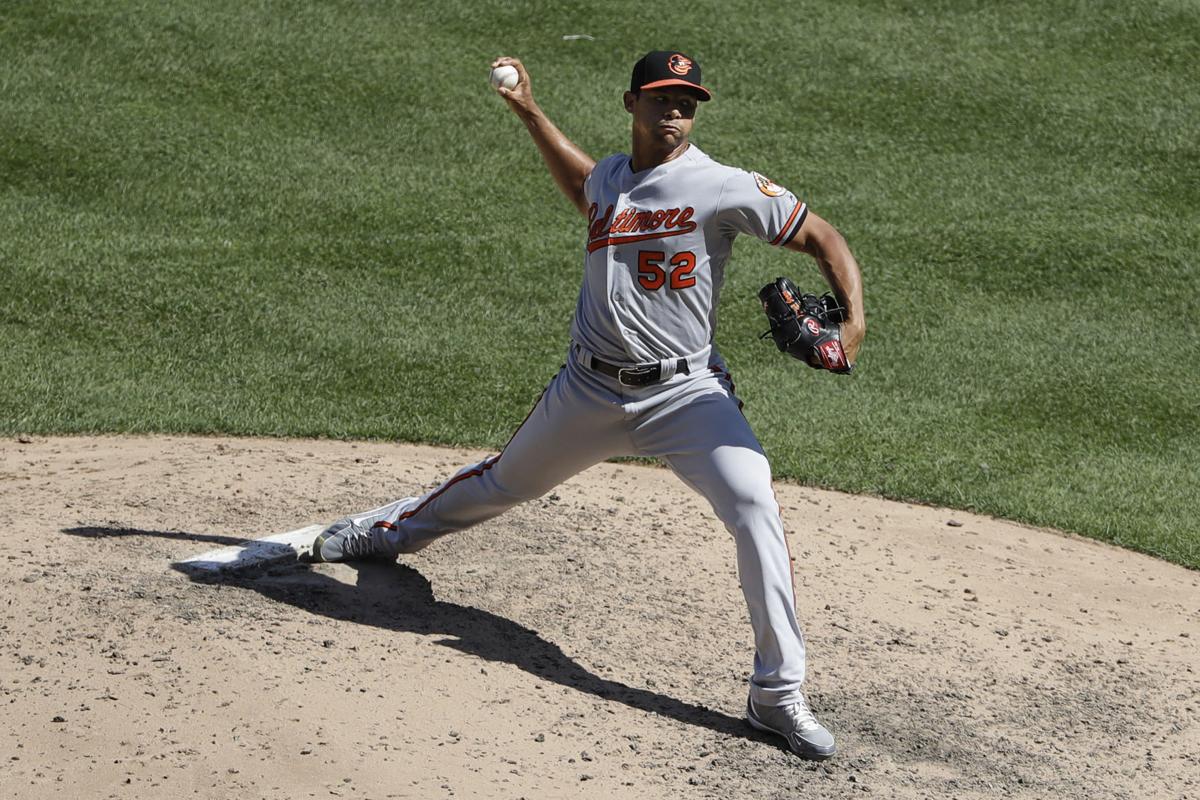 Branden Kline, shown pitching for the Orioles in 2019 against the Yankees, announced his retirement from baseball Wednesday. 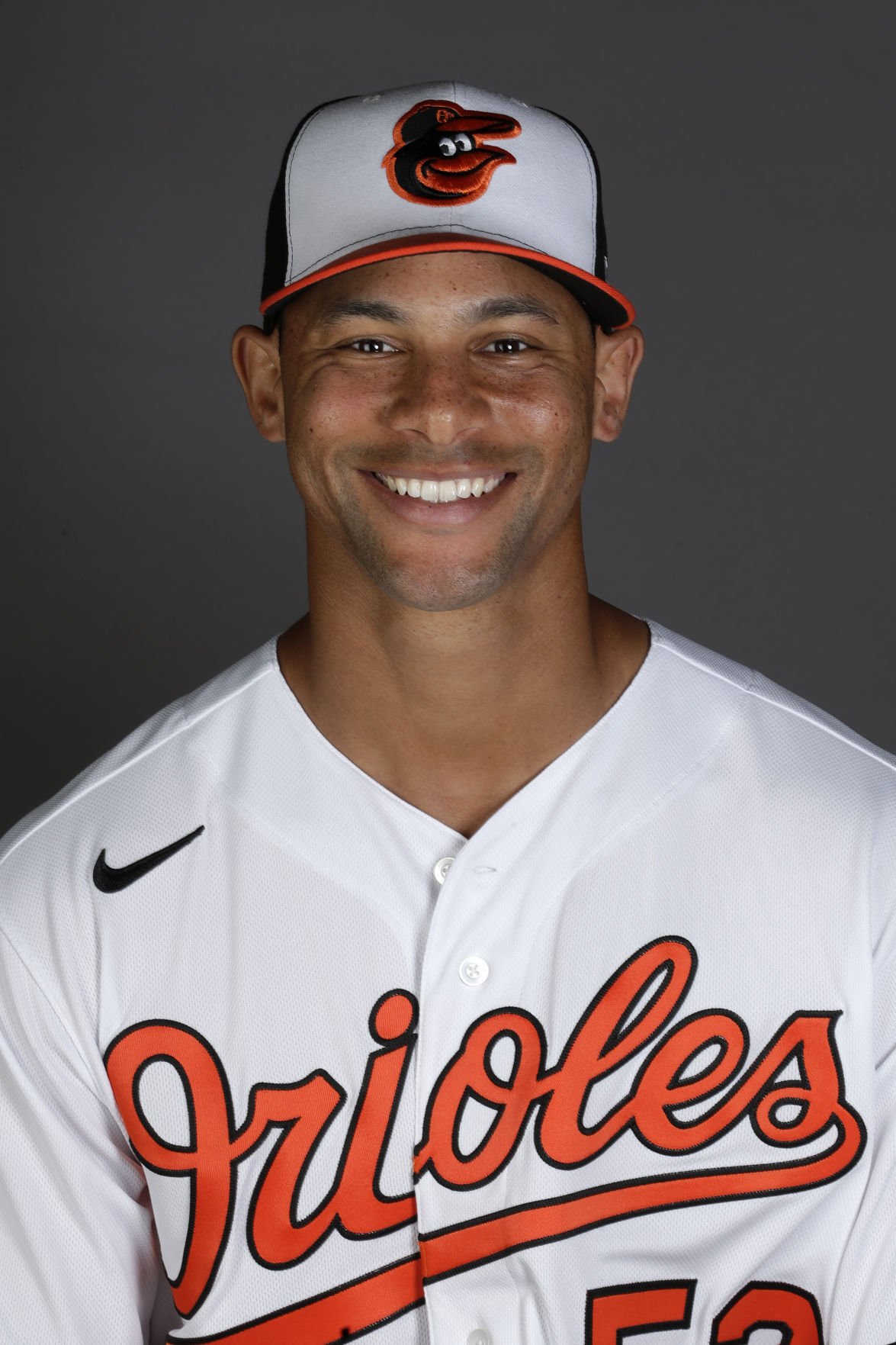 Branden Kline, one of the biggest baseball success stories in Frederick County history, announced the end of his playing career Wednesday morning.

A 2009 graduate of Thomas Johnson High School, Kline posted the news on Instagram. He began the 140-word post with “Dear Baseball ...” and ended his message — which included a scripture quote and a thank-you to the Baltimore Orioles — by saying:

“I’m happy to officially announce my retirement from this wonderful game. It’s been a fun ride,” he wrote, followed by a peace-sign emoji.

Kline, a 6-foot-3 right-hander with a powerful assortment of pitches, recently entered free agency after parting with the Orioles, who drafted him in the second round out of the University of Virginia in 2012 — three years after he’d elected to play in college despite being picked by the Boston Red Sox, his favorite team growing up, in the sixth round as a high school senior.

When contacted by the News-Post, Kline said he planned to spend the rest of the day with his family and would comment more Thursday. When his mother, Linda, was reached for a phone interview, she had to gather herself before she started to cry.

“He played ball for 25 years. I am so used to going to see him play,” Linda Kline said. “Now, I get to go visit him and my grandbabies.”

Branden Kline and his wife, Sarah, who reside in Evans, Georgia, welcomed their second child, a daughter named Avery Jean, on Nov. 27. She joins older sister, Adalyn, who was born in 2017.

While Kline’s immediate post-baseball plans are unclear, Linda Kline said that spending more time with his family was a top priority.

“It’s going to take some time getting used to” Kline said of her son no longer playing. “As long as he is happy, that’s all I care about.”

When he spoke to the News-Post shortly after deciding to enter free agency in November, he seemed at peace with whatever the future held for him after persevering through a lengthy minor-league career fraught with injuries and setbacks. He had a broken leg, Tommy John surgery and two other elbow surgeries that cost him most of three seasons in the minors.

But they didn’t prevent him from making his major league debut on April 20, 2019 against the Minnesota Twins.

“It’s crazy to think that eight years has flown by that fast,” Kline said two months ago. “It really does seem like yesterday that I was just getting drafted out of college and starting my pro career. Now I have the opportunity to choose where I want to go.”

Or, as it happens, what he wants to do.

He chose to step away from the game at age 29 after two years spent shuttling between the Triple A Norfolk Tides (in 2019), Baltimore’s secondary camp in Bowie (in 2020) and the Orioles’ bullpen.

During the shortened 2020 season, Kline pitched just five innings over three games with a 1.80 ERA for the Orioles.

Kline — who had a couple of stints with his hometown Frederick Keys as he made his way up through Baltimore’s farm system — was the 14th player in Frederick County history to appear in the major leagues, according to baseballreference.com.

When he was drafted by the Orioles in the second round of the draft on June 5, 2012 with the 65th overall pick, Kline became the first player from Frederick County to ever be selected that high, surpassing Frederick High graduate Petey Cooper, who was taken in the fifth round (108th overall) of the 1969 draft by the Cincinnati Reds.

At the time of his selection, Kline was cleaning out his locker at the University of Virginia, where he had just completed a fine junior season as a starting pitcher. When he heard the news, he said his heart practically stopped.

“Some of my coaches and teammates were around when the pick was announced, and it was great to be able to share that moment with them,” he said at the time. “They helped mold me into the person and player I am today.”

Those are some of the fond memories Kline will now have a chance to look back on in his post-baseball life.

“We both knew this day would eventually come,” he said on Instagram, where he posted four photos from his career, including one taken by the News-Post when he was a senior at TJ. “Thank you for everything you’ve done for me, and my family over the past 25 years! You’ve given me great friends, life-changing experiences, as well as a career that I’ve cherished for the last 8 years. I’m looking forward to spending more time with my family and being more involved in spiritual matters.”

He went on to thank his agent, Tom Hagen, and then the Orioles, “for taking a chance on a local boy!”

The Keys and Orioles both gave a nod to Kline’s retirement on Twitter, with the Orioles saying, “Homegrown kid, hometown team. Branden Kline lived a kid’s dream. Congratulations and enjoy your retirement.”

i am disappointed to read that Branden has decided to retire.i liked him while being with the orioles.

You are a class act Branden and another jewel in Frederick’s sports crown. ⚾️

Thank you Branden for giving your home town fans a great guy to follow for 8 years. May you and your family's future be full of happiness.