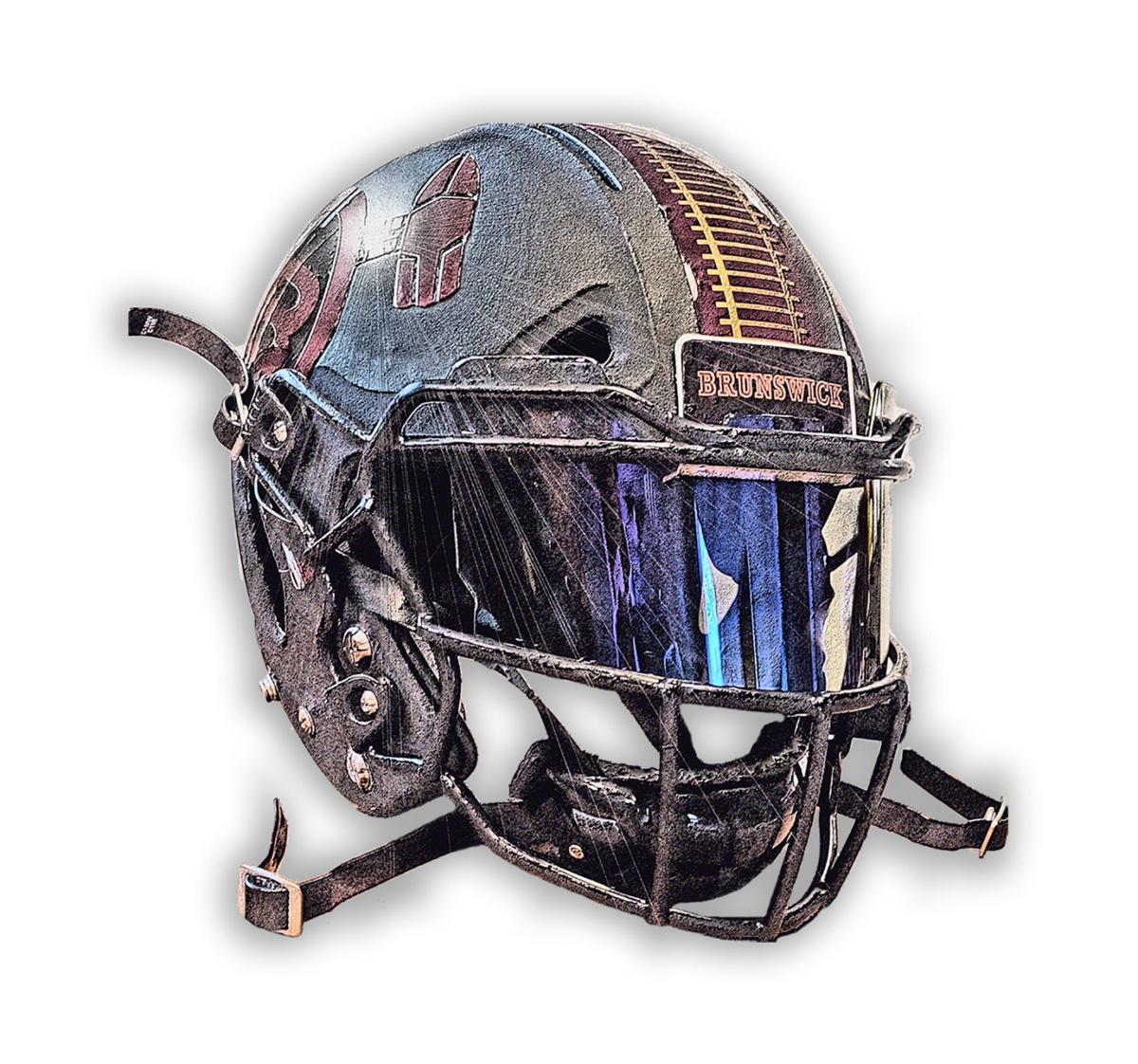 In April 2019, this group of former Brunswick High football players went to Hyattsville to scrimmage the semipro Montgomery County Rams. A win that day set in motion plans that gave birth to the Brunswick Railroaders semipro football team, which hopes to open its inaugural season next month in the True Football League.

In April 2019, this group of former Brunswick High football players went to Hyattsville to scrimmage the semipro Montgomery County Rams. A win that day set in motion plans that gave birth to the Brunswick Railroaders semipro football team, which hopes to open its inaugural season next month in the True Football League.

A couple of years ago, Seth Wagner found himself strapping on a belt and stepping onto a field to compete again for the first time since he graduated from Brunswick High in 2015.

But flag football wasn’t for this former state-record breaking running back. He was lining up at tight end and slot receiver, positions that did not tap into his finest ability — tucking the football and pounding into the line of scrimmage over and over.

“In the flag football scene, they don’t really run the ball,” said Wagner, who carried 55 times in a 2014 contest for the Railroaders, setting a Maryland record that has since been eclipsed.

After taking a job as a machinist in Washington D.C. out of high school, Wagner, 22, had longed for another chance to inflict his will on opposing defenses. Now, with the establishment of the Brunswick Railroaders semipro football team, it appears his wish will be granted thanks to the work of team president Brian Swiger.

With waivers signed and light practices taking place during the coronavirus pandemic, the new team full of Brunswick High alumni — plus plenty of others from nearby — is on track to play its inaugural game next month in the 10-team True Football League.

“I’m more of a pads player,” Wagner said. “The opportunity to put the pads on again, I was all for it.”

The Brunswick Railroaders were the brainchild of Swiger, a 1993 Brunswick High grad who’d played plenty of flag football over the years. In 2018, he helped organize an alumni football game between Brunswick and Boonsboro. The performance of that Brunswick team encouraged Swiger to seek more competition.

The following spring, he landed a scrimmage for that group against the Montgomery County Rams, who were coming off the 2018 TFL championship.

Wagner tore up the Heurich Park turf in the second half, leading the win, according to Swiger.

Impressed, the Rams invited about 10 Brunswick players onto their team for 2019. Meanwhile, Swiger, one of those players who joined the Rams, got the wheels rolling on his program. The Brunswick Railroaders are a nonprofit, headed by Swiger and five board members.

“[The TFL] wanted us to start last year, but I knew we needed a year to get this all together,” said Swiger, 45, a civilian engineer for the United States Coast Guard.

Securing bodies wasn’t a concern — Swiger said his initial list of interested players reached 120, and 62 names are on the team’s current roster. But he had to acquire equipment, uniforms and field gear. Plus, he needed to find venues to rent for practices and games.

He figured out how to start a nonprofit and set the first-year budget at $20,000, including a $100 fee per player. Swiger said the rest of the money came from sponsorships, merchandise and ticket sales and donations.

By last fall, plans for the team were full-go.

Swiger bought old equipment from Brunswick High “for pennies on the dollar” and tapped a contact with the county’s Parks and Rec department to gain usage, for games, of the new turf field at Brunswick’s nearly completed Othello Regional Park.

“It would mean the world to us to open up that park with our team,” Swiger said.

With such a distinct Brunswick High flavor, the team nickname and uniform color scheme were obvious choices. Swiger got 50 unused Railroaders helmet decals from the High School in exchange for a donation to the football program. And when he went to start a website, he couldn’t believe the URL brunswickrailroaders.com was still available.

The team, under head coach and Brunswick grad David Leveille, will basically be running the Brunswick High offense.

Even with the coronavirus shutdown, Swiger said the TFL plans to move forward with its season. Brunswick is scheduled for the Kickoff Classic against the Maryland Admirals at Walker Mill Park in Capitol Heights on July 11. The Railroaders’ first home game is set for July 25 against the Baltimore Cougars.

With some restrictions loosened regarding the pandemic, the Railroaders have held three practices on a local field, “with the blessing of the community,” said Swiger, who added language regarding COVID-19 risks to the players’ waivers.

Wagner said most of practice consists of position-group work, so they are gathering in smaller clusters to observe social-distancing rules.

“I’m totally comfortable with it. [Swiger is] doing it the right way,” Wagner said. “We’re all there under our own discretion. The people know what risk there is being out there.”

So, Wagner could be running through holes opened by a man who is “older than my parents,” the running back said.

That’s part of the charm of a team like the Railroaders, where age may vary wildly but everyone on the team pays the same sign-up fee.

One of Swiger’s main goals was to build a deep roster, knowing that the players have lives that might take precedence over entry-level semipro sports. He believes he has succeeded.

“The pressure’s not there, and this should be a lot more fun that way. We should be able to handle whatever the football gods throw at us.”

Sounds like fun. .Good luck and if the pandemic changes maybe I will get a chance to watch you play.