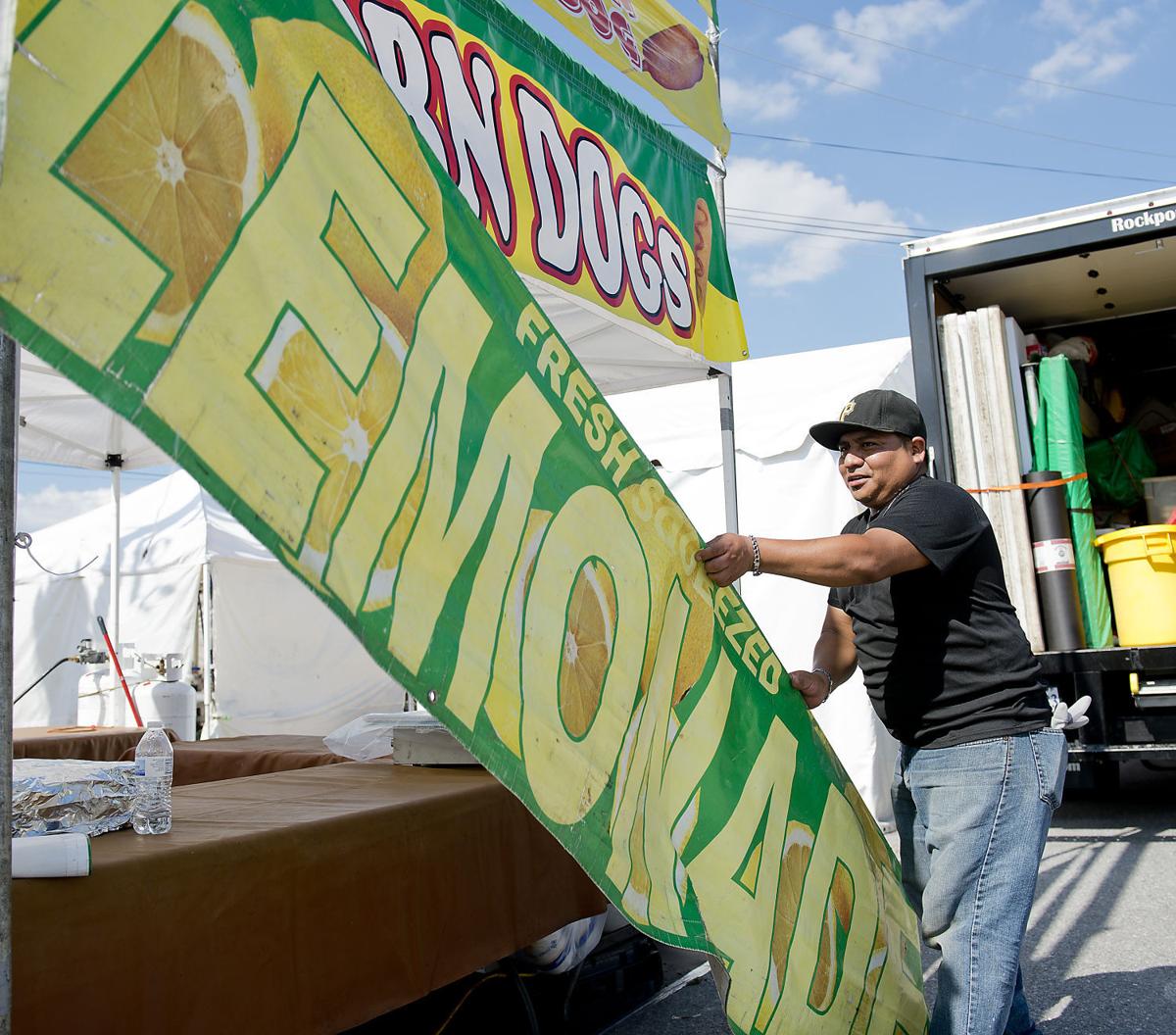 Ceaser Pastor puts a drink sign in place at the Concession World food stand Thursday as they prepare the stand to open today at The Great Frederick Fair. 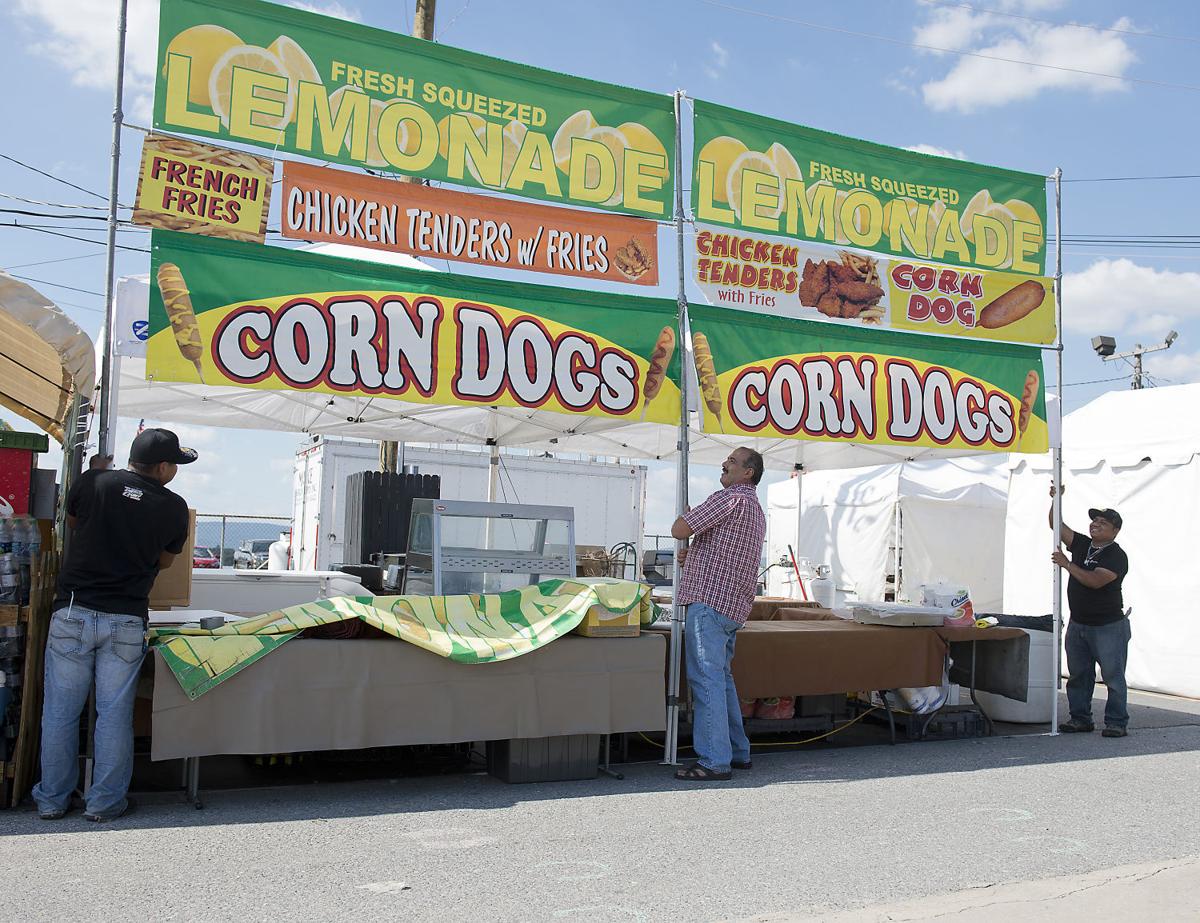 Workers put up signs at the Concession World food stand Thursday as they prepare the stand to open today at The Great Frederick Fair.

Ceaser Pastor puts a drink sign in place at the Concession World food stand Thursday as they prepare the stand to open today at The Great Frederick Fair.

Workers put up signs at the Concession World food stand Thursday as they prepare the stand to open today at The Great Frederick Fair.

Inspection reports provided by the Frederick County Health Department showed that vendors had about 71 violations, including unrefrigerated raw vegetables and employees working without hairnets, at the 2014 fair. In 2013, vendors racked up almost 150 violations.

The number of violations decreased from 2013 to 2014 despite an increase in vendors. There were 28 more vendors at the 2014 fair. In 2013, 67 vendors held county-issued permits to work the fair.

Violations at the 2014 fair, according to county data, were mostly related to the vendor’s setup; one vendor had water pooled on the floor under an ice chest, and another had a tent that didn’t have three sides.

Vendors also had food safety violations related to temperature: At a pizza stand, a vendor voluntarily discarded cooked pizza and corn dogs that had cooled too much while sitting out.

“You’re coming in and setting up a full-scale restaurant for 10 days of business,” he said.

Beck’s company is based in Pennsylvania and mostly employs family members. He got into the business when he was 13 years old and bought his first trailer when he was 18, he said.

Beck serves food at two or three fairs a week, depending on the season. For The Great Frederick Fair, he’ll have six to eight people helping him prepare and serve Hawaiian shave ice, pulled pork, gyros and grilled pineapple, among other fair food.

Vendors coming from another state must learn each state’s rules, but Beck said there aren’t many differences.

“It’s all pretty much uniform when it comes to food safety,” he said.

“It is rare for [the] Frederick County Health Department to deny a Temporary Food Service Permit to a vendor for any event,” Cochran said in an email. “Usually, missing information from permit applications or misunderstandings about the requirements can be resolved, and the permit can be issued.”

The department has encouraged vendors to obtain permits in advance of the fair, but does accept payments for permits on-site. A permit for a single vendor costs $25, but a $10 late fee may also be charged.

I often wonder how safe the food is at the fair or a carnival. It is just too easy to have food spoil, if not taken care of properly.