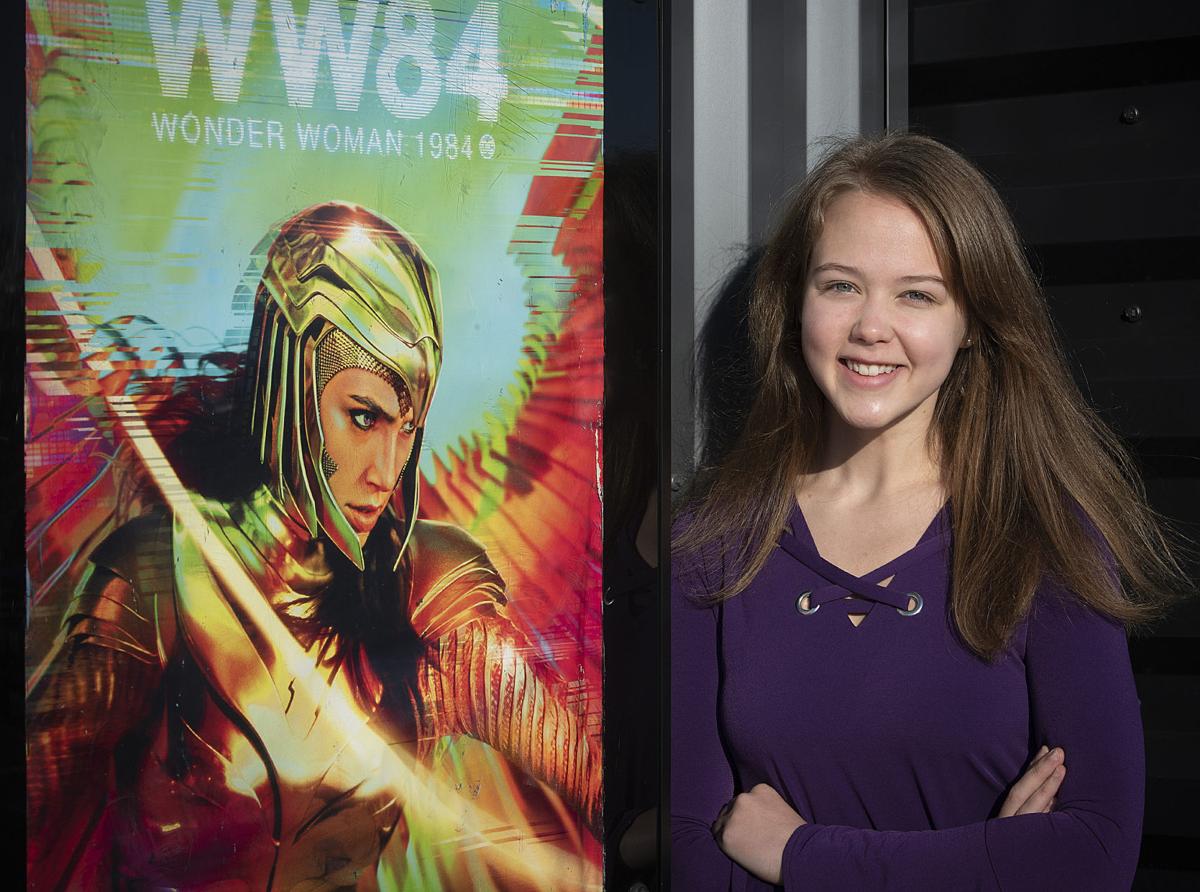 Urbana High grad Caroline Coleman played a shoplifter in "Wonder Woman 1984," which is playing at Warehouse Cinemas in Frederick and streaming on HBO Max. 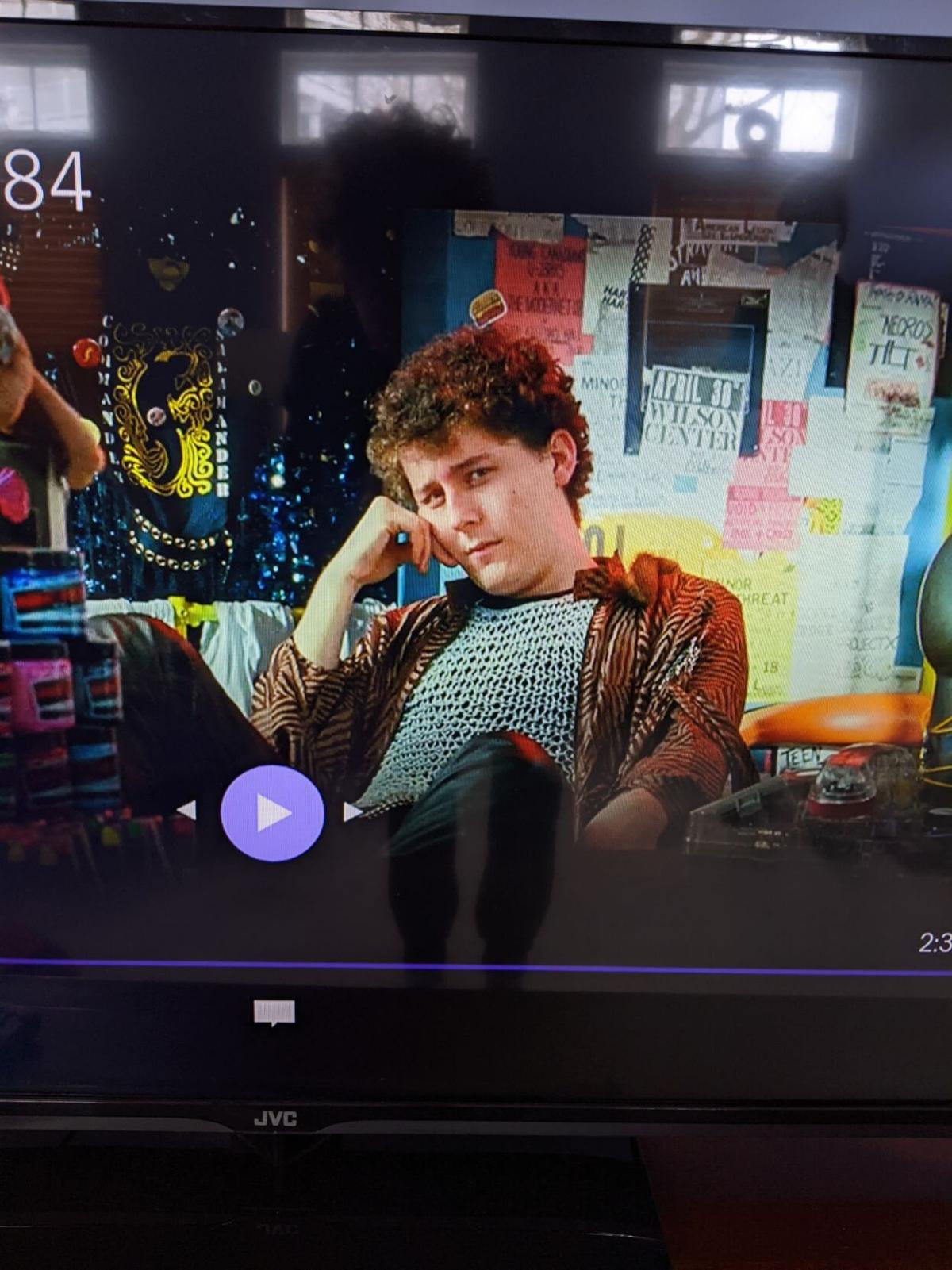 A still of Middletown High grad Parker Damm while playing the role of a store manager in "Wonder Woman 1984." 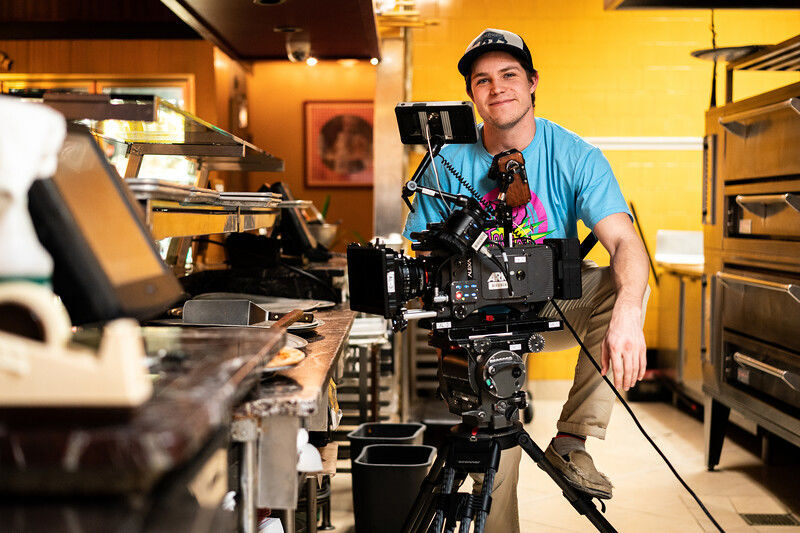 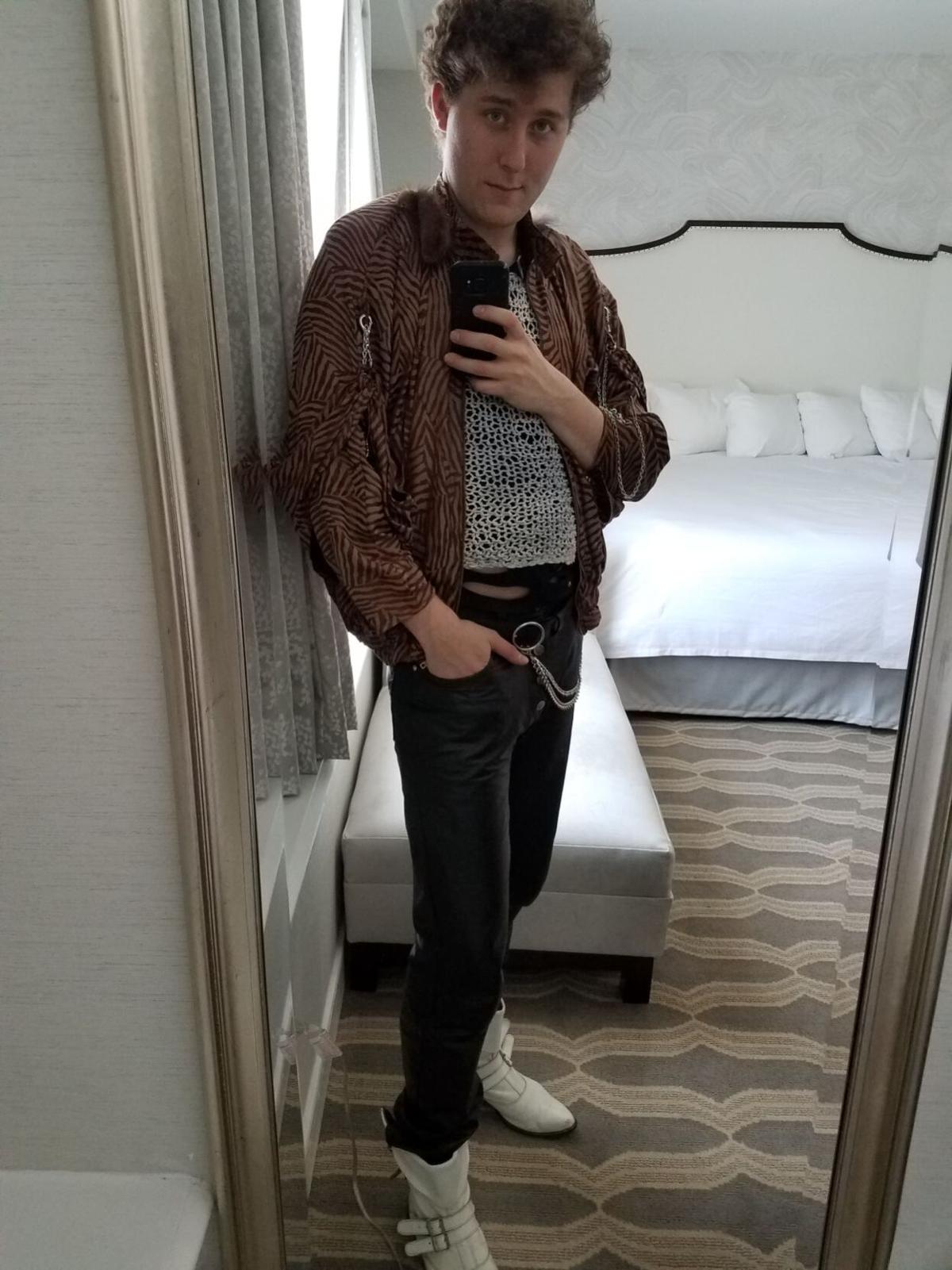 Middletown High School grad Parker Damm takes a selfie in his "trailer" (a hotel room at the Georgetown Inn) while wearing his costume for his part as a store manager in "Wonder Woman 1984" during filming. 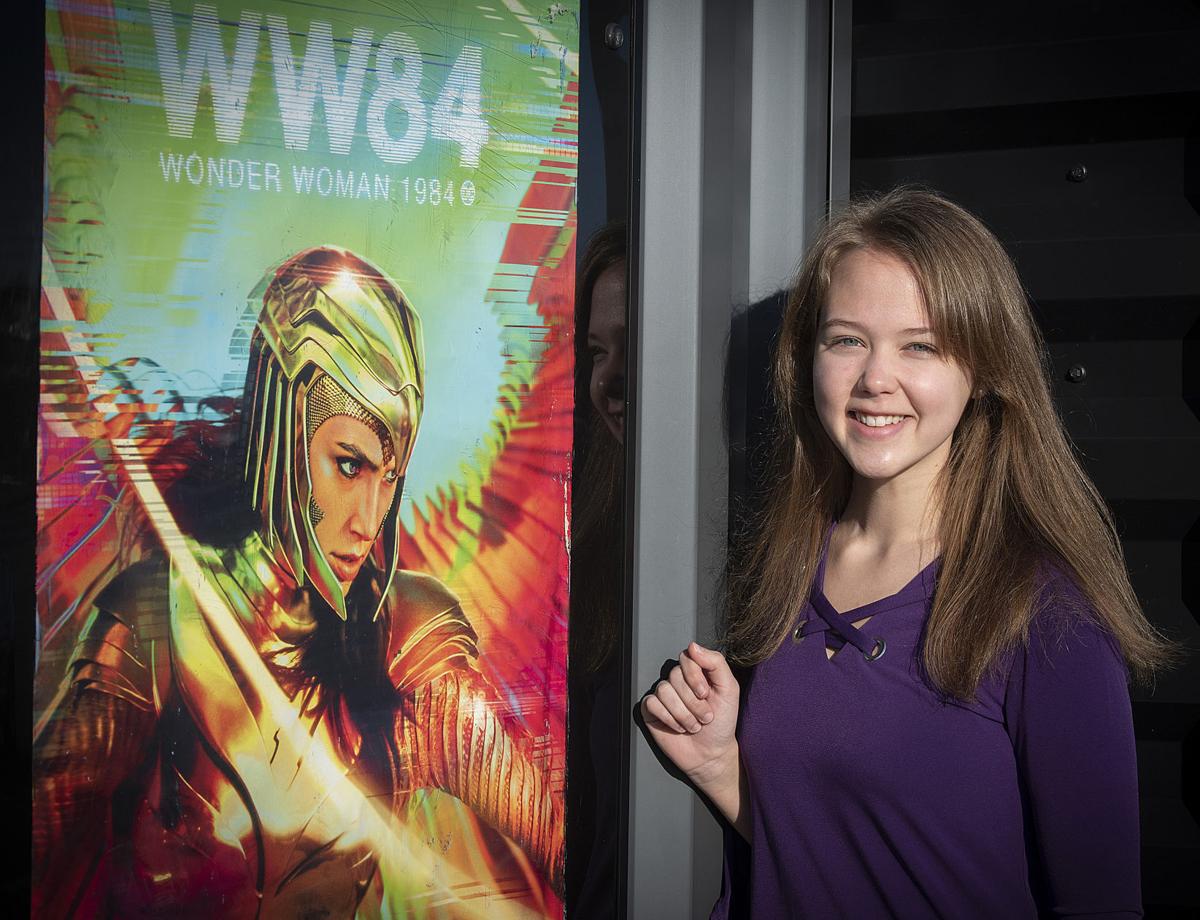 Caroline Coleman, 20, a Urbana High School class of 2019 graduate, played a shoplifter in the feature film “Wonder Woman 1984.” The film is currently playing at Warehouse Cinemas in Frederick. 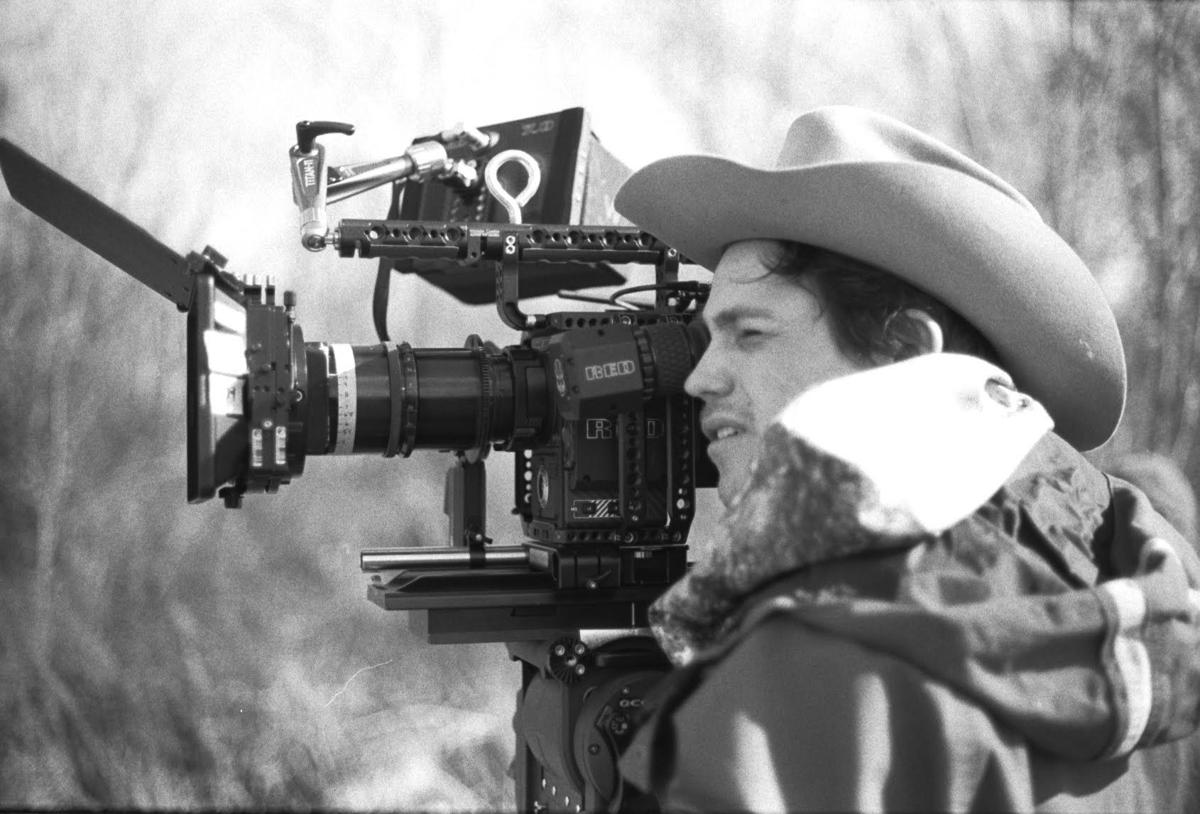 A shot of Urbana High grad Mitch Holson while filming another project. Holson had a small part in “Wonder Woman 1984.” 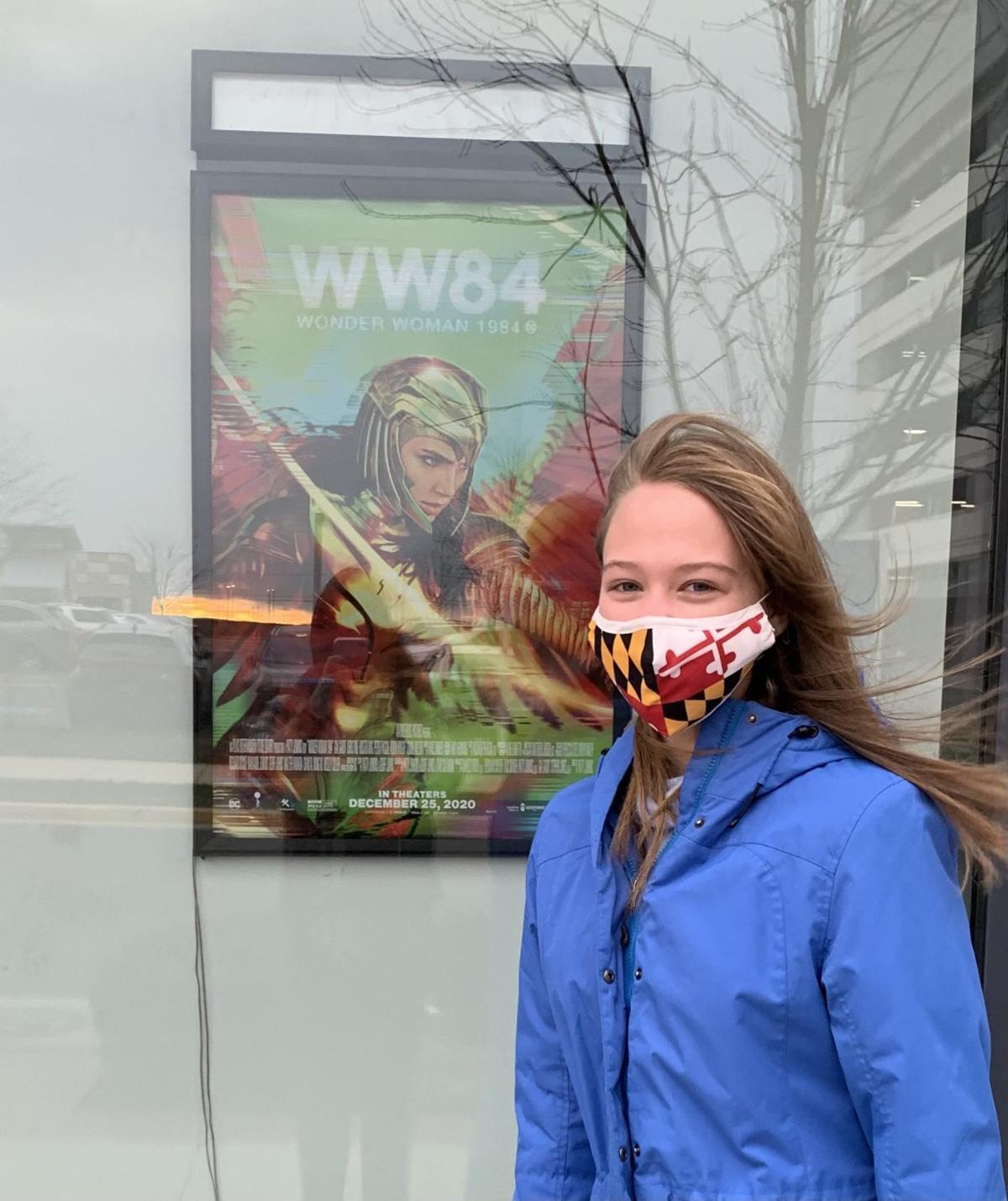 Urbana High grad Caroline Coleman poses in front of a movie poster for “Wonder Woman 1984,” in which she had a small part. 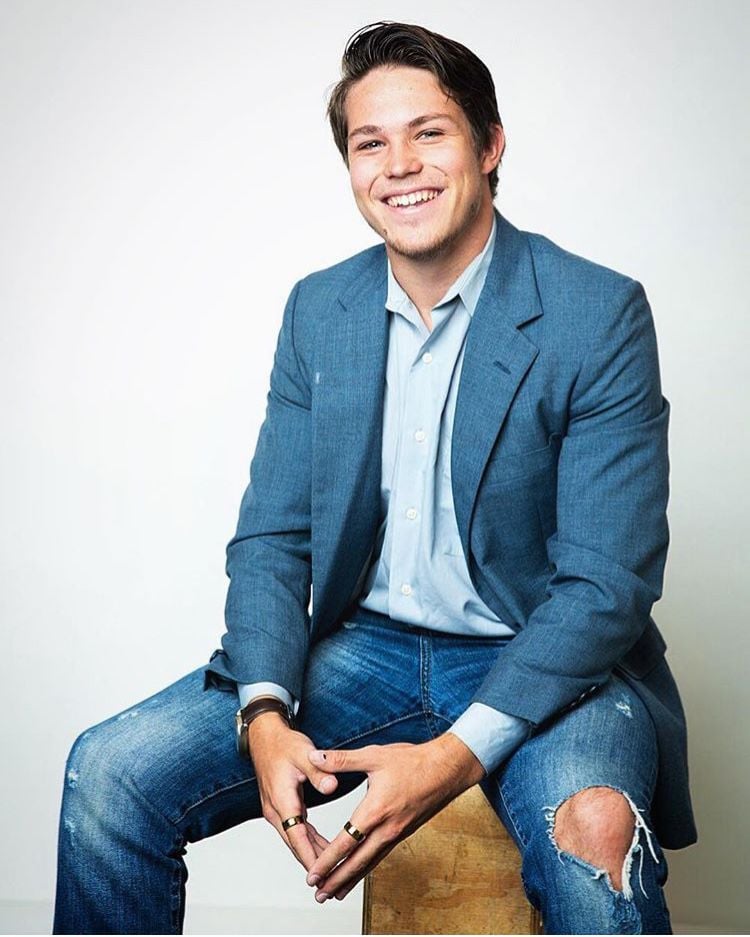 Urbana High grad Mitch Holson was one of three Frederick County natives who had small parts in "Wonder Woman 1984." 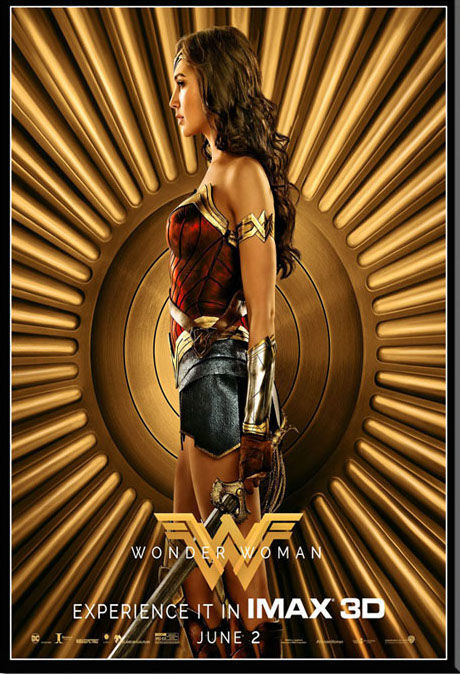 Urbana High grad Caroline Coleman played a shoplifter in "Wonder Woman 1984," which is playing at Warehouse Cinemas in Frederick and streaming on HBO Max.

A still of Middletown High grad Parker Damm while playing the role of a store manager in "Wonder Woman 1984."

Editor’s note: This story includes some spoilers for the movie, “Wonder Woman 1984.”

Cigarette dangling from his mouth, a preppy guy with a popped collar tosses his empty pack of cigarettes into a D.C. street.

In another part of the city, three teenage girls try on sunglasses in a store. A curly haired store manager dressed in funky patterns glances at them briefly. He’s more interested in the television.

As the man on the TV says, “Think about finally having everything you’ve always wished for,” one of the girls slips a pair of sunglasses into her denim jacket pocket. She looks toward the manager, then squeals, “Let’s go!” to her friends.

The manager yells, “Hey!” He chases them out the door, but stops on the sidewalk as they dash across the street in front of a car. Commander Salamander is emblazoned on the storefront.

Three Frederick County locals were featured in the film, and their on-screen appearances occur within seconds of each other, starting around the 11:32 mark.

“I’d never been on a set with so many people,” Coleman said. “I was so excited about it.”

Also an Urbana grad, 22-year-old Mitch Holson, class of 2016, portrayed the preppy smoker. He studied film at Hofstra University. Holson is eager to develop his career behind the camera next.

A 2013 graduate of Middletown High School, Parker Damm played the part of the Commander Salamander manager. The 25-year-old is an actor living in New York. The Wonder Woman film, released Dec. 25 in theaters and on HBO Max, is his first speaking role in a major motion picture.

“Three years ago, I never would have believed myself if I said I got cast in ‘Wonder Woman,’” Damm said.

At first, none of the three realized they were auditioning for a Wonder Woman film when they went to Baltimore for the casting call. It was advertised as “Magic Hour,” Holson said.

“I didn’t know at the time what I was auditioning for,” Coleman said.

Her resume includes a role in the 2018 independent film, “Fishbowl,” and performing with the Washington National Opera. Like Damm, “Wonder Woman” was also Coleman’s first time speaking in a major motion picture.

Coleman and Damm were on set for one day of filming inside a store on Wisconsin Avenue in Georgetown, D.C.

Damm filmed two extra scenes, which ultimately didn’t make the cut, but were fun nonetheless. His journey to being cast started after he signed on to work as an extra. Hoping for more, he auditioned for a speaking role. He got the call on his way to get fitted.

“I walk in beaming and say, ‘I’ve just been cast as a bigger role.’”

During filming in 2018, director Patty Jenkins rearranged the trinkets on Damm’s desk in the scene to make sure it looked perfect. She also took time to ask how he got into acting. Damm was surprised a famous director made that time for him.

“I had such a blast filming ‘Wonder Woman’,” he said.

Damm didn’t always plan to pursue a career in theater. In fact, until a few years ago, he thought of it more as a hobby for himself. He attended University of Maryland, Baltimore County to get a degree in environmental science — which he did — but part way through, he added a theater major. He says he fell in love with theater in high school, and honed his craft at Other Voices Theatre in Frederick.

Damm has worked in theater in a number of ways, from hanging lights to directing his first short film, “Unsustainable AF,” a workplace comedy he plans to pitch as a series. He’s also starred in commercials and even found work in hospitals, where he’s paid to act sick then give medical students feedback about their interpersonal skills. Damm has a job directing for demo reels in New York.

Holson, like Damm, expected to work in the background on “Wonder Woman.” After waiting in a line to be fitted, he found out he was supposed to be somewhere else — with the principal actors.

“When I showed up on set they took great care of us,” Holson said, recalling an omelette station set up nearby. He also saw lead actor Chris Pine, though they didn’t meet formally.

During filming, Holson and the woman playing his preppy girlfriend improvised lines. Though you can’t hear their conversation in the movie, Holson said they acted snobby and as if they just had bad service at a restaurant. The director told them to channel their “inner Paris Hilton,” he said.

“It was very cool to be a part of it,” Holson said, though he prefers the first Wonder Woman movie to the sequel.

Holson began acting at a young age, but is straying away from front-of-the-camera work. He bounces back and forth between Frederick County and New York, working as a freelance content director and cinematographer. His ultimate goal is to be a videojournalist.

Damm dreams of starring in a sitcom. Coleman hopes to work in film.

“There are so many ways to be an actor,” Damm said. “I don’t think I knew that when I was in high school.”