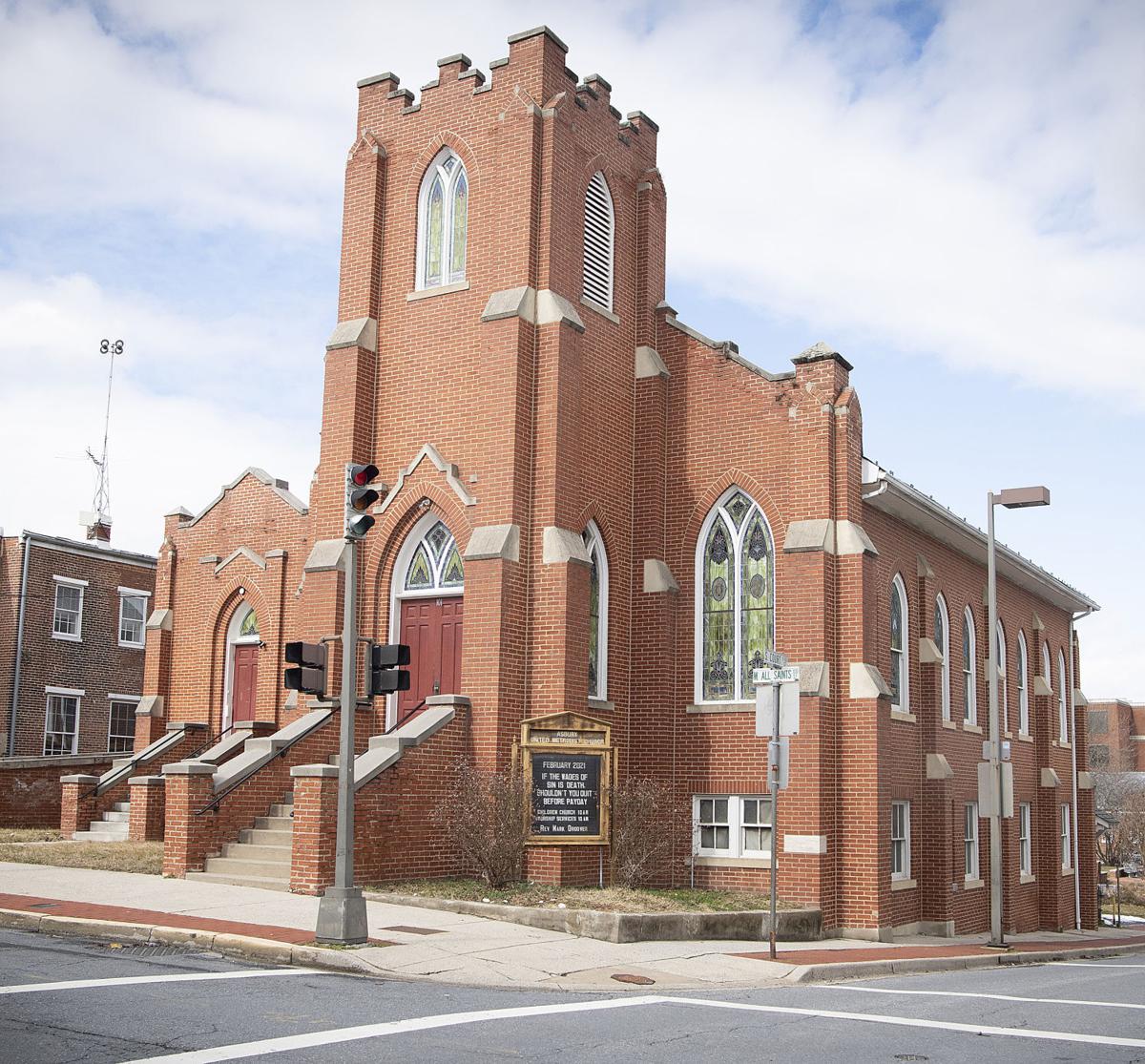 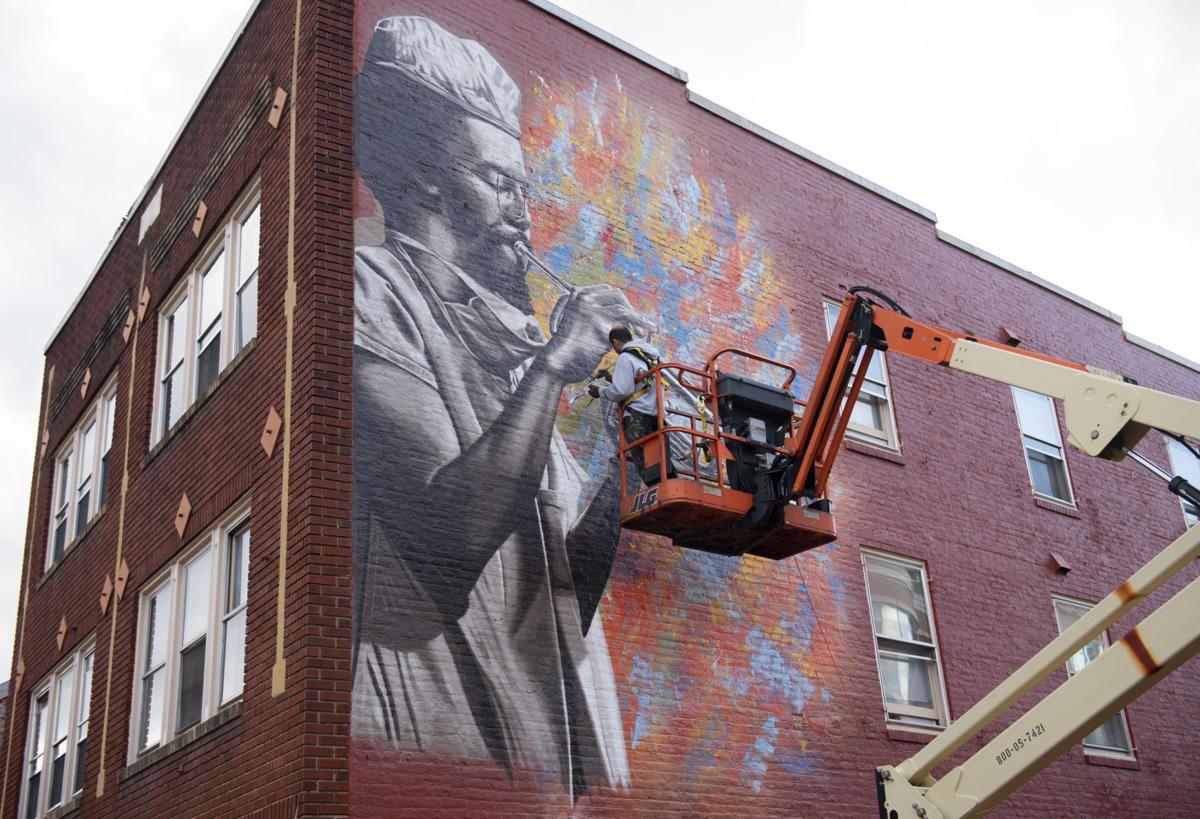 The Lester Bowie Mural on South Market Street will soon be added to the downtown Frederick walking tour that celebrates African American history and heritage. 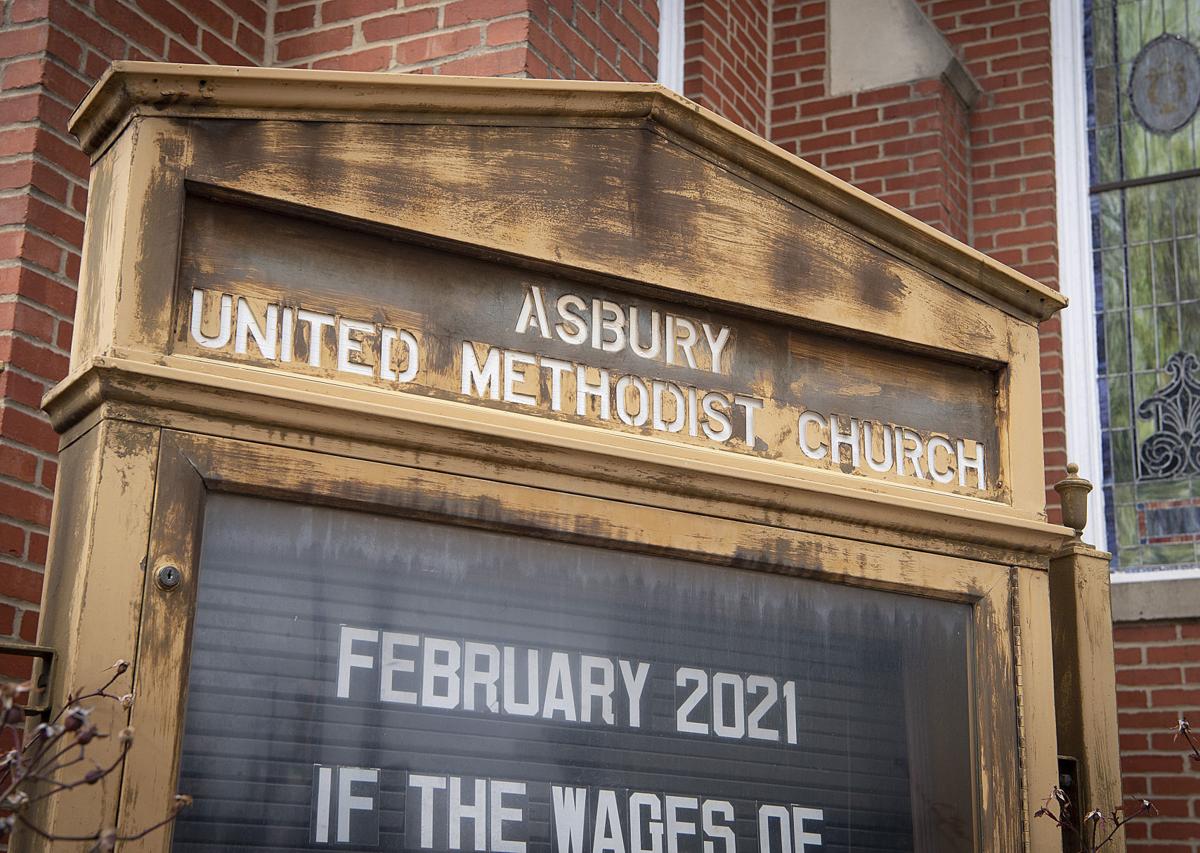 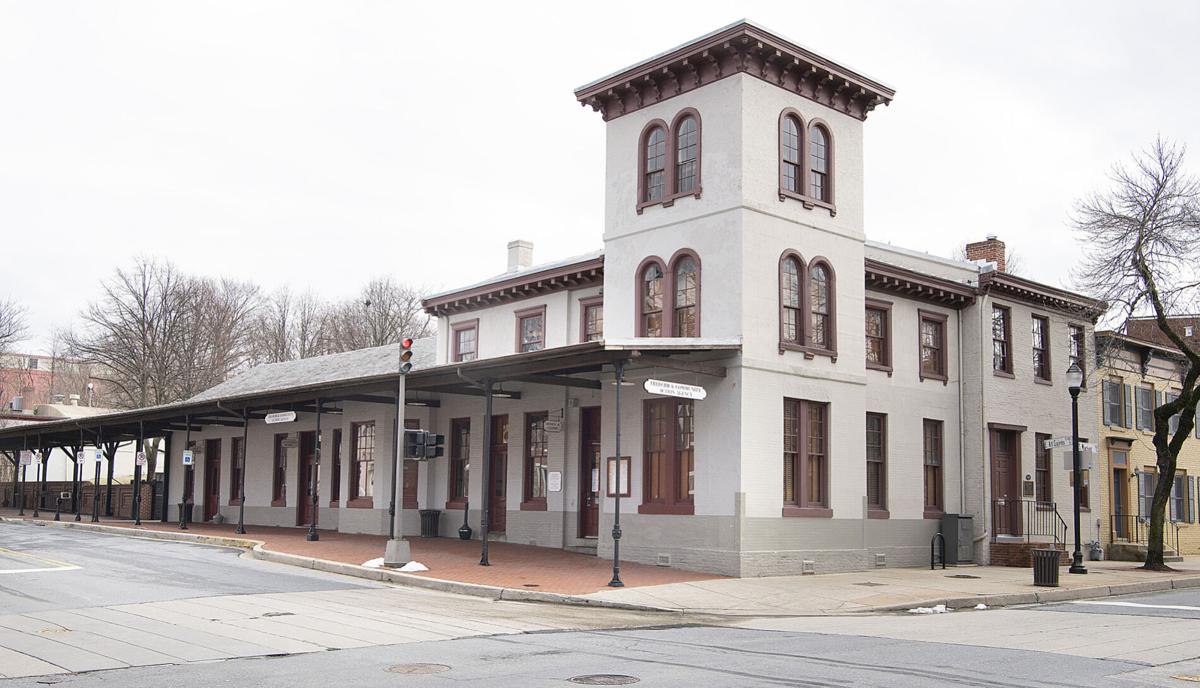 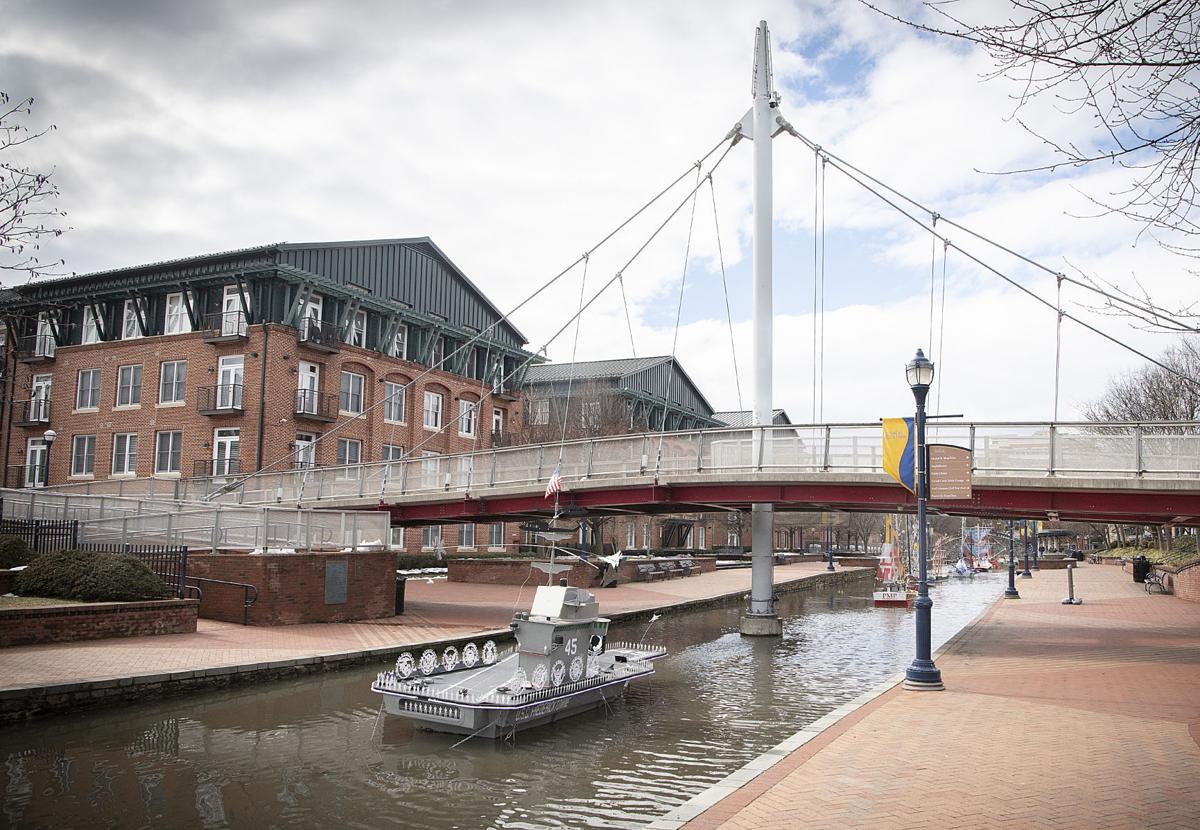 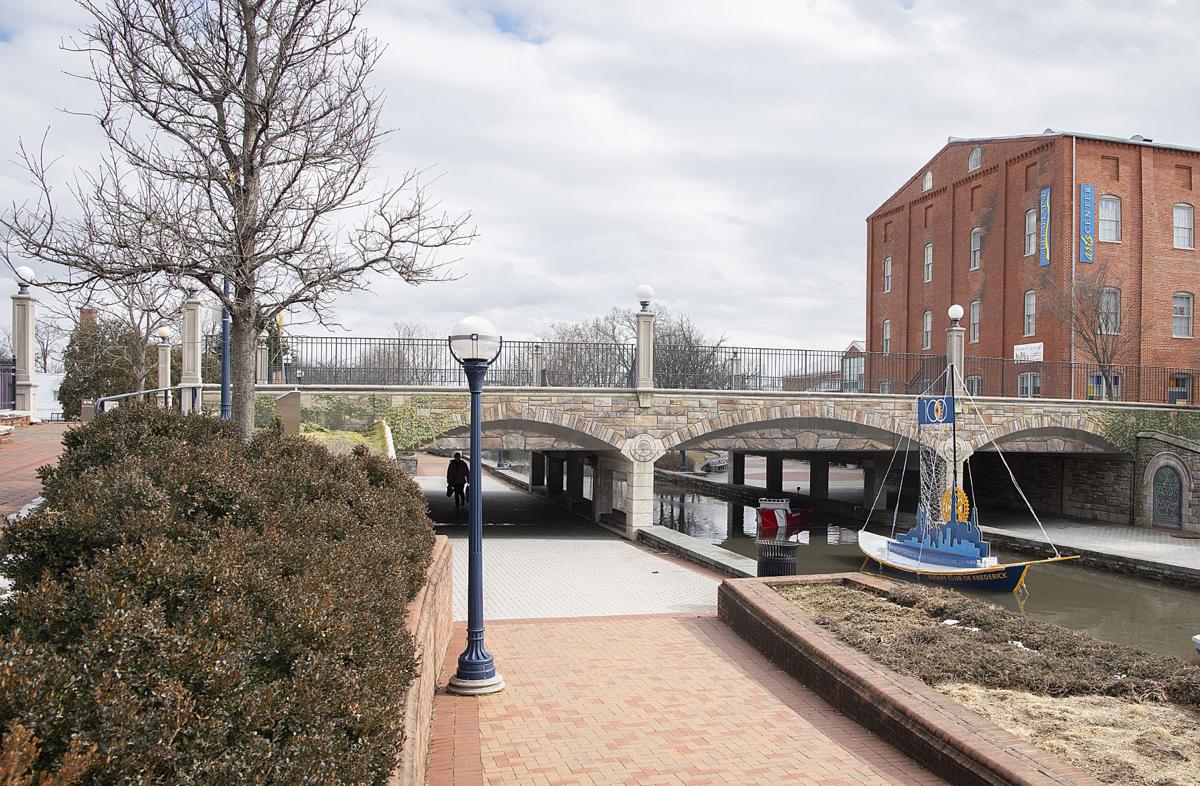 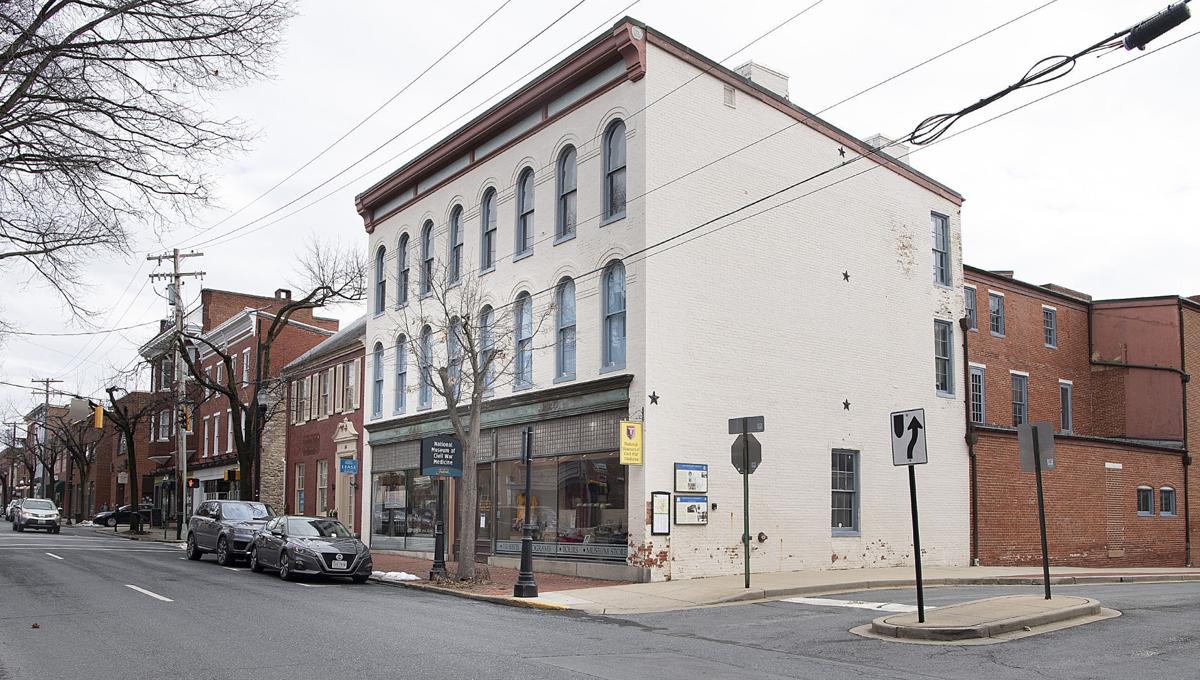 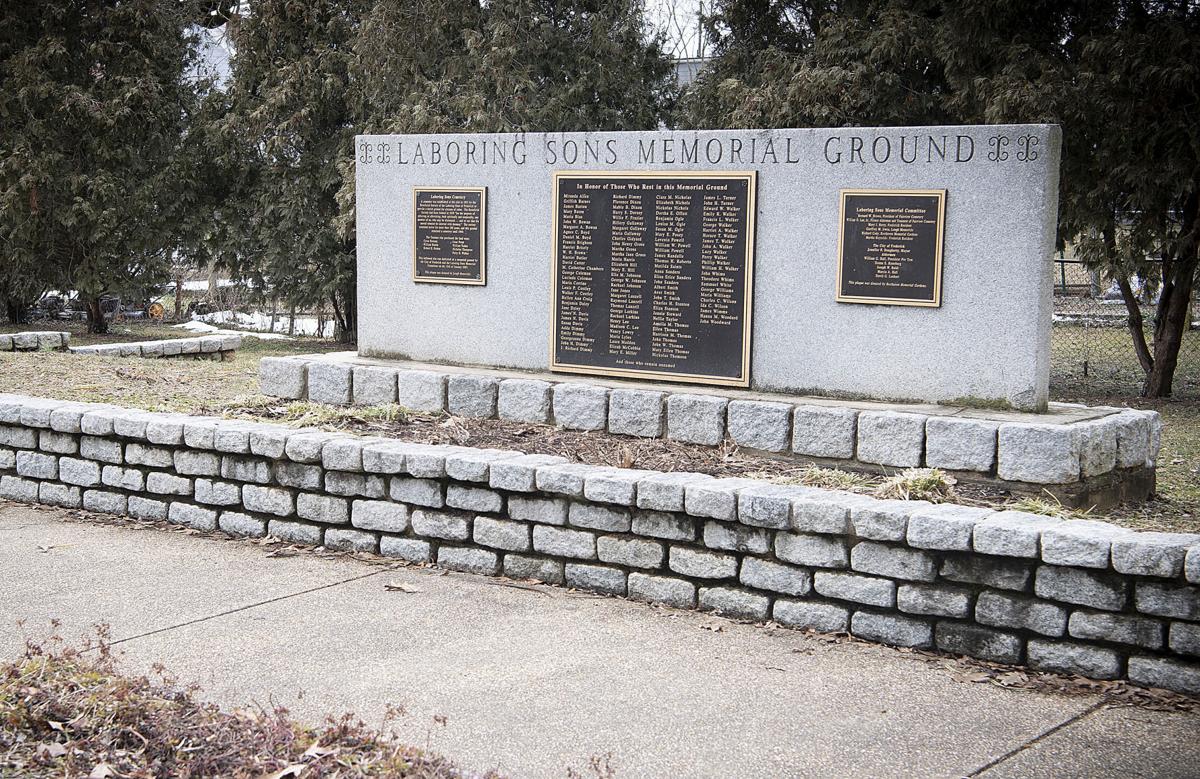 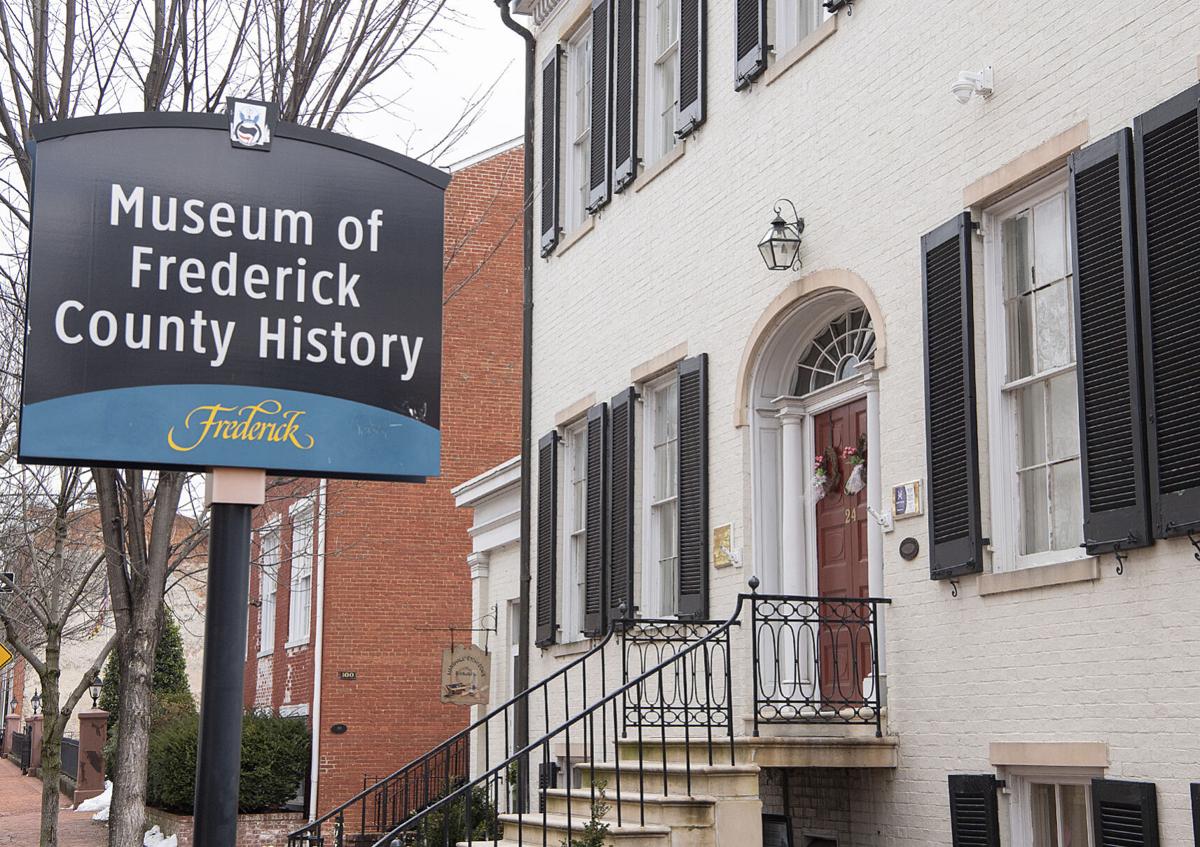 The Museum of Frederick County History at 24 E. Church St. 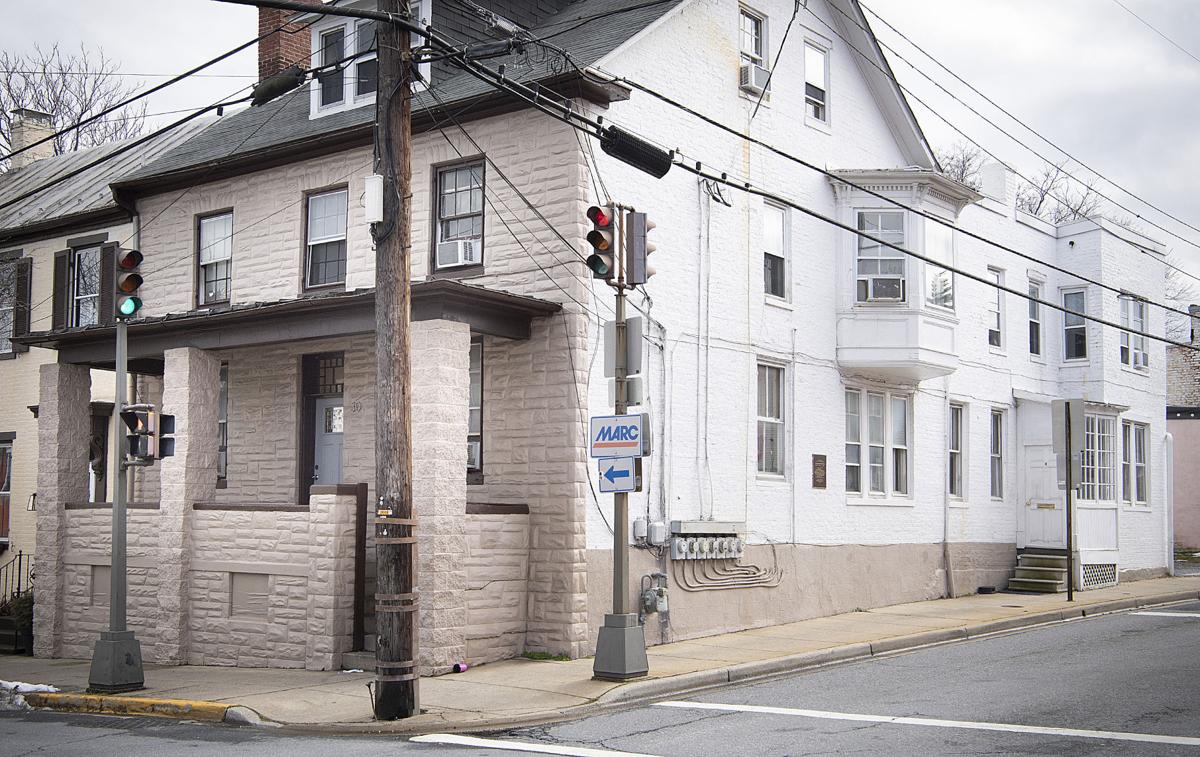 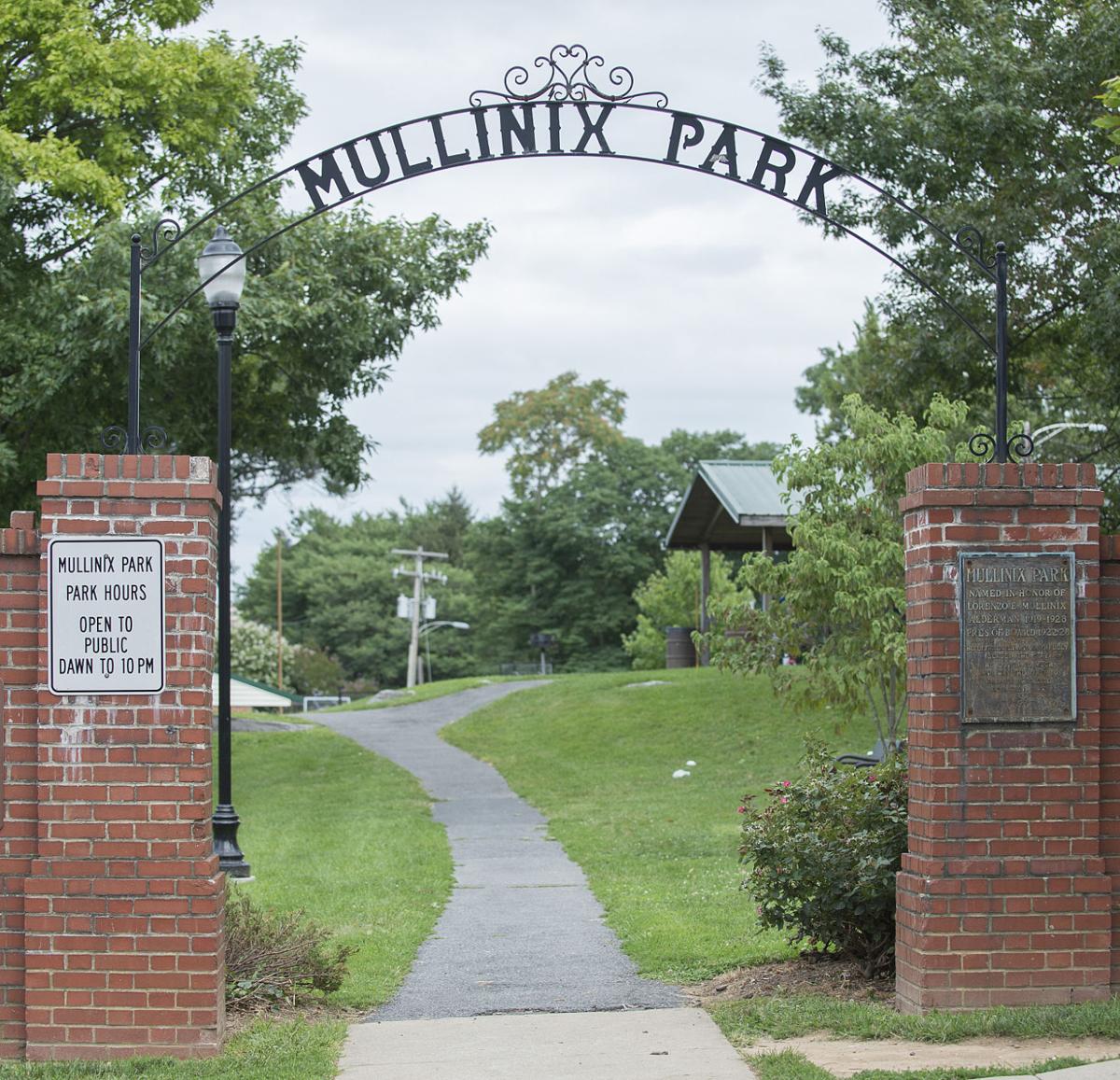 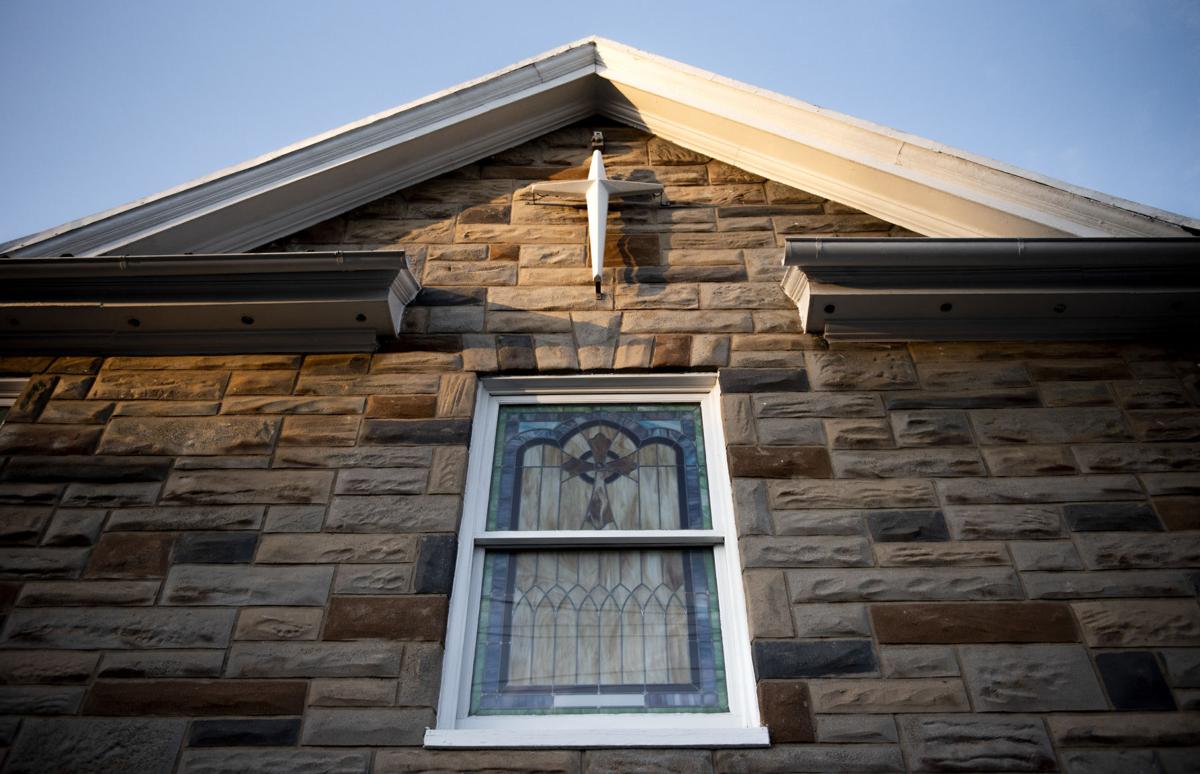 The former First Missionary Baptist Church and Parsonage on W. All Saints Street 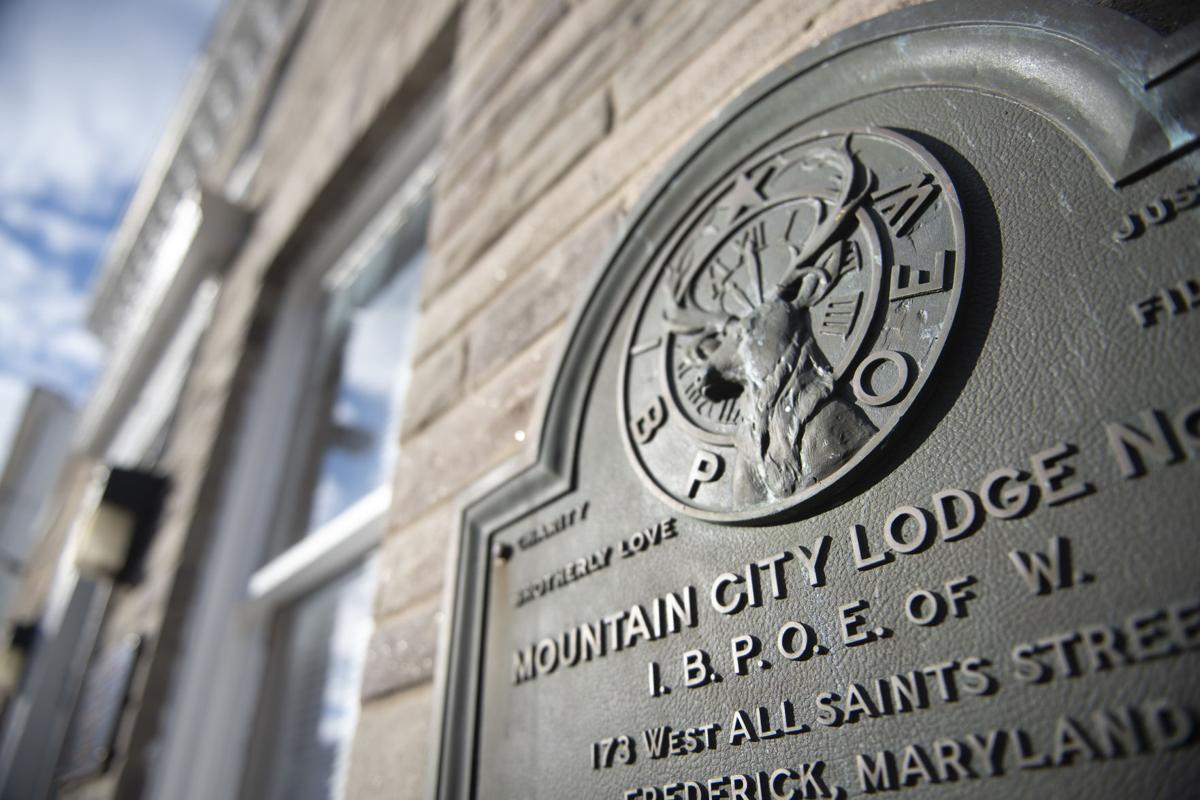 The Mountain City Elks Lodge at 173 W. All Saints St. 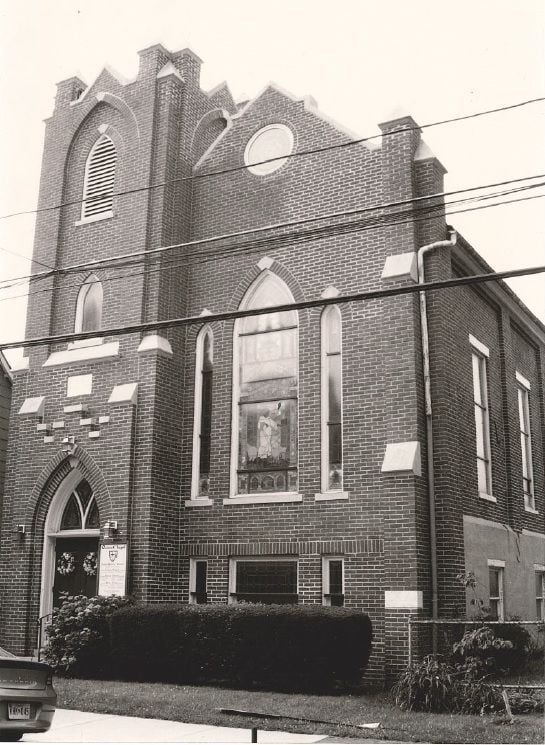 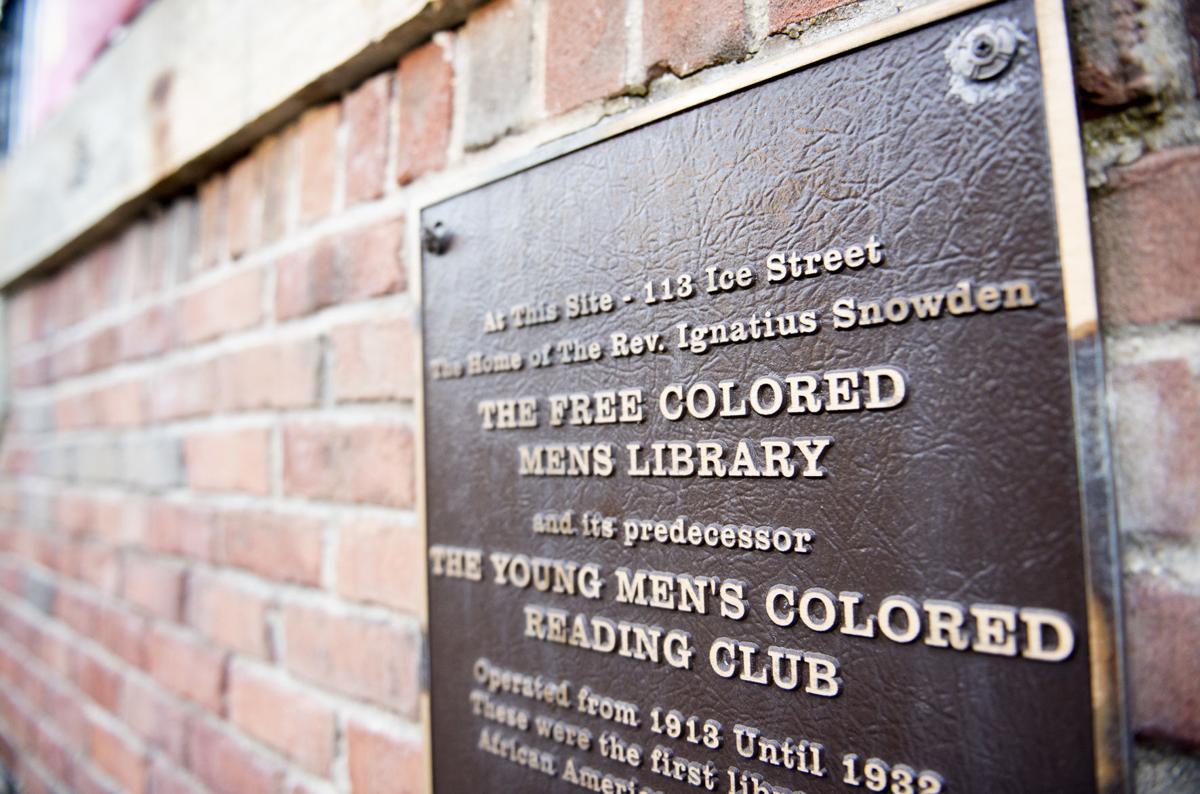 The Lester Bowie Mural on South Market Street will soon be added to the downtown Frederick walking tour that celebrates African American history and heritage.

In 1862, Pres. Abraham Lincoln stood at a Frederick train station and addressed an integrated group of soldiers and residents.

He thanked the crowd for their devotion to the Union cause, and today, the site is part of a Visit Frederick 14-stop downtown walking tour dedicated to Black history and culture.

That self-guided tour, and a driving tour showcasing sites around the county, were established roughly 20 years ago and are gaining renewed traction due to both Black History Month and the COVID-19 pandemic.

“All throughout COVID, after the earliest complete stay-at-home order, driving tours have remained very popular activities,” said John Fieseler, the executive director of Visit Frederick, in an email. “In addition to the content being in a brochure that we print, the tour information is also available online with an interactive map. It is split into two tours online, one a driving tour of the county and one a walking tour in Downtown Frederick.”

Information on the tours came from a report that the Frederick Historic Sites Consortium created 20 years ago. Today, Fieseler said the group is known as the nonprofit African American Resources – Cultural & Heritage organization, or AARCH, which its dedicated to preserving and sharing the history and heritage of African American culture in Frederick County.

The organization is working on a new space for the Heritage Center on East All Saints Street, that Fieseler said will eventually be a “don’t miss” site on the walking tour.

The following sites, and soon, the newly finished Lester Bowie Mural on South Market Street, make up the walking tour around downtown Frederick.

Anyone who has strolled along Carroll Creek in downtown Frederick has undoubtedly seen the Community Bridge. A product of community input gathered through an interactive website in the late 90s, artist William Cochran created the aesthetic mural with 3D illusions, some of which are derived from African American sources. According to a New-Post article from when Cochran created the mural, the project received accolades from sources around the country due to its uniqueness and beauty.

A “real icon in our community” and “a remarkable individual” are just a couple of the phrases used to describe William O. “Bill” Lee in his 2004 obituary. The two-term city alderman, principal, coach, historian and mentor brought awareness to Frederick’s Black communities throughout his 72 years of life and in 2015 city leaders dedicated a suspension bridge along Carroll Creek to his memory and contributions. According to the Visit Frederick website, the bridge is a symbolic representation of the city’s segregated past.

The corner of East All Saints and South Market streets

In October 1862, a crowd of integrated residents and soldiers gathered at the B&O Train Station in downtown Frederick to listen to Pres. Abraham Lincoln thank them for their devotion to the Union cause, according to a Preservation Matters column published in the News-Post. Lincoln was traveling back to D.C. from inspecting the battlefields at Antietam and South Mountain and his appearance at the train station was a historic moment tying the area to the end of slavery. Today, the train station houses the Frederick Community Action Agency.

Corner of West All Saints and Ice streets

Just up All Saints Street from the spot where Lincoln made his historic train station appearance, Ulysses Grant Bourne made history as the first Black doctor to practice in Frederick. According to the Visit Frederick website, Bourne arrived in the city in 1903 and practiced medicine from his home at the corner of West All Saints and Ice streets.

The home of the Rev. Ignatius Snowden had a significant place in early efforts to give Black residents library access. A marker on the Ice Street building pays homage to both the Free Colored Mens Library and its predecessor, the Young Mens Colored Reading Club. According to the Visit Frederick website, Clifford Holland and a group of other men started the library in 1913 in response to the segregation of the city’s library and loaned books until 1932.

According to the congregation’s website, the Asbury United Methodist Church in Frederick is “rich in history.” In 1818, William Hammond, a free black man, bought a lot on East All Saints Street to build the “Old Hill Church” constructed by a white congregation who permitted free blacks to worship there. In 1864, blacks came into full possession of the church and by 1870 it was incorporated and renamed Asbury Methodist Episcopal Church. In 1912, when the lot on the corner of Brewer’s Alley (presently South Court Street) and West All Saints Street became available, then pastor, Rev. L.J. Valentine convinced the congregation to purchase that property for the new church, and by 1921, the existing church structure was finished.

Beginning as a white church in 1773, the First Missionary Baptist Church eventually included services for African Americans, and in 1863, it was given to the Black community. For years, according to the church’s website, the congregation thrived, adding members and going through renovations and name changes as Blacks were given more and more freedom. In 2001, members traveled in a procession to a larger building on Jefferson Pike, where the church exists today.

Established in 1919, Frederick’s first Black doctor, Dr. Ulysses Grant Bourne, and Dr. Charles S. Brooks, established what is today the Mountain City Elks Lodge as a 15-bed hospital for Blacks. According to the Visit Frederick website, it remained a hospital until 1928, admitting patients denied care because of their race at the Frederick City Hospital until the opening of the Baker wing in 1928.

The Pythian Castle was the place to be in the late 1800s and early 1900s for residents of the Black community. Known originally as Nazarite Hall, it was the site of banquets, dances, movies and live music, according to the Visit Frederick website. It also served in 1937 as the home for the first Black kindergarten class, eventually named for community leader Ester Grinage.

In 1928, Frederick’s Black residents got their own recreational park thanks to local businessman and former city alderman Lorenzo Mullinix. According to the Visit Frederick website, the local Baker family (the namesake of Baker Park) donated the land with the stipulation that one day a pool would be built and named Diggs Pool.

From an homage to the rise of Black doctors and nurses to artifacts and documents related to local African American experiences, the National Museum of Civil War Medicine is filled with Civil War era history. The museum was open daily before COVID hit and now by appointment only.

An arm of the nonprofit Heritage Frederick, the Museum of Frederick County History includes a display dedicated to African American history based on the research of Bill Lee. It also features an 1830 gravestone that Boss Hammond carved. Hammond was a slave who earned money as a stone carver to free himself, according to the Visit Frederick website.

The Quinn Chapel AME Church was established in the late 1700s as Bethel. In 1819, church leaders acquired a brick building at the current site on East Third Street and in 1835 changed the name. According to the Visit Frederick website, it is the site of Frederick’s first Sabbath school for Black children.

A historic cemetery that received little attention or care until 1950, the Laboring Sons Memorial Ground is where six Civil War veterans who served in colored regiments are buried. When the city acquired the land in 1950 it was turned into a park. Years later, according to the Visit Frederick website, it was turned into a memorial.

This story has been updated to correct the address of the Pythian Castle. The building where the Black members of the Knights of Pythian met was on West All Saints Street.

The following links contain information about the walking and driving tours to Frederick local sites with ties to Black history and culture:

To contact AARCH and learn more about the nonprofit’s efforts to share African American history in Frederick email: aarchsociety@gmail.com.

Local students of integration recall their experiences through a contemporary lens

Thanks for the article. When our print version arrives I'll clip and save. Many familiar places, but the history behind them is very interesting. [thumbup]

Thanks for this informative article. I walk by some of these place nearly every day, and now I will do it with more knowledgeable eyes.