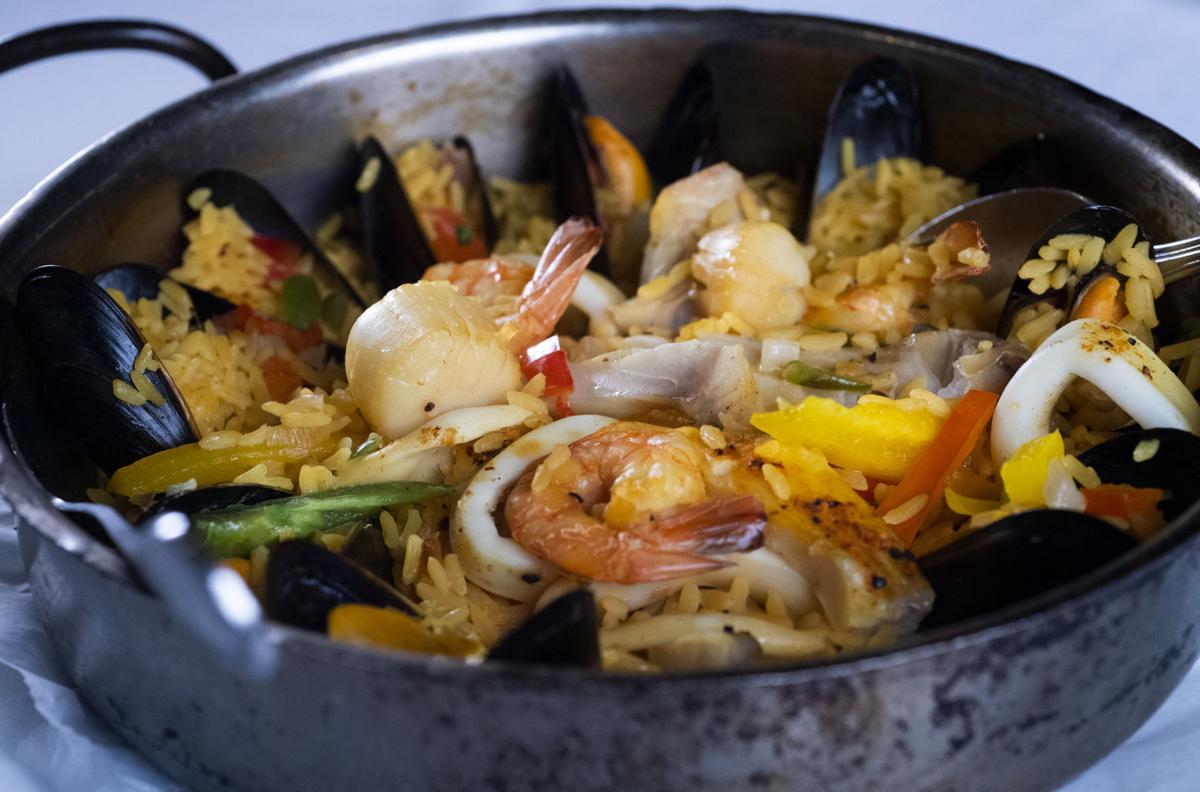 The Paella de Marisco at Cacique on North Market Street in Frederick. 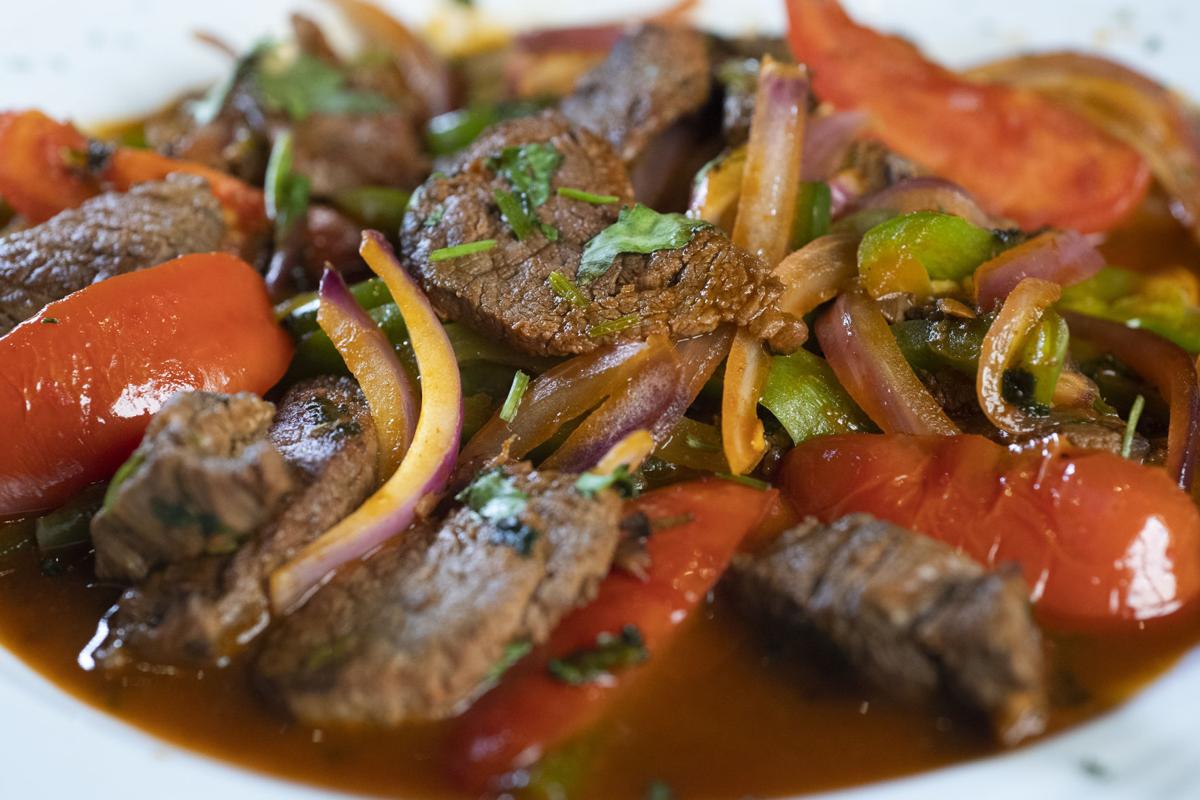 The Lomo Saltado at Cacique on North Market Street in Frederick. 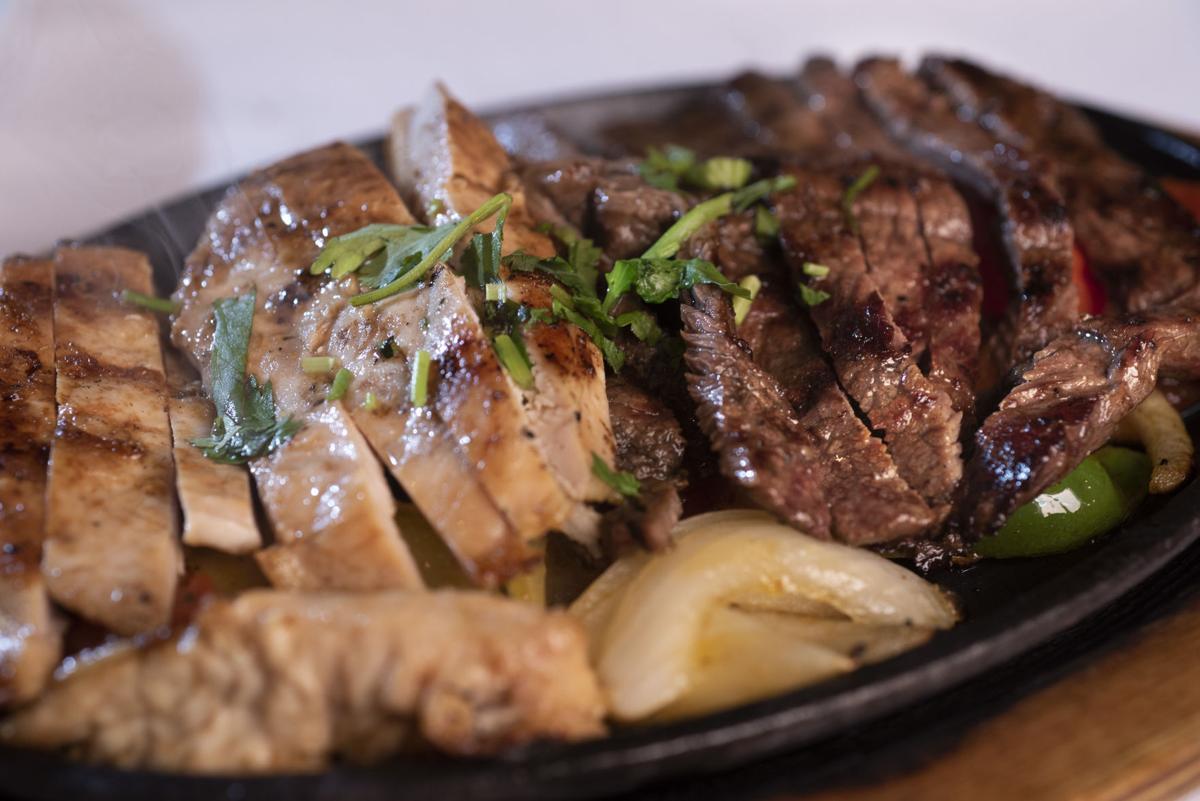 The beef and chicken fajitas at Cacique on North Market Street in Frederick.

The Paella de Marisco at Cacique on North Market Street in Frederick.

The Lomo Saltado at Cacique on North Market Street in Frederick.

The beef and chicken fajitas at Cacique on North Market Street in Frederick.

It’s funny how the recent pandemic has shone a light on how much we, as a society, love to dine out. How much we love to sit at a table and be served delicious food and pretty drinks by others.

We love it and yearned for it so much when we didn’t have it that people flocked to restaurants as soon as they opened as if they couldn’t wait another minute without a perfectly-seared steak or tannic glass of wine.

This need to get away from one’s own kitchen was in full show on a recent Friday night in downtown Frederick. I had parked nearby and was making my way to Cacique Restaurant to sample some of their food for this very review.

Cacique was bustling that night and we were able to snatch a table right out on North Market Street since it was closed to traffic.

This set-up, which cities across the country have been using, is indeed magical. It makes you feel like you’re on vacation, and that time is a construct.

In fact, my guest and I spent so much time leisurely chatting and making our way through the menu that eventually we were the only table left on the street and our waiter graciously whisked us inside with our remaining food before the traffic started speeding down the street again.

The food of Cacique is a mix of Mexican, Latin American and Spanish dishes. Everything from tacos to paella is on the menu.

For my first night at the restaurant, I decided to try the Fajita Trio Deluxe — sizzling beef, chicken, and shrimp with all the traditional fajitas fixings.

The beef was tender, the shrimp were plump, but the chicken was a little dry. I also felt like everything on the hot plate was a little bland — it could have used a little salt, maybe some chili powder or cumin.

My guest ordered Cacique’s Lomo Saltado, which is a traditional Peruvian dish. Strips of tender steak came doused in a rich, red, tomato-based sauce with a side of white rice and black beans.

The dish was hearty and delicious. It reminded me of a stew but one that can easily be eaten in warmer temperatures. The sauce had strong notes of garlic and the sautéed red onions gave it a beautiful touch of sweetness.

We had also ordered the “Cacique Dip Delight” as an appetizer, which is supposed to be a blend of queso-like cheese, guacamole, and pico de gallo. I was disappointed by what arrived.

It seemed like Velveeta cheese had been melted down and put in a bowl with the tiniest sprinkling of pico de gallo. Was there guacamole in there? It was hard to tell because every bite was so overpowered by the cheese. I love a good queso, but was expecting something different when I ordered what seems to be their signature dip.

On my second night at Cacique, I decided to dive into their Spanish side of the menu and ordered one of my absolute favorite dishes — paella.

Paella to me is a treat to have. It’s hard to find in U.S. restaurants and is usually quite expensive. In college, a friend and I used to save up money once a year and visit a very chic restaurant in downtown Philadelphia that served some of the best paellas we had ever tasted. It was always a splurge that we thoroughly enjoyed.

When I spent four days in Barcelona, I ate paella every single day because I knew it would never be able to find it so abundantly back home.

Paella Valencia is essentially a traditional paella with shrimp, chicken, sausage and other seafood in saffron rice. I suspect the restaurant named their dish Paella Valencia because paella originated in the Spanish city of Valencia.

Paella de Marisco is well known throughout Spain as a specific seafood variation of traditional paella, and it is most often eaten during the summer months along the coast incorporating whatever fresh seafood was caught that day.

I decided to try the Paella de Marisco and I was not at all disappointed. The rice was incredibly flavorful — it was salty, briny, herby and aromatic. The seafood was very fresh and had lots of clams, mussels, shrimp, scallops and fish.

It doesn’t state so on the menu but it can definitely be shared by two people. I was only able to eat half and took the rest home for a just-as-tasty lunch the next day.

I was a little disappointed in how the paella was served. Paella is normally brought to the table for diners to first observe and then carefully plated by the server. It’s a moment of excitement, watching the paella be transferred. It’s moments like these that I think makes the experience of dining out so special.

Our waiter seemed to schlep the paella hurriedly from pan to plate and I was concerned at how much rice was leftover in the pan she whisked away, but perhaps this was a one-off occurrence.

If you ever make it for brunch to Cacique I highly recommend ordering their Huevos Rancheros. Perfectly fried eggs atop two corn tortillas with a lovely, burst-in-your mouth flavor, Ranchero sauce. The dish comes with a side of pico, guac and sour cream – although I used it minimally – and a side of rice and refried beans.

The refried beans were truly some of the best I’ve ever had. I often find refried beans to be incredibly bland with maybe just a sprinkling of cotija cheese on top but Cacique’s held all the spices. I could have eaten a whole plate of those beans as is and they were a perfect consistency — blended down but still holding a little bite.

The last recommendation I will leave you with is Cacique’s Platanos Maduros. Fried plantains are such an underrated thing. I will never understand why more people don’t like them – maybe it’s the texture, the mushiness.

Admittedly, some plantains can be very mushy, and even deep-frying them doesn’t take that away. But mushiness is nowhere to be found at Cacique. They seem to use perfectly ripe plantains — soft but still firm and sweet.

Cacique’s plantains also don’t seem to be deep-fried. There is no breading and although there is still that beautiful oiliness that comes out with each bite, it’s almost as though they were grilled.

The plantains are so incredibly fresh I actually felt healthy eating them. They are served with a side of sour cream — something I’ve never seen before — and it actually does work. The tanginess of the sour cream is a nice complement to the sweetness of the plantain but I found that eating the plantains by themselves was the most delicious option.

I also want to give a quick shout-out to Cacique’s sangria. I don’t normally order sangria because I find that many restaurants make it overly sweet. Cacique, however, does it perfectly. The taste of strong red wine is still very apparent in the drink but it’s refreshing and tropical from the bits of fruit that float throughout.

Cacique’s operation is impressive overall. They serve delicious, cared-over food in a family-friendly environment and it’s definitely a spot I will add to my list of personal dining preferences. Sure, there are some kinks to be worked out but as far as finding a good variety of Mexican, Latin American and true Spanish food in Frederick, Cacique is at the top.

I'm all for supporting our downtown restaurants, but, having a rather critical review, this seems like it should have received 3 stars rather than 4.

I'm glad that the reviewer received food as pictured. That was not our experience. Folks, don't waste your money. I just reviewed this place on Yelp on 7/11/20. Very disappointing experience. Read my review if you're interested as I go into detail on that site.

We've been dining at Cacique for many years, and we're never dissapointed. We've always gotten good food and good service. My favorite dish is Lomo Saltado.