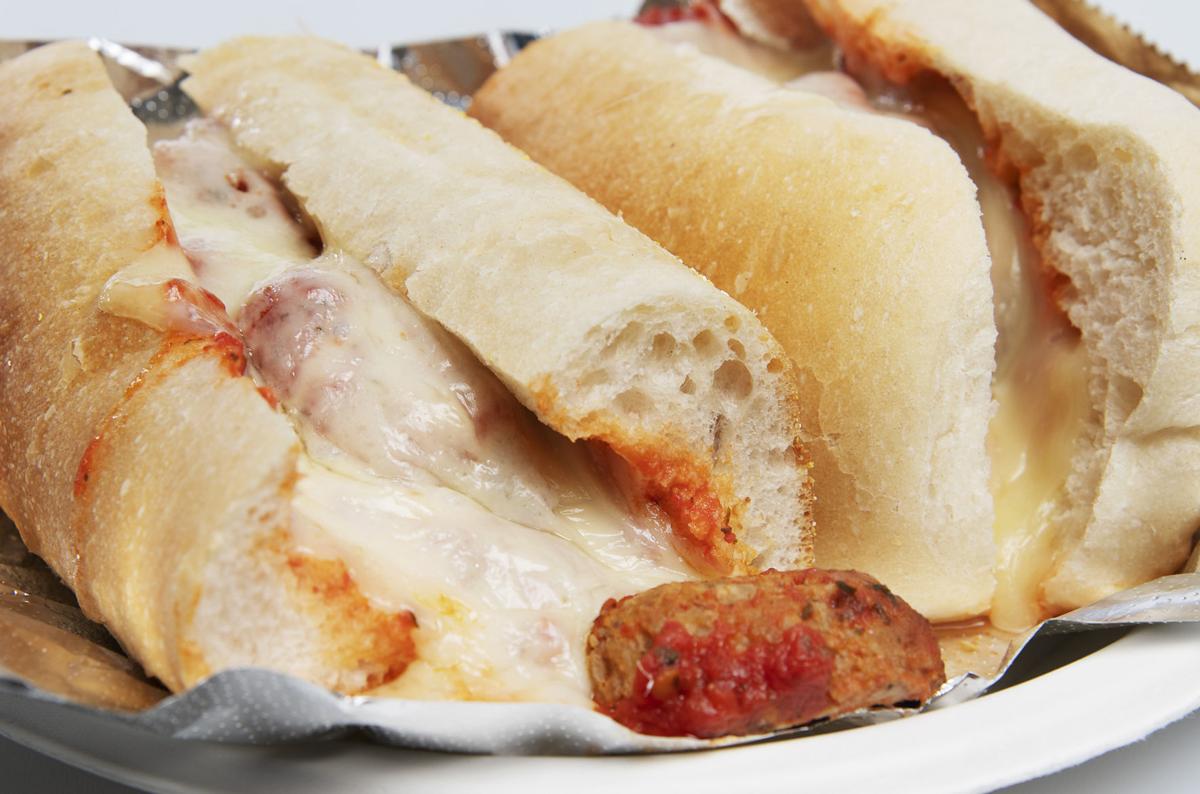 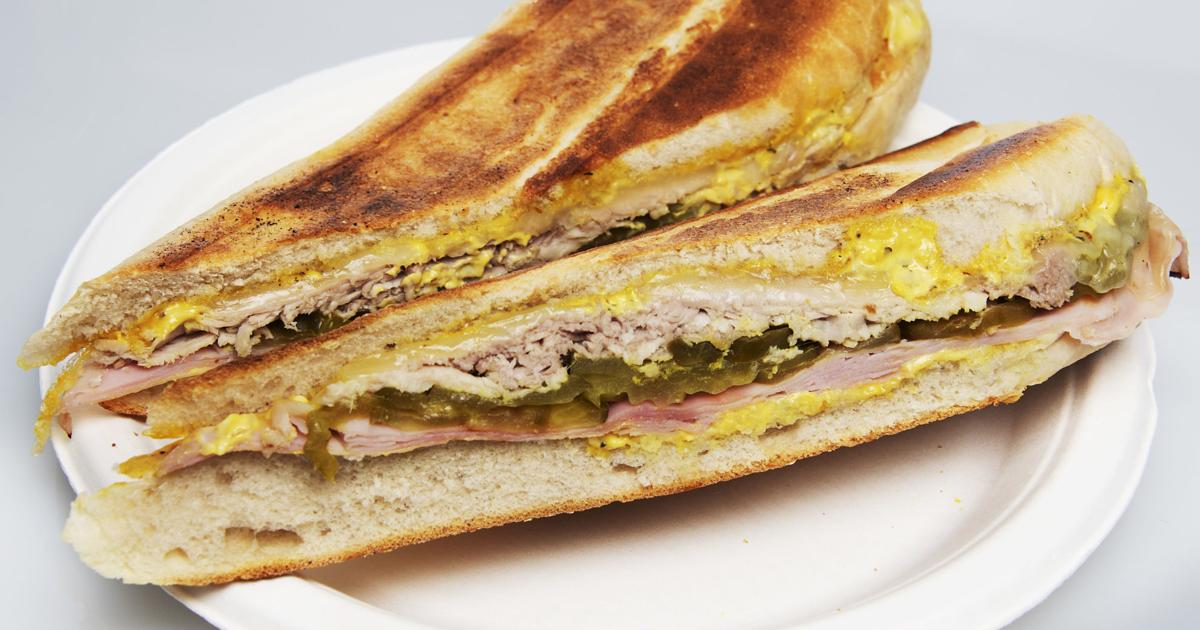 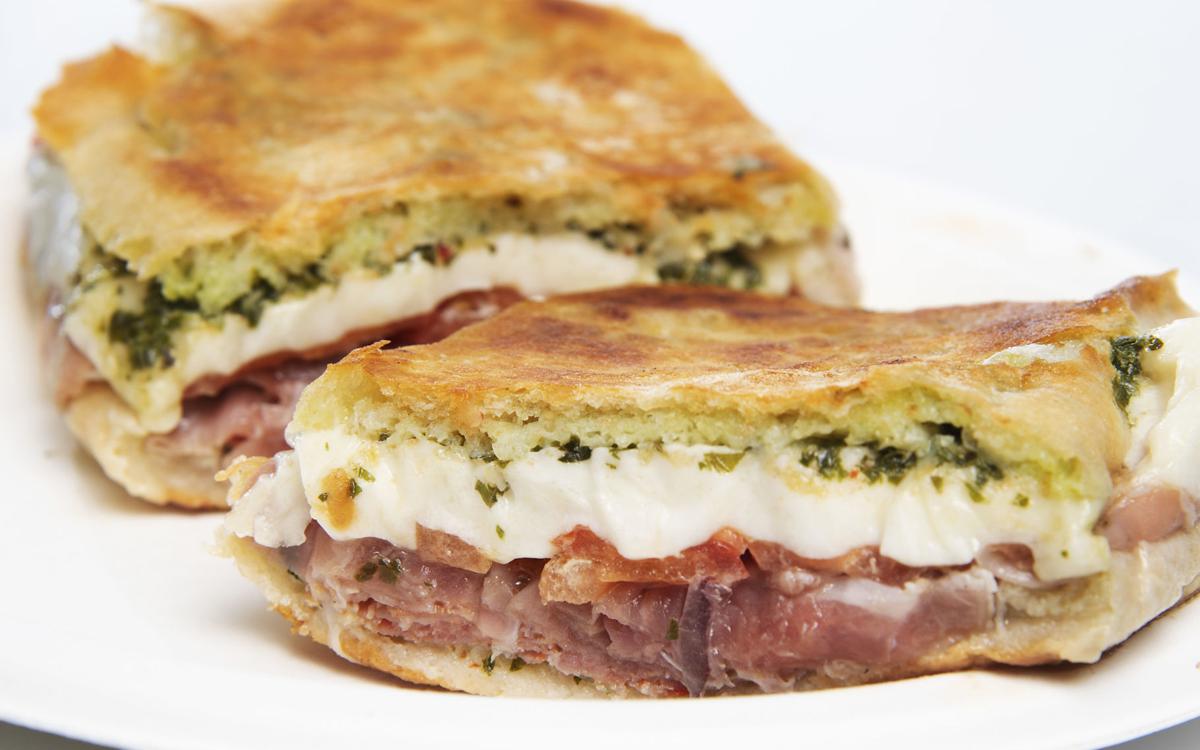 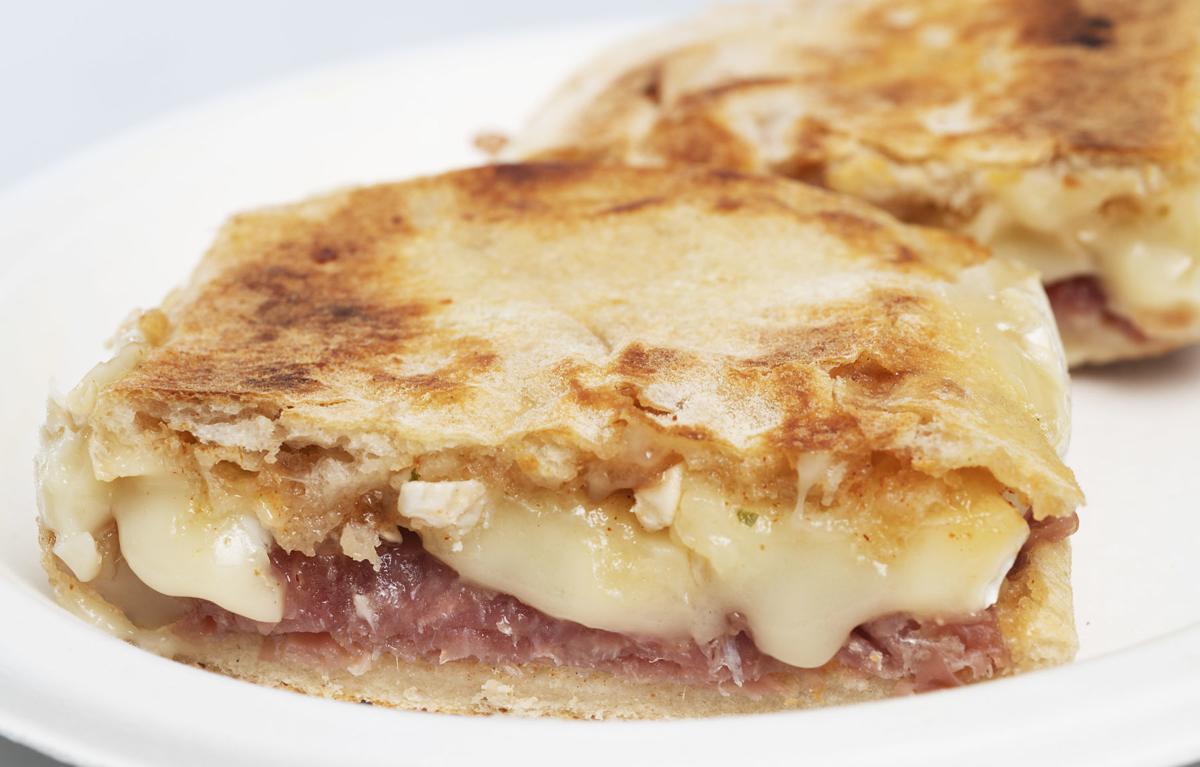 An Italian flag hanging outside the door of Juliet’s Italian Market & Cafe downtown signals that you’ve arrived at the right spot.

Walk inside and you immediately have a feeling of coziness and ease. The tiny deli and cafe gives off the sense that it was picked up and transported into Frederick straight from some small Italian town.

Its shelves are overflowing with products straight from Italy, including jarred pesto and Baci chocolate, and a little bit of maneuvering is needed to walk around the small space. But it’s not overwhelming, it’s homey.

A large menu propped high right next to the register boasts a variety of subs, paninis and hot sandwiches. Walk a little further into the shop and you’ll find a glass display with beautiful bright colors of gelato.

During my week trying a variety of sandwiches from Juliet’s, I found that they do the classic Italian panini astoundingly well. The meat and cheese are fresh and piled onto the bread, the pesto is spread on in just the right amount, and there’s always just a touch of olive oil that you can taste that keeps you coming back for another bite.

Juliet’s does all this well, but there is one ingredient that puts their sandwiches on par with those straight from Italy: the bread.

One of my biggest pet peeves when eating any sort of sandwich, whether it’s a sub or a panini or even an open-faced creation is if the bread is toasted too much that it crumbles and is hard to bite.

I know with some bread you can’t avoid a little crumble, but my ideal situation is to hold a sandwich, bite into it and not have flakes fall all over my pants, and not have to rip the bread off with my teeth.

Biting into any of Juliet’s sandwiches was like biting into the most tender-cooked piece of meat. The focaccia used for the paninis is perfect. Crunchy on the outside, soft on the inside and no crumbles or weird bread-dust.

With their meatball sub, which is only served on Fridays, the hoagie roll that two juicy, plump meatballs are placed on is again perfectly done. Toasted just the right amount on the outside where it offered that needed crunch, but soft enough where you could get a bite of bread and meatball at the same time.

And speaking of their meatball sub, the next Friday that you’re free, call ahead and get it. Two halves — which means four meatballs in total — topped with Juliet’s own tomato sauce, and coated with provolone, I imagine even Joey from Friends would approve. It’s also enough to feed two people and leave them both full.

If you like a little sweet in your sandwiches I recommend the French panini. That amazing focaccia I mentioned earlier holds together thinly sliced prosciutto, melted brie, and mango chutney.

I normally don’t like sandwiches that tend to be sweet – anything with a cranberry spread or sweet chili sauce or even balsamic is usually not my deal. Juliet’s French panini, however, turned out to be very much my deal and I quickly found myself finishing the entire thing.

My favorite thing they offer, though, as you can expect, are their classic Italian paninis like the Caprese, Italian or Sicilian.

Every bite reminded me of the many days I spent walking into similar small delis in Florence and attempting to order from the butcher, in broken Italian, some form of panini with prosciutto, mozzarella, arugula, and roasted tomatoes or pesto.

If you’re not feeling Italian flavors, though, don’t worry there is still an option for you. Juliet’s offers a delectable Cuban sandwich with thinly sliced ham, roast pork, Swiss cheese, and lots of pickles. It’s even cut into that traditional angled shape.

The part of the Cuban I like best is that it’s not spread with plain mustard, which I often find can be overwhelming. Juliet’s instead employs a mustard aioli, which is a little lighter, not as strong, but still gives the sandwich that needed bite.

And if you’re not feeling sandwiches at all stop in for some gelato! I tried the chocolate because I’m a creature of habit and nothing makes me happier than a simple scoop of chocolate ice cream.

One, the single scoop I received was enough to be two scoops at other places, and two, the gelato was so rich it was as if they took brownie batter and turned it into gelato. And if you’re not a chocolate person, the other flavors Juliet’s offers like pistachio and salted caramel, looked just as creamy and decadent.

If you don’t have time to wait around for a sandwich or are looking for something to eat for dinner, I suggest taking a peek into Juliet’s freezer, which offers large containers of pre-made eggplant parmesan, quiche Lorraine and tiramisu.

The tiramisu followed the trend of everything else from Juliet’s in that it was very good. Layers of fluffy-whipped mascarpone, soaked ladyfingers with a hint of alcohol, and a generous dusting of cocoa powder. My only piece of advice is that you let the dessert sit and thaw for a while before plunging your spoon into it.

My week trying sandwiches and other treats from Juliet’s proved to be one of the best review weeks I’ve had so far, with every bite being better than the last. It also offered a surprising realization – some of the best sandwiches outside of Italy exist not in New York or any other major city, but funnily enough, in Frederick.

So, look for that Italian flag and stop in for what I guarantee will be an exceptional meal.

Good for...?: A really yummy lunch

What’s the address for this place??

Wow, that food looks fabulous. Too bad that it is not in a location outside of downtown. -Someplace with a satisfactory surface parking lot. I'd have my sister (who does things for me) go there every week and load up on products and prepared food from there. (Come to think of it, though, a further location would be a deterrent to the customers who walk in).

The parking garage is right next to the place. If you get out in 15 minutes there is no charge for the garage.

I used to not like reubens, I thought they didn't taste good. Then I had Juliet's after a co-worker had it daily for weeks and the smell was just so excellent. Ever since I drop by regularly for one, and I've had a lot of reubens since that might have done one element or another better, but hers as a total composition has always been the total champion. Her food is excellent, you owe it to yourself to try something on her menu. I'd recommend the grilled sub of the day, the Caprese sub, the Muffaletta, and any of the panini's.

And they also sell almond nougat - the best candy ever.

Please do a follow-up interview with the owner. She has worked quietly for many years here at various places downtown and was integral to Vignola's (the prior iteration on Juliet's.)