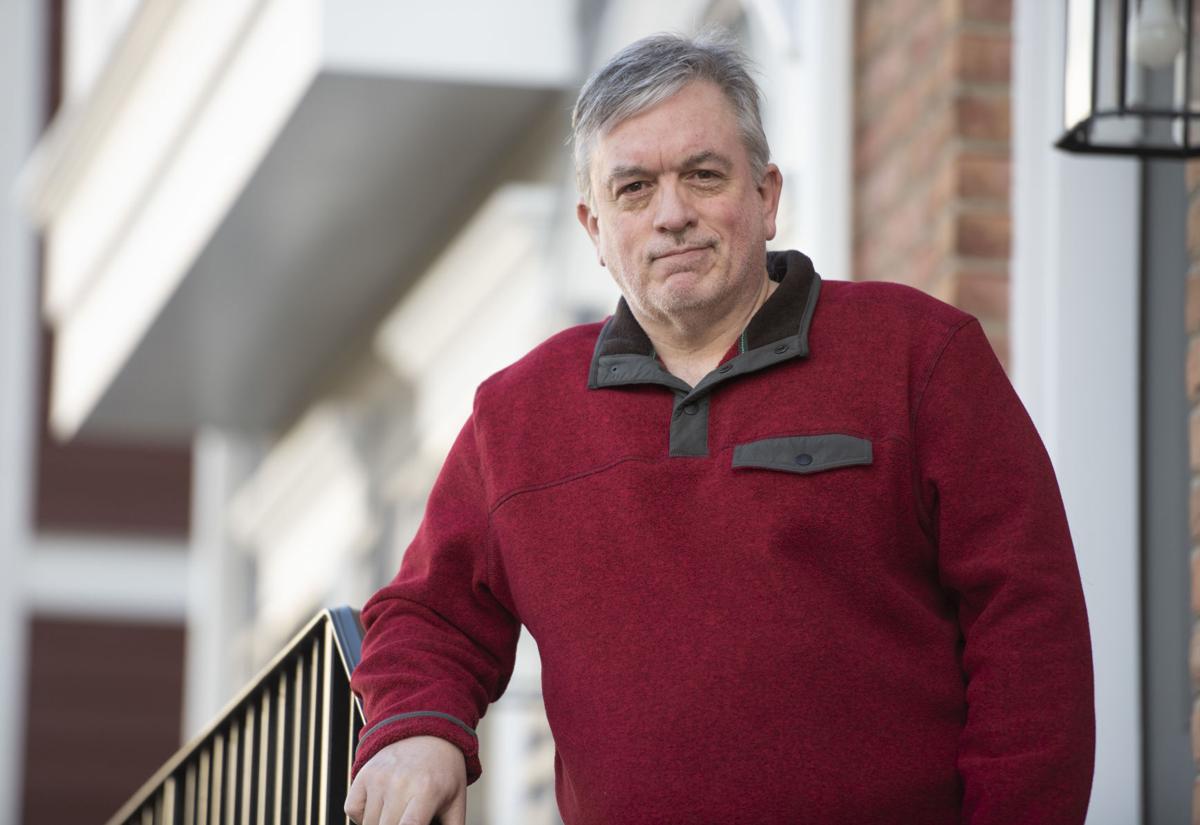 Bill Lord, founder and executive director of the Global Z Recording Project, shown recently outside his home in Urbana. 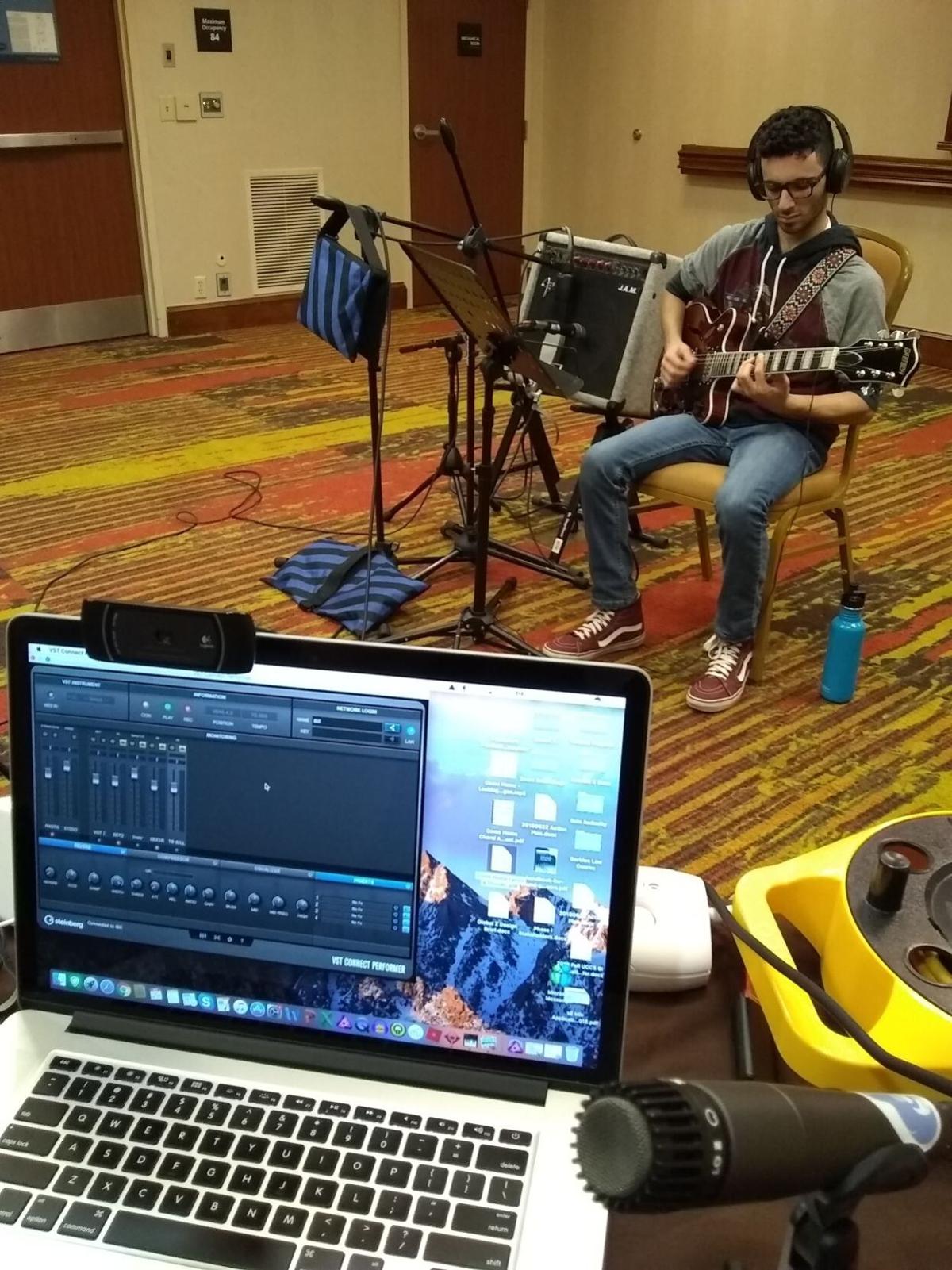 Max Stratyner, a student in Frederick County Public Schools’ Academy for the Fine Arts, performs on the guitar as part of Global Z’s phase I project in October of 2018. 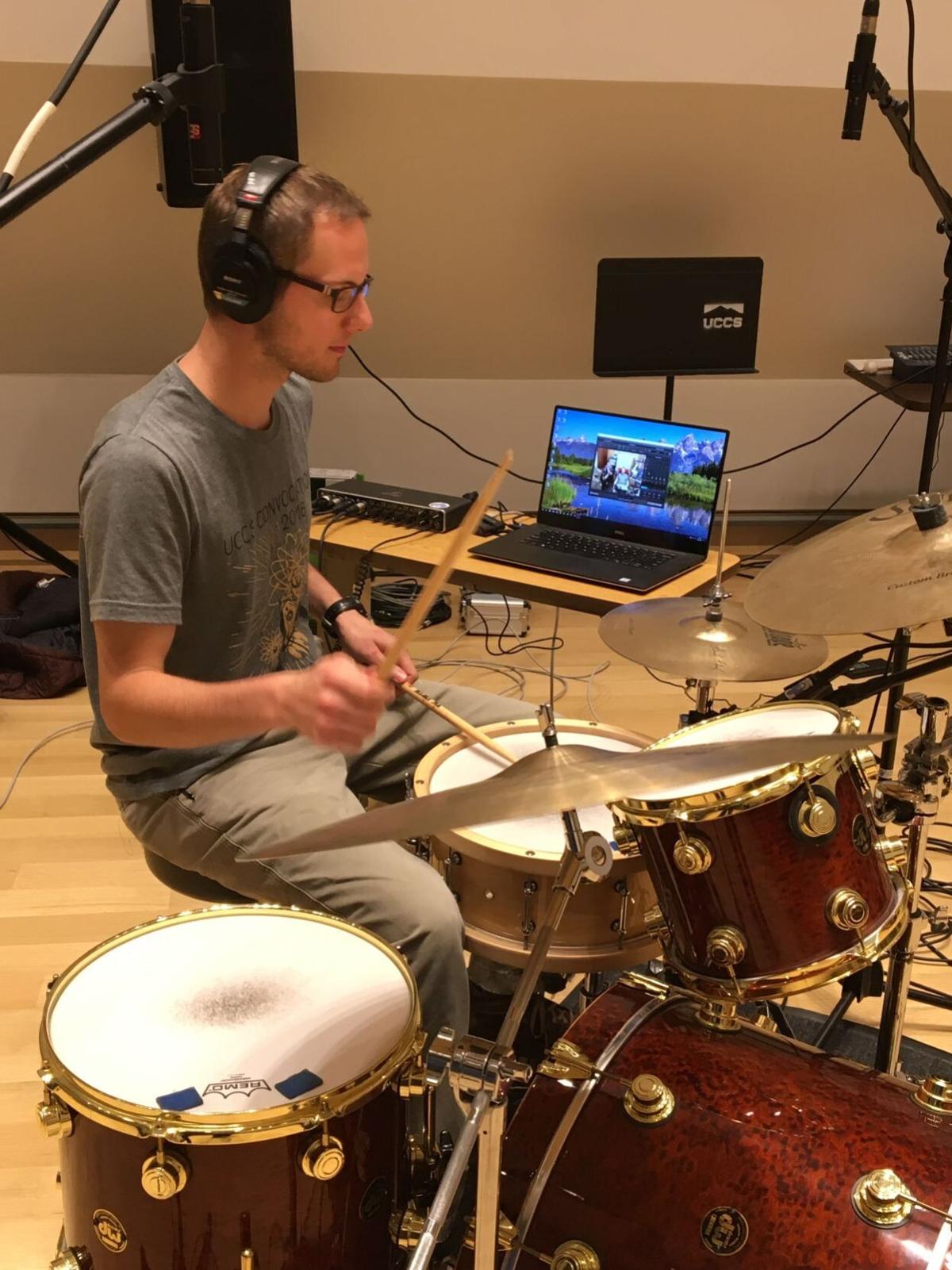 Bradley Plesz, then a University of Colorado, Colorado Springs graduate student, playing the drums as part of the Global Z phase I project in October of 2018.

Bill Lord, founder and executive director of the Global Z Recording Project, shown recently outside his home in Urbana.

Max Stratyner, a student in Frederick County Public Schools’ Academy for the Fine Arts, performs on the guitar as part of Global Z’s phase I project in October of 2018.

Bradley Plesz, then a University of Colorado, Colorado Springs graduate student, playing the drums as part of the Global Z phase I project in October of 2018.

Bill Lord seems well-suited for this particular moment in time. Long before millions of Americans began acclimating themselves to the intricacies of telecommuting and remote learning, he was specializing in distance learning.

In 2015, Lord, who has a doctorate in adult education from North Carolina State University, founded the Global Z Recording Project, a nonprofit organization seeking to affect social change through recording music and building connections over vast distances. From his home in Urbana, Lord coordinates a small team, which is scattershot around the country as they work to build partnerships and remotely record artists who live in disparate locations.

“Essentially, what we’re designed to do is discover talented student musicians from highly diverse cultural backgrounds,” he said, “and bring them together in a virtual environment to record original music ... Music is essentially the foundation for what we do.”

Music as a connector

After successfully recording performances in Frederick and Colorado, with the organization’s audio engineer directing the effort from Towson, the group is moving onto its second, more ambitious phase.

Phase II, referred to as the North American Indigenous Music Project, looks to build connections between tribal communities in the U.S. and Canada.

“We wanted to choose a group of marginalized folks [and provide] them a chance to be seen and heard,” Lord said.

Identifying communities of Indigenous people with whom to partner, and building trust with the tribal leaders, Lord said, has been one of the biggest hurdles.

To help with the effort, he reached out to Kelly Laurila, a lecturer at Wilfrid Laurier University and Renison University, both in Waterloo, Ontario, Canada.

Laurila has a PhD in social work and wrote her dissertation on issues pertaining to Indigenous people in Canada. She now advises Global Z and helps build relationships with their target audience.

“I like the principles, or the values, of Global Z because it is using music as the common connector to really reach out to the diversity of the population,” she said, adding that Canadian Indigenous groups are quite similar to those in the U.S.

In fact, the goal of the phase II project is one that resonates with Laurila — perhaps more than others — because her grandfather was a member of the Sámi people, an Indigenous group in northern Finland.

To build the trust necessary to work with the various Indigenous groups and connect them through music, Lord has prioritized building relationships within those communities.

“We want to make sure that we’re presenting ourselves in an honest and transparent light,” he said. “And make sure we get the support of the tribal leaders; that they endorse us and say, ‘our youth can participate in this project.’”

“There are tremendous cultural differences between the Western world and Indigenous people,” Lord said. “Essentially, all of our project wording, communication strategies, [learning management system] content, and project management processes have been vetted by [Laurila] to help ensure we meet the needs of the Indigenous student participants, their tribes, and the project. Her input has been incredibly valuable.”

As the Global Z team works toward launching the Indigenous music initiative — Lord said the goal is to begin at the end of spring or early summer — they are focusing on acquiring all of the recording equipment and developing best practices for participants.

And because the technology requirements represent the largest cost for the project, the group sought out funding to make sure would-be participants don’t have a financial barrier.

Thanks to a series of grants from The Delaplaine Foundation, The Nora Roberts Foundation and The Mockingbird Foundation, the organization was able to cobble together enough funds to move forward.

The Mockingbird Foundation, which was founded in 1996 by fans of the band Phish to help raise money for music education for children, awarded Global Z two $5,000 grants in what Ellis Godard, the foundation’s executive director, said is more competitive than National Institutes of Health grants.

Global Z was one of only 16 recipients out of almost 1,000 grant applications.

While several charitable foundations exist to get musical instruments into schools that cannot afford them, Godard said The Mockingbird Foundation looks for projects that might fall through the cracks.

“We like these little niche, unusual [projects] where the small amount of money we have can make a big difference in something that isn’t getting the attention it deserves,” he said. “And Global Z looks like that kind of program.”

At a time when music education programs have been financially squeezed by a lack of fundraising opportunities and tightening education budgets, Godard said he hears from all kinds of programs seeking some of the limited grant money available.

But Global Z’s North American Indigenous Music Project rose to the top of the crowded field.

“So between the three of them, we were able to piece together enough funds to actually go ahead and make this thing happen,” Lord said.

Jonathan Cresci, Global Z’s director of audio productions, is responsible for technical aspects of recording participants who are sometimes thousands of miles away.

He holds a doctor of music arts degree from The University of Memphis and was the program manager for audio production at Frederick Community College. Today, he still teaches online courses for FCC from his home in Little Rock, Arkansas.

“It’s important to me because … we’re expanding the role of music in people’s lives,” Cresci said. “And so, we were using technology, which is something that I’m very passionate about, to try to connect people.”

During his time at FCC Cresci involved his students in the Global Z projects. He had them help test and build a database of various microphones so they could identify which hardware would be optimal for various recording environments and also recruited students for the actual recording of phase I of the project, for which one of his students created an original song.

Cresci noted how it took having a pandemic for so many people to embrace something the group had already been doing – connecting groups over the internet and collaborating on recording music in disparate locations.

“This is bringing that to everyone, so everybody can ... experience that; where you get people from all over the world of different cultures together to ... create music and show that we can do that kind of collaboration,” he said. “It’s just very cool.”

Cresci’s experience traveling the world performing on the trumpet helped influence the work he does with Global Z.

“It didn’t really matter whether you spoke the language [of] wherever you were,” he said. “If you were in a music rehearsal, you could sit down and you could perform with somebody and understand everything that they were doing, just from that shared language of what music is.”

The effect of international travel on one’s embrace of different cultures is something Lord also experienced. When he was a child, Lord traveled abroad with his father, who worked for IBM’s global division.

“Even at a young age, I was really intrigued by cultural differences, and got to experience those and meet people from different cultures,” he said.

Lord’s full time job — everyone with Global Z essentially is a volunteer — is with the United States Department of Agriculture as a senior training specialist for distance learning. While communication over the internet has long been at the heart of his work, professional and academic, it wasn’t until relatively recently that an idea he had finally germinated.

“I realized that the technology wouldn’t support what I wanted to do back [in grad school]. So I had to wait for the technology and the bandwidth really to catch up.”

Now that it has, the group is eager to begin connecting musicians from some of the 574 federally recognized American Indian and Alaska native tribes and 630 First Nations the Canadian government recognizes.

When the recording for the Indigenous music project finally begins, students will take part in facilitated discussion in a learning management system and teach the nascent musicians some best practices for recording.

“So we’re teaching them new skills that they can carry with them as artists as they move forward,” Lord said.

It is fantastic to read about a project to bring people together via the universal language of music. Keep up the good work!