You have permission to edit this article.
Edit
Home
News
Opinion
Sports
Topics
Calendar
Classifieds
Features
Become a carrier
1 of 7 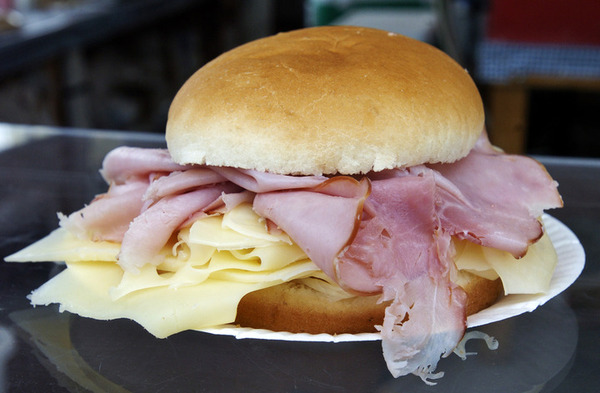 Ham and swiss cheese sandwiches like this one have been available at Amish food booths at The Great Frederick Fair. Staff file photo by Sam Yu 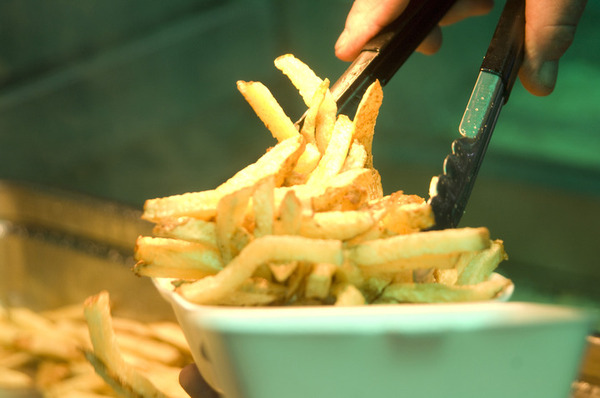 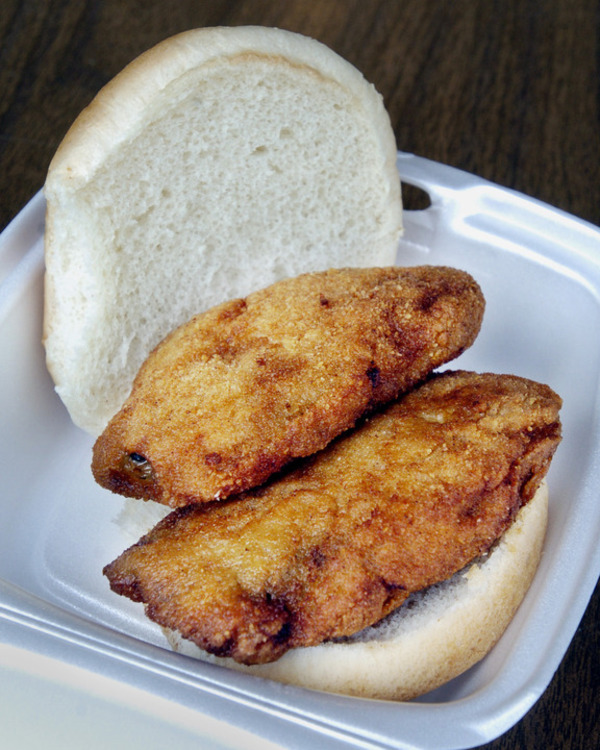 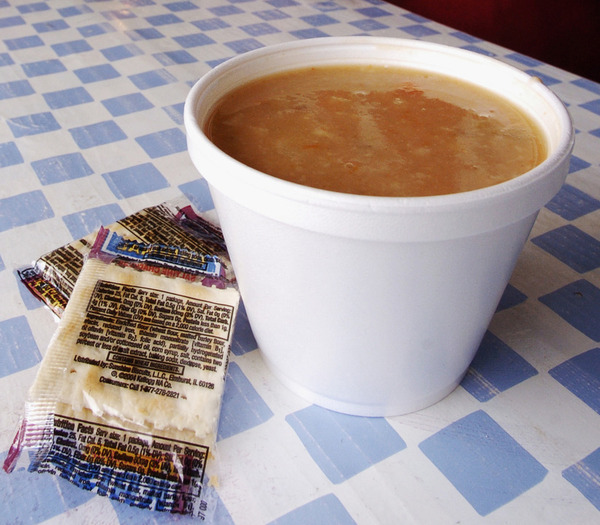 One of the items available in the past at the New Market Grange food booth at The Great Frederick Fair is bean soup. Staff file photo by Sam Yu 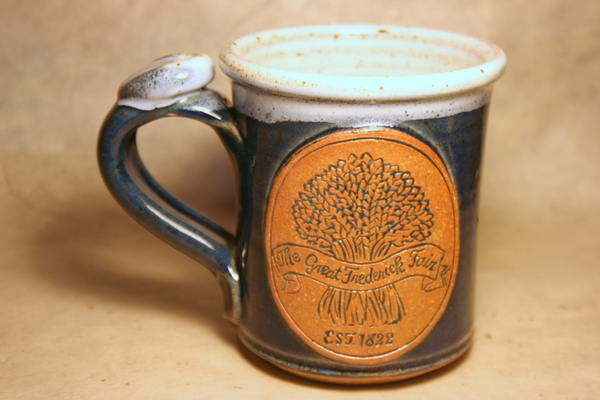 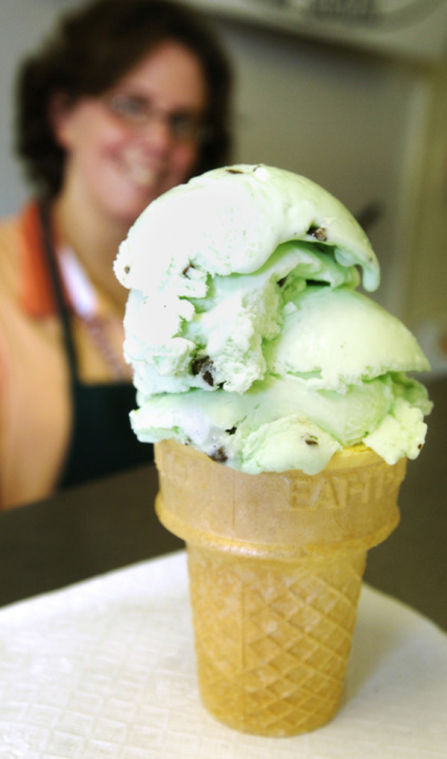 A favorite place to get ice cream at The Great Frederick Fair is the Frederick County Farm Bureau. Shown is mint chocolate chip. 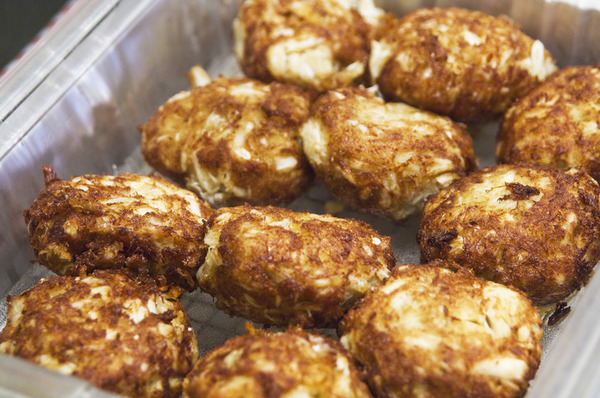 Ham and swiss cheese sandwiches like this one have been available at Amish food booths at The Great Frederick Fair. Staff file photo by Sam Yu

One of the items available in the past at the New Market Grange food booth at The Great Frederick Fair is bean soup. Staff file photo by Sam Yu

A favorite place to get ice cream at The Great Frederick Fair is the Frederick County Farm Bureau. Shown is mint chocolate chip.

When country music’s Tate Stevens comes to play on The Great Frederick Fair’s grandstand stage Sunday, Sept. 15, you might find him on the Midway munching on corn dogs and funnel cakes.

“I have been a fair food connoisseur for many years,” said Stevens in a phone interview last week. The Missouri-native and “The X Factor” Season 2 winner has tried deep-fried Twinkies, Oreos, Snickers and pickles, but it’s hard to beat the “ordinary fair foods” like funnel cake.

Yes, when it comes to the fair some people come for the rides and games, some for the animals and Machinery Row, some for the grandstand entertainment, but for a lot of people it’s a week of noshing on corn dogs, crab cakes, cotton candy and candy apples.

This year, along with the familiar foods, fair-goers will have some new treats to tickle their taste buds.

“We have 48 food vendors this year,” said Becky Brashear, the fair’s general manager. And some of them will be serving some new items, including fresh peach sundaes, deep-fried vegetables, pit lamb and deep-fried cheese. And along with the beer garden, fair-goers can now visit the indoor wine garden.

During fair week, three teas created specifically for the GFF will be available at the gift center, located outside the Null Building. The fair worked with Mary Jean Clark of Voila in Frederick tea shop to develop the signature flavors, which are tied to this year’s theme of “Under every nose is a smile at The Great Frederick Fair.”

The three flavors are cotton candy, candy apple and caramel popcorn, said Karen Crum, social media planner and public relations coordinator for the fair. “Each will be available in 1-ounce tins and come with a tea infuser. They will be sold as a package with a (GFF) mug or separately,” she said. The mug has a speckled blue finish and the fair’s wheat log and banner along with the words “Established 1822.” The tins have the GFF and Voila logos on them.

WFRE radio personality Dave Conrad was born and raised in Frederick. “This will be my 51st Great Frederick Fair,” he said, adding he’s missed a few fairs in his 57 years.

“I have different places for different things,” he said. For breakfast it’s Dougherty’s (Country Kitchen) for bacon, sausage, eggs and more bacon. He likes the bean soup and the egg and cheese sandwiches served by the New Market Grange.

“JB Seafood is one of the newer ones and is good for dinner, “ he said. “Uncle Moe’s Soul Food puts out great stuff, like fried catfish and hush puppies. Of course, you can’t go to the fair without going to Hemp’s for a roast beef sandwich that’s been smoked all day. The list can go on and on.”

Conrad said he likes to support local organizations, churches and businesses, and misses the days when many of the fire companies had food stands at the fair.

Lee Redmond, 47, remembers when fresh-baked kinklings were a fair treat. In the ‘70s and ‘80s, the Feagan family had a stand on the corner next to the Household Building (now called the Null Building), she said.

She remembers watching taffy being pulled at one stand. “Trinity Church had a tent. My parents used to eat there and I would watch the taffy pulling,” said Redmond, a life member of the Frederick County Agricultural Society Inc. “(My parents) would have fried oyster sandwiches. I was never into that.

“I always have to have a crab cake, go to Hemp’s for barbecue and get a milkshake” from the Dairy Bar under the grandstand,” Redmond said.

Redmond and her father will try the crab cakes at various vendors and “compare notes. Every year we’ll critique them,” she said.

John Nicodemus, of Walkersville, said the fair has been part of his life “pretty much all of my 57 years,” particularly when his daughter, Anna, and son, Tim, were showing sheep in their 4-H days.

His favorite? Ham and swiss cheese sandwiches and shoo-fly pie from the Pennsylvania Dutch tent near the grandstand. “Those have been favorites for as long as I can remember,” he said.

But each member of the Nicodemus family seems to have had their own favorite over the years. His wife, Ellen, enjoys ice cream cones from the Dairy Bar, daughter Emily was a fan of fresh-squeezed lemonade while daughter Anna liked the bean soup from the Grange food stand by the sheep barn, and for son Tim it was a root beer float.

Nicodemus said, as a youngster he was more into the rides and games than the food.

Conrad said one of his earliest fair memories is walking through the Midway and past the hoochie coochie shows with his grandmother, who always gave him a sharp warning: “Let me see you looking over there once and we will go home!”

People watchin' is the best part of it. The fair brings all sorts out the woodwork. And I, handy with a camera, get some of my best shots of them Saturday night on the midway.

Those who stay away wil not be missed as they hope.Youngsters enjoy Friday fair grumpies.

Oh well, it was fun while it lasted. [sad] michael banks

With the way the fool-lovers waddle, hard to get to the stands given the midway of morbid obesity on display. And wear clothes that fit 'cause ain't no one wanna see all that nasty jigglin'.

I used to enjoy going to the fair to enjoy the food. It's gotten so expensive just to pay to park your car and pay to get in, who can afford to go? It's a shame.

There is no way the food alone could drag me out to the fair. I would rather go to an amusement park then walk around with a bunch of UNSUPERVISED juvenile delinquents. There is nothing that special about the food. Its overcrowded, OVERPRICED and over glorified. The GREAT Frederick Fair has NOT been GREAT since I was a kid. I think the FREDERICK COUNTY PUBLIC SCHOOL system needs to wake up and take FAIR DAY out of the calendar year, ESPECIALLY being the FAIR DOES NOT even give a special promotion on the day they have off. They can give the kids off in the MIDDLE of the week for a Jewish Holiday, so Y not let them have off in the middle of the week on one of the days when they can get a bracelet and ride all day for one price? Also, Y get the kids hopes up who's parents can't afford this OVERPRICED attraction? Hopefully after Mr. Stevens sees what the fair has become he will still wish to return one year. If you can't tell... I HATE THE FAIR!!!

Seriously? The FCPS day off has been a time honored tradition for over 50 years. I can tell you hate the fair, but seriously, you much rather spend over $60 per person to go to an amusement park? At least this is one of the local things left in this county. By the smell of it, you are not from here, so if you don't like it, pipe down and can it. We only go for the food, and walk around, see the exhibits, and see the baby animals. Live a little ya crab.

I did not say get rid of fair day all together... I said "SWITCH" the day or get rid of it. I can go to Idlewild which is a kid centered park, spend $20 and spend all day in rides that don't cost $5 for each one. All I am saying is being that they do give the kids off for a "FAIR DAY" the fair could give a fair deal to the parents of the kids that are being dragged there.

Boy, ddgrange is really a Mr. Cranky Pants. Having grown up in different parts of the country and having attended several fairs and carnivals, I would have to say that the Great Frederick Fair is not so bad in terms of delinquents. Wheeling, WV was the worst and as for Carnivals, I would have to say that Thurmont's Carnival was really bad. The following quote from Star Wars says it all “you will never find more wretched hive of scum and villainy."

Let's get rid of the Turkey legs at the fair. Once they were cool now everyone has them. Vendors need to try something new like Hamdogs or deep fried grill cheese sandwichs.

Yeah, they should bring in Checkers, and setup next to an EMT station.