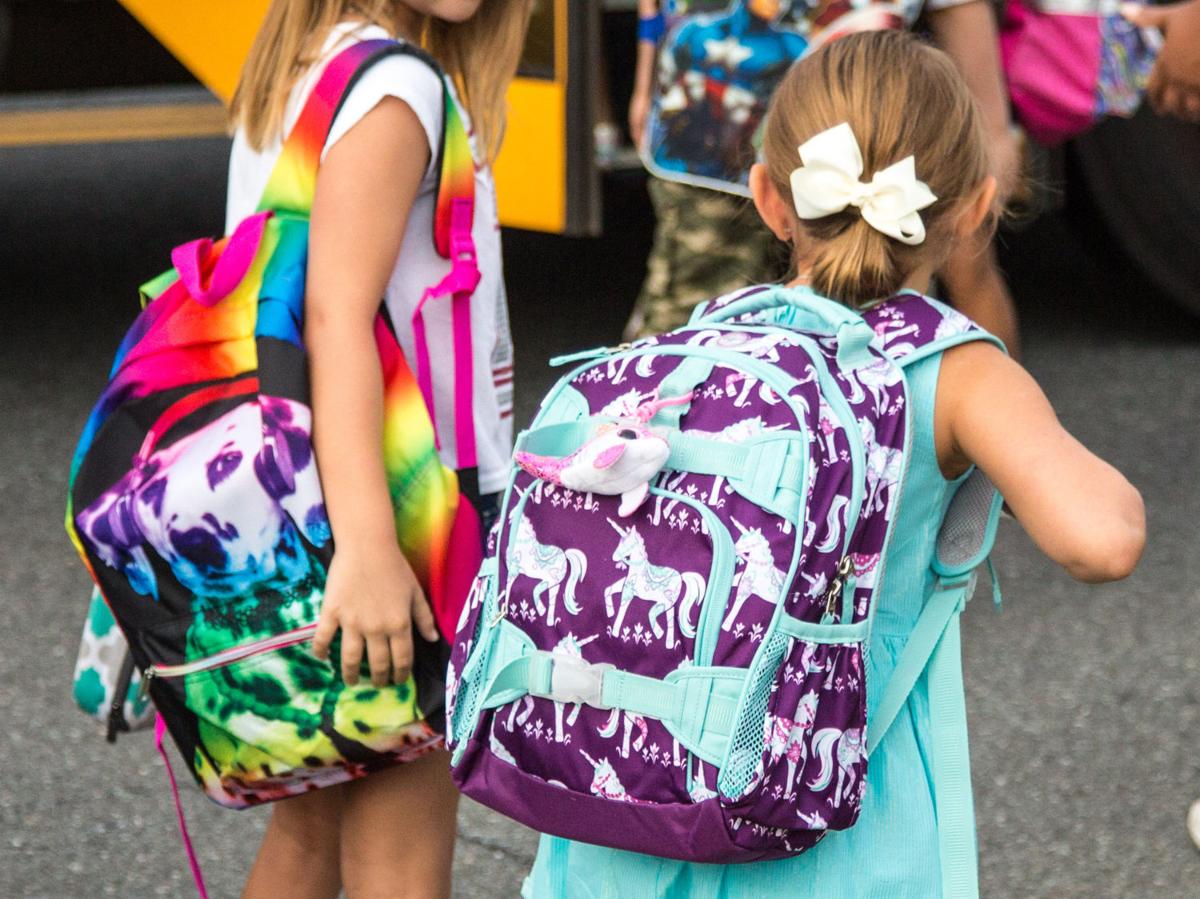 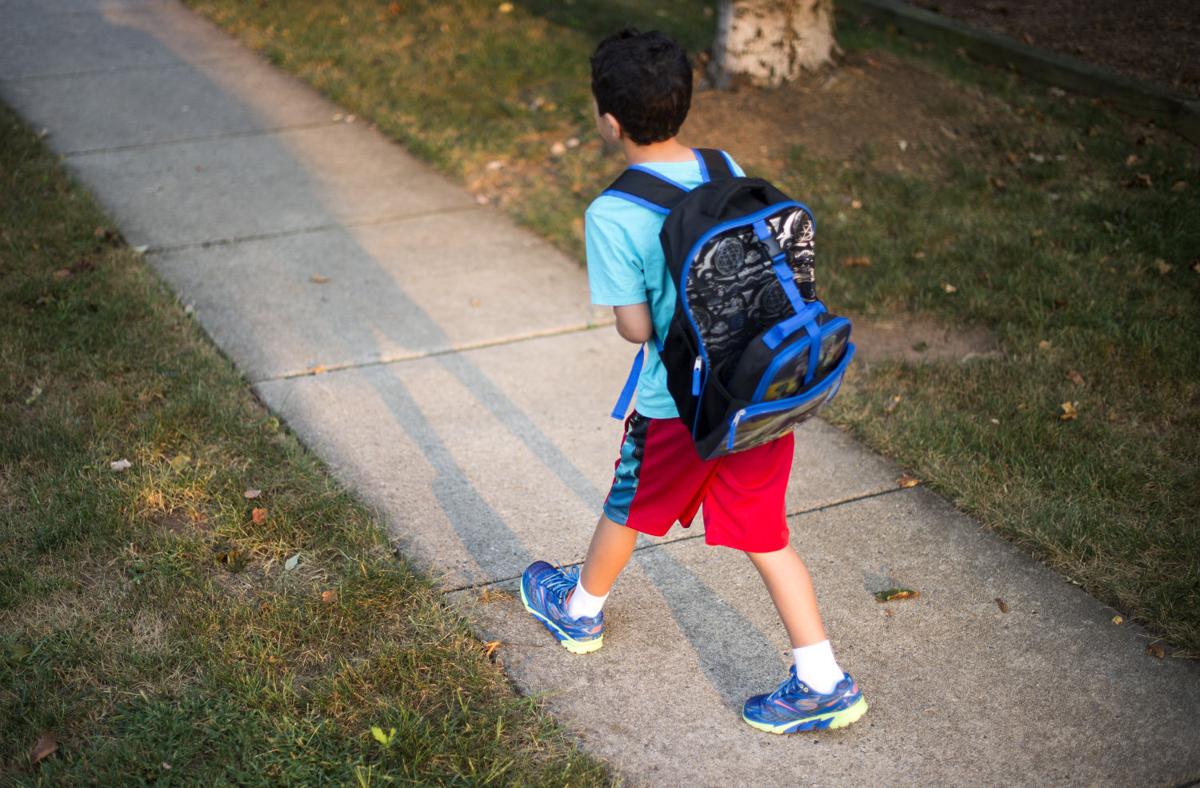 For young children, Jocelyn Idema, a Frederick orthopedic surgeon, says it’s important to find the right size and fit of a school backpack.

For young children, Jocelyn Idema, a Frederick orthopedic surgeon, says it’s important to find the right size and fit of a school backpack.

It’s that time of year again. As schools go back into session, backpacks are slung across little backs carelessly, with no thought about how best to carry them.

Sept. 16 is National School Backpack Awareness Day, according to the American Occupational Therapy Association. About 14,000 kids are treated for backpack-related injuries each year, according to the U.S. Consumer Product Safety Commission. Then there are children who simply have minor aches and pains, which unbeknownst to them or their parents are related to repetitive backpack misuse, find many pediatricians and other health practitioners.

Typically there are two main reasons for the problems. For one, kids often tote too heavy a load. Also they don’t always wear their backpacks properly.

The result is an uneven distribution of weight affecting posture — forcing the shoulders to round and for the child to lean forward, backward or to one side. Ultimately, this stresses back and neck muscles. And backpacks worn with the straps pulled very tightly over the shoulders can affect circulation and put stress on nerves going to the arms and hands.

The good news is backpacks rarely cause permanent damage, according to Dr. Jocelyn Idema, spine surgeon with The Centers for Advanced Orthopaedics – Mid-Maryland Musculoskeletal Institute Division. The pack causes a structural scoliosis, which is a temporary curvature. But it rights itself when it is just from the weight of a backpack.

Still, Idema and a pediatrician from The Pediatric Center of Frederick have cautions and advice for children and parents on best backpacks and how to use them.

“For a teenager, most backpacks are fine. But for smaller children, it’s important to find the right size and fit,” said Idema, adding, “The straps should be fairly snug, and the backpack should not go below the buttocks. If it does, it’s too big, and then it could strain their upper and lower backs.”

For any child of any age or size, how they carry the backpack matters.

They should not sling it over just one shoulder. Otherwise they will still deal with uneven weight distribution and spinal stress due to overcompensation.

“Also, my kids have used the rolling backpacks in the past when they had to bring a lot of books back and forth. But as they have gotten older, they do not have as many text books to carry since a lot of their work is done online. This seems to have helped the situation,” said Hendi.

When kids have no choice but to lug a large load, it’s advisable that they not put all contents in the bottom. Rather they should take advantage of pouches, pockets and side panels.

“Look into hiking backpacks because the part that rests against the back is reinforced with plastic and will provide better support to the child’s back as they carry the weight,” advised Idema.

An alternative to backpacks is a rolling bag on wheels. They typically have straps so they can be carried as well. There are also carry-on suitcases with rollers and handles. But Idema cautions that if the handles are too long or short the user can have gate problems or may twist their bodies when they lug the suitcases up stairs.

Pediatricians and other practitioners who see kids say youth already deal with challenges that can affect their spine, such as growth spurts where the body grows faster than muscles can accommodate. Other habits further challenge their musculoskeletal system, such as extended sedentary periods, or walking bent over their handheld devices.

Add to that the repetitive nature of backpack use, and they can further stress their muscles.

Still, backpacks, when used correctly, are practical, and distribute the weight of the load among some of the body’s strongest muscles—namely the back, according to the American Academy of Orthopedic Surgeons.

Tips from the American Academy of Pediatrics

Choose a backpack with wide, padded shoulder straps and a padded back.

Pack light. Organize the backpack to use all of its compartments. Pack heavier items closest to the center of the back.

Always use both shoulder straps. If your school allows, consider a rolling backpack. Remember that rolling backpacks still must be carried up stairs, they may be difficult to roll in snow, and they may not fit in some lockers.

Tips from the American Academy of Orthopedic Surgeons

A crossbody bag can also be a good alternative for carrying books and supplies.

Tighten the straps to keep the load closer to the back.

Organize the items: pack heavier things low and towards the center.

Carry only those items that are required for the day, and if possible, leave unnecessary books at home or school.

Lift properly by bending at the knees when picking up a backpack.

• Wear the waist belt if the backpack has one.

• The bottom of the pack should rest in the curve of the lower back. It should never rest more than four inches below the child’s waistline.

iPads must weigh a ton these days.

Web MD says no more than 10%. Why all the books, can't look at them all in one night.

what do they carry in those backpacks? Primary? Elementary? Middle schoolers?High school students? Are there that many textbooks today with computers? Just interested.