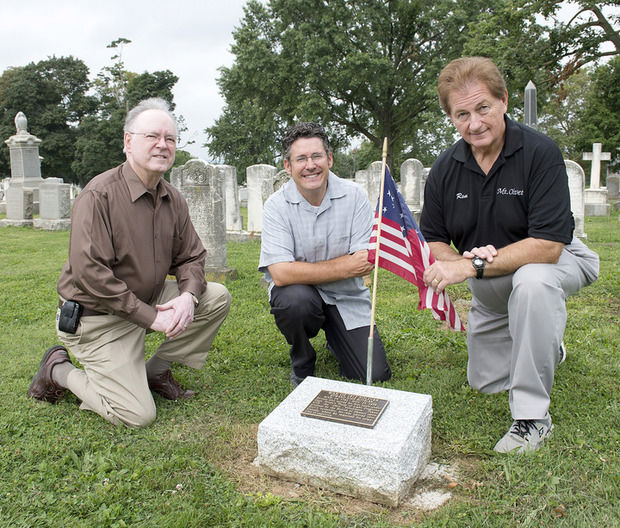 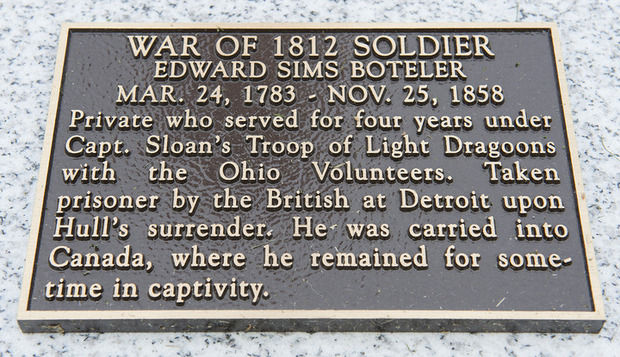 Frederick’s Mount Olivet Cemetery is home to more than 100 veterans of the War of 1812, but time has erased many of their grave markers.

That’s all changing this summer, thanks to a preservation project undertaken by several Frederick County groups.

“We wanted to do some kind of celebration in honor of all the ones we had buried here,’ said Ron Pearcey, superintendent of Mount Olivet Cemetery. “We knew we had 60 or 70 buried here, but we did some research and found out we had 108.”

In addition to his role with the cemetery, Pearcey is also the president of the Francis Scott Key Memorial Foundation, and helped spearhead the project. The third partner is the Tourism Council of Frederick County.

The project is currently fully funded, thanks to an anonymous $10,000 donation from a member of the foundation, and matching grants secured by the Tourism Council. However, markers can be sponsored by covering some or all of the $300 cost, Pearcey said.

The project will place a plaque on a granite base at the grave site of each of the 108 War of 1812 veterans buried at the cemetery, replacing worn out or missing markers for most of the men. It will also feature the 15-star flag the men fought under.

The marker at the gravesite will have the soldier’s name and information about where they served and who they served under. Many of the soldiers were originally buried at other cemeteries in Frederick and were moved to Mount Olivet, Pearcey said. He views the marker project as a way of preserving Frederick’s history.

“They’re our first citizens of Frederick County,” he said. “Captains, former mayors — That’s how to preserve what was in Frederick and a lot of people don’t really know it.”

Pearcey said the project would also be producing a book including all the information they’ve discovered about the soldiers, and will be available later this year. Workers are installing the markers over the summer, and they will be unveiled at a ceremony entitled Home of the Brave on Sept. 13 and 14.

Chris Haugh, Scenic Byway and Special Projects Manager for the Tourism Council, said the project grew out of the tourism at the burial site of Francis Scott Key, who is interred in the cemetery.

“Thousands of visitors have been to that site, but lurking in the shadows were these other veterans of the War of 1812,” he said.

Haugh said the Sept. 13 event, which begins at 7:30 p.m., will include a 90-minute candlelit walking tour through the cemetery, with introductions to 15 of the veterans.

“We singled out 15 of them along the route,” he said. “Living historians portray each of those 15. As we stop at each of those stations adjacent or near their gravesite, we’ll have each of them tell us a little about themselves — what was their occupation here in town, were they connected to any other luminaries in Frederick history, where did they fight?”

Haugh said the soldiers picked come from all walks of life, from members of prominent families to blue collar workers and even a drummer boy.

The walk concludes with a roll call for the soldiers and a fife and drum corps demonstration, followed by a fireworks show presented by the Frederick Keys. The fireworks are meant to represent the bombardment of the Battle at Fort McHenry, Haugh said.

“Some of these soldiers in the cemetery were in Baltimore fighting,” he said. “We want to kind of at least instill in our audience a bit about the bravery that our former Frederick city and county residents showed in defense of our country.”

The program continues the following morning with a “dawn’s early light” ceremony at about 7 a.m., which will include a spoken word presentation of all four stanzas of the “The Star-Spangled Banner” by the Choral Arts Society of Frederick.

Pearcey said he was amazed at the way the event has grown since the idea of installing markers started.

“People will be able to have a walking tour,” Pearcey said. “What started out as a little project kind of blossomed into a great event.”

Home of the Brave

A candlelight wagon-led walking tour of selected War of 1812 veteran graves within the cemetery, including that of Francis Scott Key. The program will feature spoken word and musical selections, along with a roll call. Saturday's program will be capped with a fireworks display, provided by the Frederick Keys baseball team.

What a great project! Remembering our veterans of every war is very important, and the celebration sounds like one not to be missed.