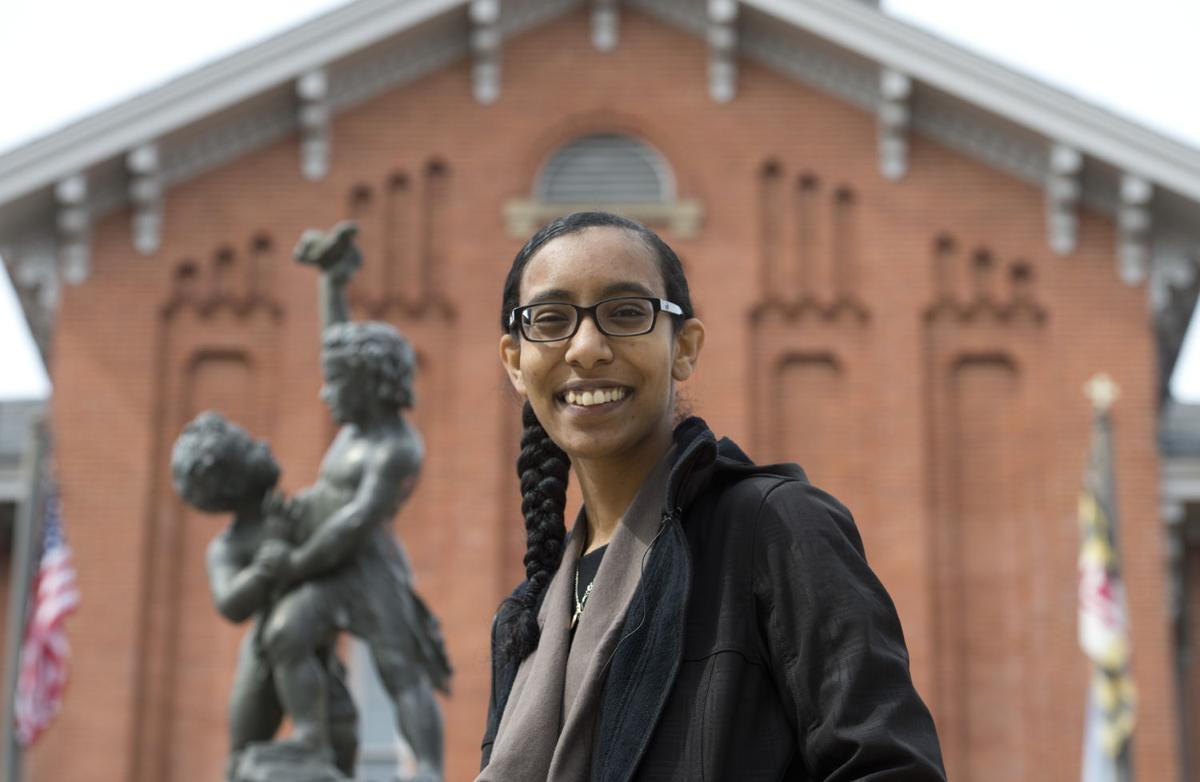 Abby Tesfaye, a University of Maryland graduate student, is shown Tuesday in front of City Hall in Frederick. 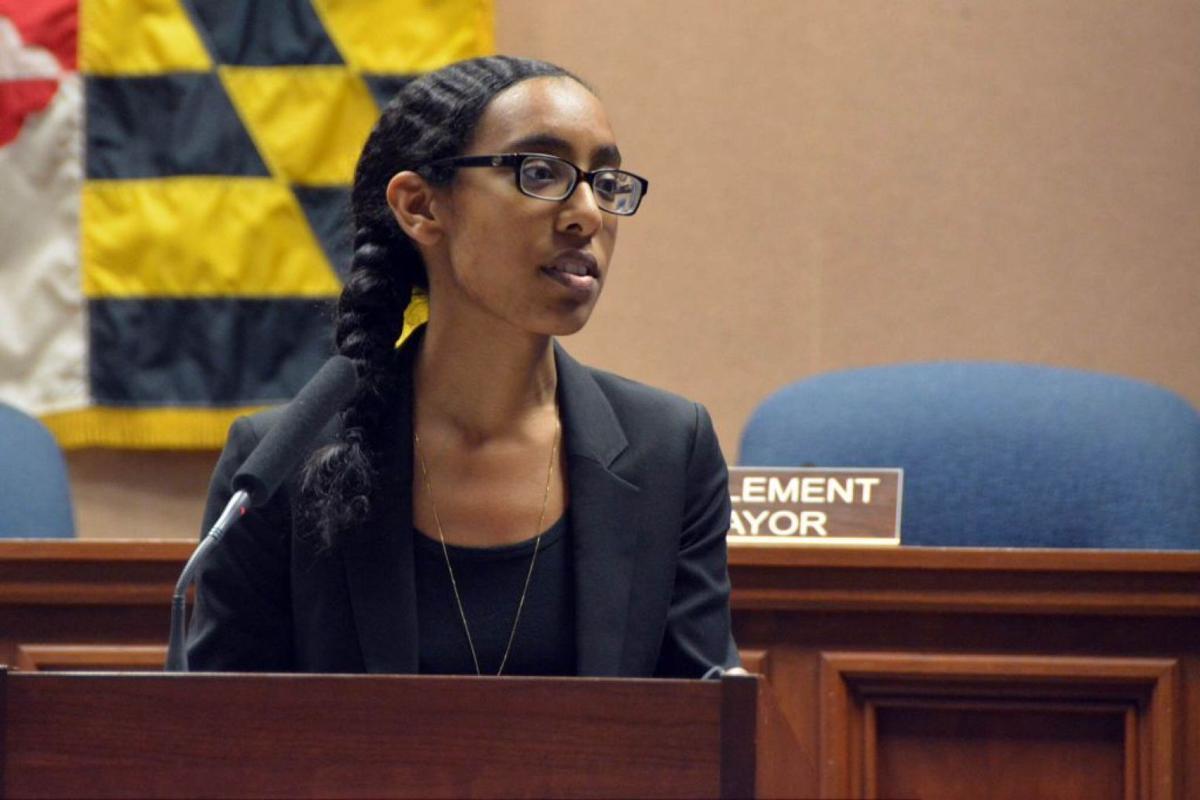 Abby Tesfaye, a graduate student at University of Maryland presents her plans for an architectural walking tour guide to city of Frederick officials.

Abby Tesfaye, a University of Maryland graduate student, is shown Tuesday in front of City Hall in Frederick.

Abby Tesfaye, a graduate student at University of Maryland presents her plans for an architectural walking tour guide to city of Frederick officials.

Abby Tesfaye thought downtown Frederick, with its historic buildings and varied architecture, could use a tour guide.

So she made one.

The city now has the brochure on its website, and hopes to make copies to be displayed in City Hall, the Frederick Visitor Center, and other places across the city, said Joe Adkins, the city’s deputy director of planning.

“It highlights all of the good architecture we have downtown. ... And that’s one of the key reasons people come downtown,” he said.

Tesfaye was one of several University of Maryland students to study Frederick through the new Partnership for Action Learning in Sustainability program. The city agreed to pay the university a total of $90,000 this fiscal year for the work — $5,000 for each course involved. The students presented their finalized projects and ideas last month.

Tesfaye, who is pursuing a dual degree in historic preservation and community planning, started on the project in September as part of her vernacular architecture course.

The city thought of the idea for the brochure, as the city has a history tour for bicyclists and other marketing pieces, but none for this purpose, Adkins said.

“The staff just doesn’t have the time to do it ourselves,” he said.

Frederick should take advantage of its architectural history as much as it can, Tesfaye said.

“The buildings are really beautiful, and it is really the type of building stock I would like to live and work in,” she said.

To come up with the list of buildings featured on the brochure, she got ideas from city staff, walked downtown Frederick four or five times, and got help from her professor.

Not only does downtown have Federal and Georgian architecture, it also has Italianate architecture, she said, making it even more interesting.

The brochure includes City Hall, five church buildings, historic houses such as Potts House on North Court Street, mansions such as Trail Mansion on East Church Street and Houck mansion on North Market Street and other landmarks such as the Schifferstadt Architectural Museum.

Tesfaye said she tried to make the walk, which may take a total of about two hours if you stop at all 20 sites, not only aesthetically pleasing but also generally interesting. There are opportunities for pit stops along the way, like eating lunch at Isabella’s, which is on the ground floor of one of the buildings mentioned on the tour, the Hendrickson Building on North Market Street.

The city should take it a stop further and make a website and an app, Tesfaye said.

“Frederick had a quiet time, but now it’s resurging.”

Follow Jen Fifield on Twitter: @JenAFifield. Know of someone who would make a good Slice? Email your suggestion to citydesk@newspost.com or call 301-662-1178 and ask for a city editor.

What an excellent idea! I hope the maony can be found to print these brochures. Thank you!

How about the brutalist office building on B & O Ave? You either love hate that architecture style.